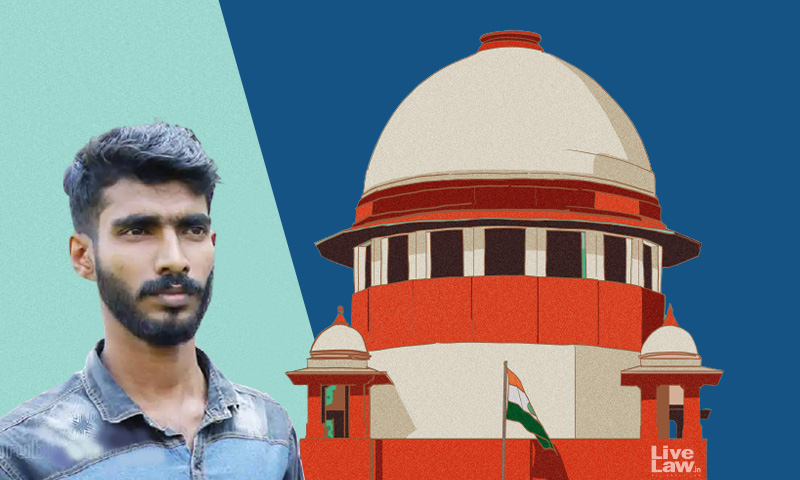 Today, the Supreme Court handed down an important judgment reading down Sections 38 and 39 of the Unlawful Activities Prevention Act ["UAPA"]. Thwaha Faisal v Union of India was an appeal from the judgment of the Kerala High Court, delivered on 4th January 2021. In that judgment, the High Court had canceled the bail granted to Thwaha Faisal by the NIA Court, and directed him to return to jail....

Today, the Supreme Court handed down an important judgment reading down Sections 38 and 39 of the Unlawful Activities Prevention Act ["UAPA"]. Thwaha Faisal v Union of India was an appeal from the judgment of the Kerala High Court, delivered on 4th January 2021. In that judgment, the High Court had canceled the bail granted to Thwaha Faisal by the NIA Court, and directed him to return to jail. I had pointed out at the time that the High Court's judgment was deeply flawed. On appeal, however, a two-judge bench of the Supreme Court, in a judgment authored by Oka J, set aside the High Court's judgment, and restored Thwaha Faisal's bail (and also dismissed the Prosecution's appeal against the medical bail granted to his co-accused).

To recapitulate: the accused had been booked under the UAPA for alleged association with the banned CPI (Maoist). The evidence against them consisted of: (a) possession of certain books, (b) the making of "cloth banners", and (c) attendance at various meetings. There was no allegation they had themselves committed any violent acts, or had provided material support to any terrorist organisation. However, the High Court had seized upon the allegations to hold that the accused were "protagonists" of the CPI (Maoist), had close links with people who, in turn, had close links with the CPI (Maoist), and that the literature in their possession had the "seeds of promoting secessionist ideology." As had been pointed out at the time, this was in flagrant contradiction of well-established Supreme Court jurisprudence that limited membership of unlawful organisations under the UAPA to "active membership", i.e., to actual incitement to violence.

The Court begins its analysis with a close textual reading of Sections 38 and 39 of the UAPA. The two-judge bench notes that the requirement of "association" – the gravamen of the offence – includes an intention to further the activities of the terrorist organisation in question. This is true for both Sections 38 (that defines the concept of membership in terms of association) and 39 (that provides examples of association, such as the organising of meetings). Thus, without material that demonstrates that the actions of the accused were committed with the intention of furthering the activities of the organisation, a prima facie case under the UAPA would not be made out. Significantly, the bench of Oka and Rastogi JJ hold:

Applying this to the facts of the case, the bench of Oka and Rastogi JJ note that on the basis of the evidence in the police chargesheet, taken at the highest, "it can be said that the material prima facie establishes association of the accused with a terrorist organisation CPI (Maoist) and their support to the organisation." (paragraph 32). The chargesheet basically showed that the accused were in possession of various written materials related to the CPI (Maoists), were a part of protests or meetings allegedly organised in connivance with the CPI (Maoist), and had made various banners/posters. Assuming all this was true, the bench holds, it must nonetheless be shown that this "association" or "support" was given with the intention of furthering the activities of the organisation:

In a given case, such intention can be inferred from the overt acts or acts of active participation of the accused in the activities of a terrorist organization which are borne out from the materials forming a part of charge sheet. At formative young age, the accused nos.1 and 2 might have been fascinated by what is propagated by CPI (Maoist). Therefore, they may be in possession of various documents/books concerning CPI (Maoist) in soft or hard form. Apart from the allegation that certain photographs showing that the accused participated in a protest/gathering organised by an organisation allegedly linked with CPI (Maoist), prima facie there is no material in the charge sheet to project active participation of the accused nos.1 and 2 in the activities of CPI (Maoist) from which even an inference can be drawn that there was an intention on their part of furthering the activities or terrorist acts of the terrorist organisation. An allegation is made that they were found in the company of the accused no.3 on 30th November, 2019. That itself may not be sufficient to infer the presence of intention. But that is not sufficient at this stage to draw an inference of presence of intention on their part which is an ingredient of Sections 38 and 39 of the 1967 Act. (paragraph 35)

These observations are extremely important. Oka J here notes that in order for Sections 38 and 39 to be attracted even prima facie, the chargesheet must demonstrate some overt act from which it is reasonable to infer that the accused intended to further terrorist acts or activities of the proscribed organisation. In other words, vague allegations of conspiracy, based on the general behaviour of the accused, or of the materials that might have been recovered from them, is not enough: it is for the chargesheet to establish the prima facie existence of the requisite intention, from specific overt acts. If that is not done, then merely showing that the accused were "associated" in some way with the organisation in question is not sufficient: that association must be active (readers will note here the striking similarity with the distinction between active/passive membership that was developed by the Supreme Court in Arup Bhuyan, but which is unfortunately honoured more in the breach).

The Supreme Court's interpretive approach to the UAPA is akin to the recent judgments of the Delhi and Bombay High Courts (analysed here and here). This approach can be summed up as follows: given the stringent provisions of the UAPA, and the near-impossibility of getting bail, if individual liberty is not to be entirely subsumed by the imperatives of anti-terror law, then Courts must follow two principles.

Principle 2: The allegations in the chargesheet must be individualised, factual, and particularistic. The gap between what an individual is accused of, and the actual events, cannot be filled by inferences or speculation. This, again, is exhibited excellently in the analysis in the Thwaha Faisal judgment.

While it may be early days yet, these three judgments – by three different Courts – might reveal a flicker of hope: that there might finally be glimpses of a light at the end of the abyss that the Supreme Court plunged us into with its Watali judgment, and that at long last, the UAPA pendulum might be beginning to swing the other way.

Gautam Bhatia is a Delhi Based Lawyer

This article was first published in his blog Indian Constitutional Law and Philosophy. Read the original article here