Supreme Court's Web Access For The Litigant, Lawyer And The Judge With Disability? 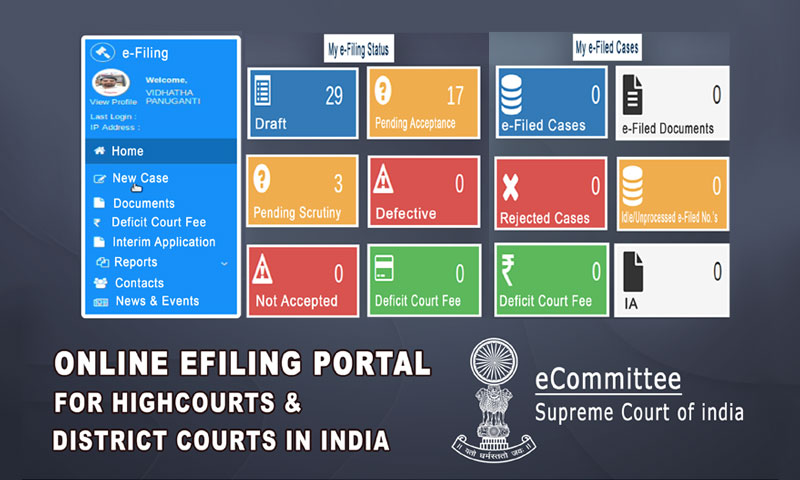 The Rights of Persons with Disabilities Act came into force on 19th April 2017. It was perceived as a landmark legislation keeping in mind the progressive shift it brought in the approach towards and the overall gamut of rights for persons with disabilities in India. The law essentially looked at and spoke of persons with disabilities as equal participants in public life, who must mandatorily enjoy access to all those rights, which are available to persons without disabilities. At the outset the law provides for 'Equality and Non Discrimination' as a blanket right of PwDs. The Law further provides for a right to community life, home and family, reproductive rights and protection from abuse, violence and exploitation. However history has shown that equality cannot become a reality due to lack of access to public institutions, facilities etc. Thus the Act further provides for ensuring equality in access by providing adequate measures.

For instance Section 12 of the Act provides that, 'The appropriate Government shall ensure that persons with disabilities are able to exercise the right to access any court, tribunal, authority, commission or any other body having judicial or quasi-judicial or investigative powers without discrimination on the basis of disability.'

To substantiate this provision (to facilitate access) the law further provides that the Government should ensure that all public documents are in accessible format and that the filing departments, registry or any other office of records are supplied with necessary equipment to enable filing, storing and referring to the documents and evidence in accessible formats.

To turn these provisions into reality social activists, who are persons with disabilities themselves have been urging courts to push the government to implement the law.

In this regard, the court passed a few directions in Rajive Raturi versus Union of India, for creating accessible physical infrastructure for the blind, on 15th December 2017. Access to Government websites was one of the issues covered by these directions, noting that, there should be:

All the directions were supposed to be complied with within three months from the date of judgment. The Court heard the matter again after three months, till when the Government was required to submit reports of follow up action taken. Meanwhile, Mr. Rahul Bajaj (a person with Visual Impairment and an Academic Scholar) intervened in the matter demanding certain facilities for visually impaired lawyers practicing in the High Court as well as in Supreme Court. In a subsequent order, after three months (on the 12.02.2019) the Hon'ble Supreme Court passed interim order and sought response from all the High Courts as well as the Secretary General of the Supreme Court before the next date of hearing that was 12.012.2020.

To do a status check on the same, I sought information from all the High Courts to know 'Whether the website of each High Court and Supreme Court is accessible for the deaf and the visually impaired. I received only two substantial responses as yet, from High Court of Sikkim and Uttarakhand, which have followed the direction issued in the matter of Rajiv Raturi Vs Union of India WP(C No 243 of 2005).

Sikkim High Court has not only made its website accessible for persons with disabilities, it has also added a link to voice assistance software to its own and subordinate Courts' website. Using this link, various screen reader applications provided by E-courts service portal can be downloaded in any computer using Window Os. High Court of Uttarakhand also complied with the direction of the Hon'ble Supreme Court in the above mentioned matter. However the Supreme Courts lags far behind in this matter.

When I sought the same information (about the accessibility of the court website from the Supreme Court), I received a response that the STQC (Standardization Testing and Quality Certification) for the website is in process. This response was received on 28th Feb 2019. After one year, when I again asked the same question I received a similar response stating,

"Computer Cell of the Registry is in the process of initiating the process of acquisition of STQC certificate after making the site compliant specially abled persons". (Dated. 14th Jan 2020), thus highlighting that the situation had not changed in the highest court of the land.

This essentially means that a person with Visual impairment or hearing impairment (whether he or she is a litigant, a Lawyer or a judge) cannot actually access the Court with having to depend on anyone. This also explains the poor representation of persons with disabilities in the arena of law like all other fields. Despite two legislations having been passed (one in the year 1995 which got replaced by the second and more progressive legislation, RPWD Act 2016), the disappointing part is that the highest Court of Land which has given stern directions as part of various cases for the implementation of the law has not been able to make its own premises processes and website accessible, not leaving the 'people with disabilities' with many choices if they wish to air their grievances before the Court.

Access to information, especially Digital Access has become even more crucial in the current context of a worldwide pandemic that pushed people into their homes (for those who had the luxury of a home) and forced others to be on the road (who were migrant daily wage workers). This is because all information is being supplied to people via radio, TV or Web. Thus ensuring that all this crucial information including advisories, preventive steps and curative measures reach people with disabilities in languages that they understand.

It is pertinent to mention that from March 13th 2020, the Hon'ble Supreme Court has been passing several advisories from time to time, whether these advisories are in accessible format?

Specific efforts of the Hon'ble Supreme Court of India and Government targeted towards persons with disabilities are yet to be seen, especially in light of the current situation, which leaves PwDs more vulnerable than people without disabilities.