Is Pakistan's Move To Take Kashmir Issue to International Court Of Justice A Lost Cause? 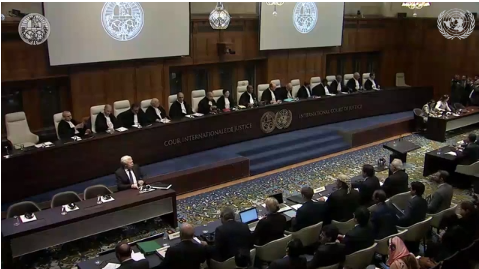 Since the Indian Government's decision to abrogate the special status of Jammu & Kashmir, Pakistan has tried every measure to Internationalize the issue. Islamabad restricted its diplomatic and trade ties with New Delhi, as well as dragged the issue to the UN Security Council. As announced by its foreign minister, Pakistan is now planning to take the Kashmir 'dispute' to the...

Since the Indian Government's decision to abrogate the special status of Jammu & Kashmir, Pakistan has tried every measure to Internationalize the issue. Islamabad restricted its diplomatic and trade ties with New Delhi, as well as dragged the issue to the UN Security Council. As announced by its foreign minister, Pakistan is now planning to take the Kashmir 'dispute' to the International Court of Justice. However, would such a move pass the test of the International Court's jurisdiction?

Article 36 in Chapter II of the ICJ Statute lays down the rules for invoking Court's jurisdiction. It provides for ways through which a state party can seek Courts jurisdiction:

The first huddle for Pakistan is to define the issue of Kashmir as a 'dispute' where Pakistan is a party. At it was held by ICJ in Northern Cameroons Case, in order to invoke the jurisdiction there has to be a presence of a legal conflict between the two parties ,whose determination shall be objective in nature, and not a political dispute. India has claimed that the political reorganization of the territory of Jammu and Kashmir has been done as per the Indian Constitution and the same is India's internal matter. Moreover, the decision does not affect the status quo on the Line of Control (LoC) with Pakistan-occupied Kashmir or on the Line of Actual Control (LoAC) with China-occupied Aksai Chin. Therefore, there's no recognised legal claim/right of Pakistan that has been violated through the present decision and the same is merely a political controversy.

Even if Pakistan succeeds to show Kashmir as a legal dispute warranting the jurisdiction of the Court, the ICJ would not be able to entertain the plea considering that there's neither any consent nor any special agreement between India and Pakistan which refers the said dispute to Hague. As it can be safely assumed, India would never enter into any such agreement even in the near future. The principle of state consent is a focal point of international judicial jurisdiction. As Professor Thirlway pointed out, no state can be compelled to accept the jurisdiction of the ICJ. Even Article 33(1) of the UN Charter allows confers the right to parties to a dispute to resort to methods of settlement of their own choice. Hence, ICJ cannot possibly exercise jurisdiction over the Kashmir issue unless India consents to it through a special agreement.

The third window of Unilateral Declaration is also futile as India, in its declaration of 1974, has specifically excluded the permanent jurisdiction of the ICJ from the matters involving territorial status.

Pakistan's attempt to get a UNSC referral has also been a failure. The recently concluded informal meet of the permanent members of the Council have reiterated that their stand from 1971 which asks both the states to sort out their issues bilaterally. Moreover, considering India's foreign policy and the recent statements made by the Presidents of France and the USA, getting the UNSC to refer the Kashmir issue to ICJ against India's will looks near impossible.

The last route left for Pakistan is the violation of bilateral or multilateral treaties. On the issue of Kashmir, India and Pakistan have a bilateral agreement in the form of Shimla Agreement (1972) which clearly mentions that disputes, if any, have to be resolved bilaterally. Therefore, recently the UN Secretary General also referred to the Shimla Agreement while rejecting Pakistan's claim to take the matter to UNSC. Apart from the aforementioned agreement, the only other bilateral treaty between India and Pakistan that confers jurisdiction over ICJ deals with aviation.

In order to invoke jurisdiction, Pakistan might argue the beach of human rights treaties by India, for conducting violence in Kashmir, as some of the provisions of these treaties form part of the jus cogens - norms of International Law that are inviolable by any state. However, as it was held both in the Armed Activities Case (New Application) and Application of Genocide Convection Case, violation of jus cogens or erga omnes rules do not provide a special right of jurisdiction, independent from the stipulations of Article 36. Moreover, it rejected the claim that the jurisdiction could automatically flow from the beach of jus cogens rule.

Even if Pakistan invoked the Compromissory Clause of any of the human rights treaties that confer jurisdiction to ICJ, It would first have to show that there's an actual dispute that warrants such invocation and that Pakistan is a party to it. Considering, India regards its side of Kashmir as its internal matter, it would be really difficult for Pakistan, if not impossible, that actions in Kashmir impedes Pakistan's rights under the human rights treaties.

Overall, the picture looks quite bleak for Pakistan if its seeking a successful campaign at the International Court of Justice. However, Islamabad would use this as another opportunity to Internationalise the issue and keep the conversation alive. Whether it would be a diplomatic failure or success, the time would tell.

(Author is working as reporter in Live Law)