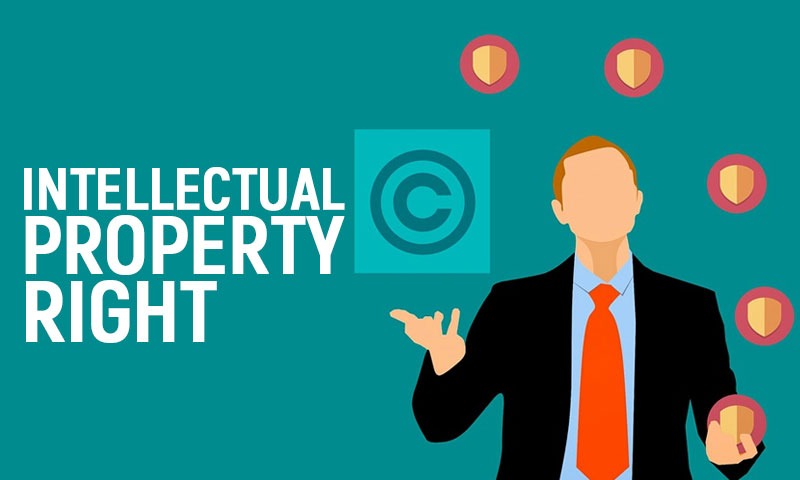 Our understanding of the term 'property' underwent a sea change after the advent of intellectual property rights. These rights have since gained much prominence, so much so that countries across the globe changed their laws to protect and promote them. Intellectual property rights reflect and represent the substantial asset value of some of the biggest corporations in the world....

Conventionally, Section 20 CPC governed the field. It provided for a suit to be instituted either at the situs of the infringer or where the alleged act of infringement was committed. The said restriction put the intellectual property rights owner/plaintiff at a disadvantage in a situation where for instance the infringement arose at place 'X', the defendant resided at 'Y' and the plaintiff was located at 'Z'. In such a case, the only recourse available to the plaintiff was to either chase the defendant at 'X' or 'Y' to seek redressal, but not at 'Z' in any case whatsoever. It inevitably translated into high costs of litigation and extreme inconvenience for the plaintiff. The infringers and fly-by-night operators, therefore, had a gala since it was impractical for a plaintiff to keep flying in-and-out in order to pursue a Suit at a place where it had no presence otherwise.

The Parliament was mindful of this mischief when it enacted the Copyright Act in 1957 (1957 Act). It introduced Section 62[1] in the Act, which for the first time provided that a suit for infringement could be brought at the plaintiff's situs. Similarly, the Trademarks Act (1999 Act) [replaced Trade and Merchandise Act, 1958](1958 Act) was enacted with an analogous provision under Section 134[2]. As a result, an additional forum in favor of plaintiff to institute a suit for infringement was created, which was hitherto unavailable under Section 20 CPC. Hence, a plaintiff could either bring a suit under Section 20 CPC or under special provisions of the 1957 and 1999 Acts.

One of the common characteristics of all these provisions is the use of the phrase 'carries on business'. The Hon'ble Supreme Court ('SC') in Dhodha House v. S.K. Maingi[3] gave an expansive interpretation to this phrase to mean having a business interest at a place, a voice in what is done, a share in the gain or loss and some control notwithstanding that the owner may not even visit such place. It was further held that a Bombay firm that had a branch office at Amritsar where orders were received but subject to confirmation by the head office at Bombay and where money was paid and disbursed, was carrying on business at Amritsar and wasliable to be sued at Amritsar.

Relying on the said interpretation, the Division Bench of the Delhi High Court in Indian Performing Rights Society Ltd. v. Sanjay Dalia & Anr.[4] very lucidly explained the interplay between Section 20 CPC and Section 62 & 134.It categorically held that if the cause of action has arisen at a place where the plaintiff does not have its principal or subordinate office, the suit could be filed in any Court holding territorial jurisdiction over any of its offices. The decision in IPRS (HC) was upheld by the Hon'ble Supreme Court of India inIndian Performing Rights Society Ltd. v.Sanjay Dalia &Anr.[5]It recognized that the impediment under Section 20 CPC for a plaintiff to chase the defendant or the cause of action has been removed by the 1957 and 1999 Acts. It was however, clarified that where a cause of action has arisen where the Plaintiff is also residing, that place would then oust the jurisdiction of other places where the cause of action has not arisen although, at such a place, by virtue of having a subordinate office, the Plaintiff instituting a suit or other proceedings might be carrying on business or personally works for gain.Thus, the position regarding jurisdiction in intellectual property rights cases was fairly settled.

Nevertheless, the problem arose in 2016, when the Hon'ble Delhi HC in Ultra Home Construction Pvt. Ltd vs Purushottam Kumar Chaubey & Ors.[6], while interpreting and applying the law settled by IPRS (SC) decided an appeal against the dismissal of suit for want of 'territorial jurisdiction'. The facts of the case were simple. The plaintiff was carrying on business and had its Principal office in Delhi witha branch office in Jharkhand. The cause of action arose in Jharkhand and not in Delhi. To determine the jurisdictional question, the division bench, interpreted IPRS (SC) and formulated a table contemplating four different situations with corresponding results indicating the place of suing.

In facts of the said case, the second situation was attracted and thus the Division Bench rightly returned the Plaint holding that the Courts at Delhi did not have the jurisdiction to entertain the Suit which ought to have been filed in Jharkhand only. The first, second and the third situations tabulated were in consonance with the ratio of IPRS (SC). However, in formulating the fourth situation, the Division Bench gave an interpretation which was at complete variance with IPRS (SC). In effect, the Division Bench injected restrictions into the plaintiff's rights despite the fact that in IPRS (SC), it was unambiguously held that in a situation where the cause of action had arisen at a place where the Plaintiff does not have its principal or subordinate office, the suit could be filed in any Court holding territorial jurisdiction over any of its offices.

Although the Judgment in Ultra Home was challenged before the Hon'ble Supreme Court, the same was dismissed in limine[7]. As a result, the interpretation afforded by Ultra Home in the fourth tabulated situation never came to be tested on merits.

Only because the matter had attained finality, the Delhi HC adopted Ultra Home as the most recent and correct interpretation of IPRS (SC) without even realizing that in fact the fourth situation formulated in Ultra Home was never affirmed by the Apex Court. Consequently, the Delhi HC has been deciding the issue of 'Territorial Jurisdiction' by juxtaposing every case with the four situations tabulated in Ultra Home.

It was not late when Ultra Home received criticism on its incorrect interpretation of IPRS (SC). The Bombay High Court in Manugraph India Limited and Anr. v. Simarq Technologies Pvt. Ltd. and Ors.[8] observed that Ultra Home gave a restrictive interpretation to Section 62 &134vis-à-vis Section 20 CPC, which was totally antithetical to what IPRS (SC) had laid down. Relevant excerpt of the judgment is reproduced hereinbelow:

"33. I am, with regret, unable to accept the interpretation of Sanjay Dalia in the decision of the Division Bench of the Delhi High Court. I would ordinarily have been loathe to stray too far from the decision of a Division Bench of another High Court; but this view seems to me to be plainly incorrect. I believe the Division Bench of the Delhi High Court was in error, and that error appears to me to be in the first sentence of paragraph 12 where it said that the deeming provision of Section 20, i.e., the explanation, had been 'read into' Sections 134(2) and 62(2) (for isolating the place where the plaintiff can be said to be carrying on business). As we have seen, that was not the issue before the Supreme Court at all, nor did the Supreme Court read down the provisions of either of these two sections. If we view the provisions of Section 20 as a three-tier structure, then the provisions of Section 134(2) and Section 62(2) must be seen as standing apart. Sanjay Dalia recognizes just this. It does not disrupt this structure at all. There is nothing in that judgment to suggest that the provisions of Section 134(2) or Section 62(2) are in any way curtailed by the provisions of Section 20 of the CPC." Similarly in Hindustan Unilever Ltd. vs. Andhra Detergents MAC Marketing[9], the Madras HC disagreed with the view taken in Ultra Home as to the fourth situation mandating the Plaintiff to bring an action only at its registered office when the cause of action arose at a place where the Plaintiff neither has its registered nor subordinate office by recognizing that for the purposes of Section 134 (2), the office of the Plaintiff, whether registered or branch have to be treated alike. It was held:

'24. … Thus, in light of the above said decisions having been analysed, this Court is of the view that the question as to whether the plaintiff having a head office in one place and the branch office in another, is irrelevant, for the purpose of instituting the suit by invoking section 134(2) of the 1999 Act as both those places will have to be treated alike when there is no cause of action is available.'

These events give rise to the question that between Ultra Home and IPRS (SC), what should be the correct exposition of Law? This question becomes even more problematic since both the judgments attained finality after they withstood the challenge before the SC. The only distinction being, that in Ultra Home, the appeal was dismissed in limine whereas, in IPRS (SC), the judgment was affirmed after the SLP had been admitted by the Hon'ble Supreme Court and thereafter decided by way of a detailed Judgment thereby making it the 'law of the land' within the meaning of Article 141 of the Indian Constitution.

The SC in Khoday Distilleries Ltd. and Ors. v. Sri Mahadeshwara Sahakara Sakkare Karkhane Ltd.[10] held that an order refusing special leave to appeal does not attract the doctrine of merger and therefore, such an order does not stand substituted in place of the order under challenge. All it means is that the Court was not inclined to exercise its discretion so as to allow the appeal being filed. On the other hand, once leave to appeal has been granted and appellate jurisdiction of Supreme Court has been invoked the order passed in appeal would attract the doctrine of merger; the order may be of reversal, modification or merely affirmation. Consequently, the decree or order of the lower Court gets merged into the order passed by the superior forum and is therefore, considered a binding precedent.[11]It is thus clear that Ultra Home cannot be construed either as the law of the land or having over-ruled IPRS (SC).

Even otherwise, Ultra Homeis per incuriam IPRS (SC). It has been clearly held by the Hon'ble Supreme Court in the case of Sundeep Kumar Bafna v. State of Maharashtra and Ors.[12]that "a decision or judgment can be per incuriam if it is not possible to reconcile its ratio with that of a previously pronounced judgment of a co-equal or larger bench, or ifthe decision of a High Court is not in consonance with the views of this court". The Hon'ble Supreme Court also noted the possibility where two or more mutually irreconcilable decisions of the Supreme Court are cited at the Bar. In such a situation, the inviolable recourse is to apply the earliest view as the succeeding ones would fall in the category of 'per incuriam'.

Thus, there remains no doubt that IPRS (SC) being the law of the land, should be followed as a binding precedent.
(Mr. Manav Gupta is a practicing advocate at the Delhi HC and Supreme Court of India. He is assisted by his associate Mr. Ankit Gupta)
Views are personal only.