The Art of Kindness 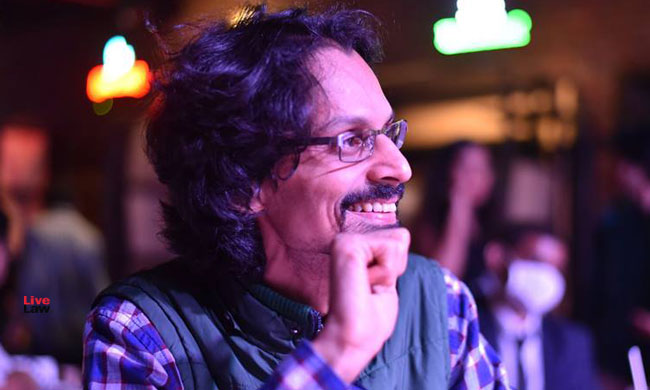 I stood there, with my jaws agape, staring. Ten feet away stood a young adult, two years my senior, naked from the waist up, his muscled chest glistening with what suspiciously looked like a copious serving of oil. Draped lazily across him was the prettiest girl in college who was being studiously ignored by aforementioned Greek God.Not the sight you would expect at the National Law...

I stood there, with my jaws agape, staring. Ten feet away stood a young adult, two years my senior, naked from the waist up, his muscled chest glistening with what suspiciously looked like a copious serving of oil. Draped lazily across him was the prettiest girl in college who was being studiously ignored by aforementioned Greek God.

Not the sight you would expect at the National Law School, Bangalore in the fall of 1996. Mercifully, this tableau was not the standard fare during torts class, but a rehearsal for an inter-college fashion show. If there was one person in the entire cerebral crew of 400 who would have genuinely made heads turn at a Gladrags contest, it was this languid gent on whom the team's hopes were pinned. NLS did win the contest that year, hosted by our equally geeky cousins at the Indian Institute of Science. Little did they realize that our Adonis was soon to prove his worth in an entirely different field.

As a student, Shamnad Basheer had made it a practice to carve his own path. He was clear about his passions, and had little time to have the boxes ticked. As he was to admit some years later, he was vain about his appearance and did not mind flaunting it, but also took great care of his body, religiously following a fitness regime which was daunting to even the toughest souls. He rarely attended his end Term examinations, opting instead to appear directly at the following term's repeat exams which proffered opportunities to those who had failed at the first attempt. The Intellectual Property bug bit him in Prof N.S.Gopalakrishnan's class, and remained the mainstay of his academic endeavours in the years that followed, including his storied spells at Oxford and UPenn.

But none of this truly captured the essence of Shamnad – that was to be found in the eyes of the junior who sat on the parapet listening in wonder as he guided him through a mooting strategy; in the biceps of his classmate who he spotted through bench presses in a cubicle; in the raucous laughter that emanated from his ground floor room where he had passed on a bawdy Malayali ballad to his roommates; in the heart of the lady who he ensured was safely seated on the pillion seat before he kicked the starter of his bike; in the warm glow that enveloped the hostel cook while watching him polish off plates of thoroughly unpalatable fare with a big grin.

Shamnad's ability to connect to people – to truly, completely immerse himself in understanding and knowing another – was what made him such a class act. I have spent years observing him as he stood at pulpits or sat cross-legged on the floor, holding forth on topics as far apart as mysticism and windsurfing, and wondered what it was that made us all hang on to his every word. At the Supreme Court, I have watched with unadulterated pride as Justice Aftab Alam fell under Shamnad's spell during his unprecedented intervention in the Novartis case, and when queried about whether his loyalties lay with the foreign behemoth or the local generics, he cheekily replied: "I am a practicing Buddhist, My Lord. I choose the middle path." I have been piqued by the fact that he would dine (modestly) at our home and then not even compliment his hostess, which was a fact lost on both of us as he kept us captivated for hours speaking about the kids at IDIA and his family of volunteers who keep the ship afloat. He also spoke candidly about the strange affliction that had been his companion over the last decade and how, after trying virtually every medical remedy under the sun, he had surrendered himself to "light and love".

In all of this, Shamnad was earnest, thoughtful, reflective, but above everything he was deeply inquisitive. He wanted to know how things worked, and childlike as he was, he imagined taking them apart and putting them back together as the beauty of patent law revealed its secrets to him. He couldn't understand why a level playing field was so difficult to achieve and so aided the late Rahul Cherian and Inclusive Planet in successfully pushing through the amendments to the Copyright Act making special provisions for the disabled. He was curious about the hidden gems that could be brought into the legal fold, and uncovered hundreds of them through IDIA, also thereby creating a national network of selfless and considerate student volunteers.

As he continued on his zealous path, he touched millions of lives with his lust for life, from quarrymen and truckers to film lyricists, news anchors, columnists, athletes and poets. To be fair, not all of them would sing his praises, for Shamnad's passion shone through in his disagreements as well. He was not averse to naming names in his blogs on SpicyIP when he felt aggrieved, and more than ready to impulsively react to criticism, however fair. He could be bull-headed about his views and once he formed an opinion about someone (good or bad), it pretty much stuck. He rubbed the NLUs the wrong way by taking the mismanagement of the CLAT to the Supreme Court, and pulled no punches when questioning the ethics of lawyers at the Bar (hitherto taboo). Shamnad was one of the fierce early critics of the BCI's Bar Exam, and in my capacity as its Convenor, we clashed often. He expected perfection, and had little sympathy for the logistics of a massive endeavour that could leave one child without a scribe. He was right, of course, and it was this tenacious nature that would win several battles, not for Shamnad, but those whose causes he advocated.

It is easy to forget that someone with such a large heart also possessed the finest mind among legal academics today. Not only was he an international expert on Patent and Copyright law, there was virtually no area of public law that was beyond his ken. Styling myself as a Constitutional lawyer in my blithely innocent younger years, I soon learnt that it was impossible to sustain a legal argument against a man whose knowledge across legal disciplines allowed him to weave glorious threads of logic and common sense into Wonder Woman's lasso of truth! Now couple that with an almost infinite capacity to think out of the box, and one begins to understand how generations of students from NALSAR and NUJS became his devotees.

In the perverse world we have come to inhabit, it was almost expected then that it would be Shamnad who would be rewarded with a disease that left him weighing 40 kilos and alternating between bouts of perspiration and shivers; that his sister would be targeted by vile bigots on social media forcing him to suspend his Facebook account; that his pet IDIA would be left struggling to raise funds every year for a good cause; and that finally he would be taken from us as nature's forces swept through southern Karnataka.

Unlike other requiems, this will not conclude on a sombre note. For Shamnad was anything but that. His very life was a celebration of the mind and the body and the soul – he sowed seeds of learning, he invigorated others, he engendered empathy and sacrifice, he cajoled, pleaded and fought for what was right, and most important of all, he never stopped giving.

Shamnad, my friend - keep that light burning, so it shows us the way.