The Crumbling Rule Of Law In India 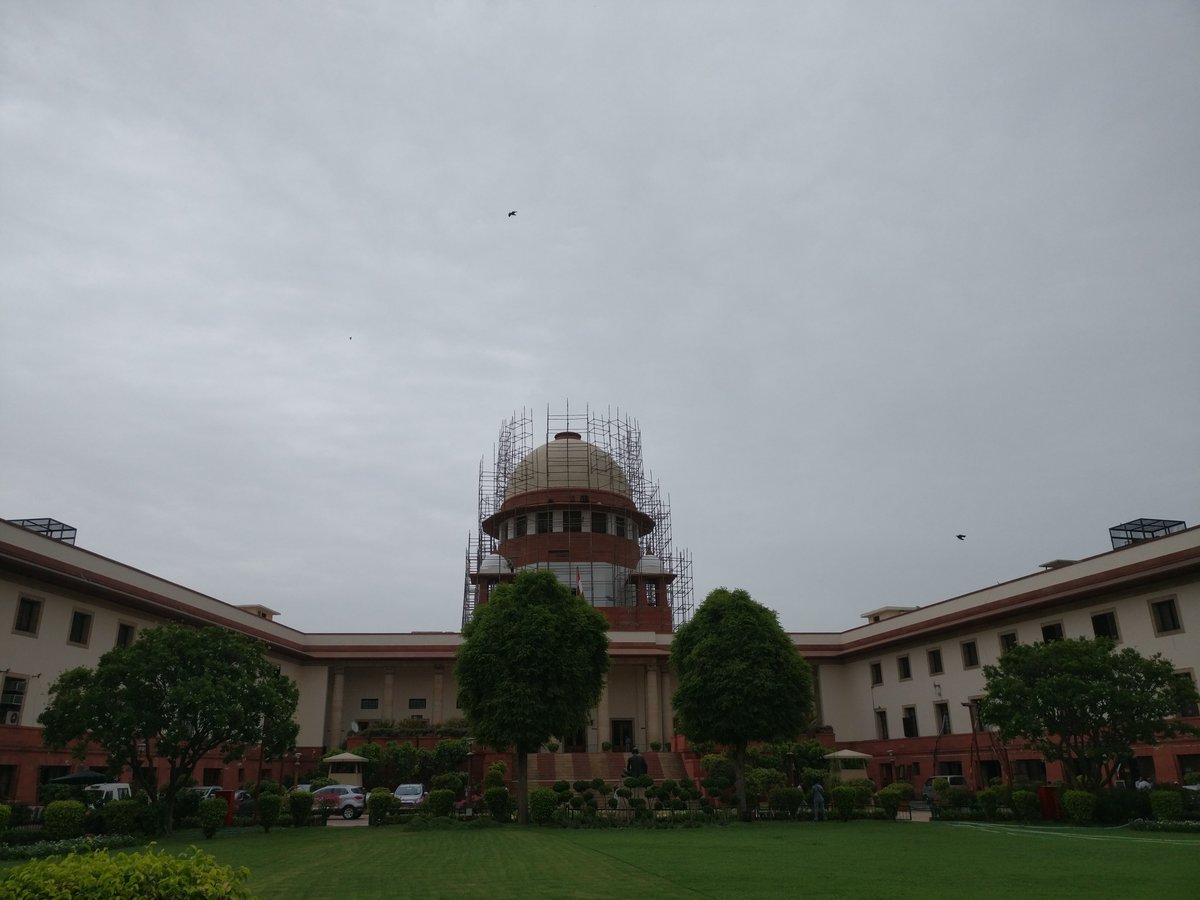 The Government of India needs a firm reminder of what Justice K.K. Mathew[1] said: "The rule of law is not like a twinkling star up above the constitution, it is very much a terrestrial concept which has its habitat within the four corners of the constitution." Human rights activists, lawyers, journalists, academicians and even independent agencies have...

The Government of India needs a firm reminder of what Justice K.K. Mathew[1] said:

"The rule of law is not like a twinkling star up above the constitution, it is very much a terrestrial concept which has its habitat within the four corners of the constitution."

Human rights activists, lawyers, journalists, academicians and even independent agencies have faced widespread criticism, intimidation and violence for exposing the breakdown of rule of law in India. Unfortunately, these acts of harassment are mostly, either state sponsored or in the alternative, have received its ex post facto approval. Even the European Parliament's Sub-Committee on Human Rights Chair Marie Arena has recently expressed great concern over the deterioration of rule of law situation in India.

The Greeks believed that the rule of law was a precursor to the establishment of a prosperous and just society. Even, Herodotus had asserted that, "[G]reeks although free were not free in everything: they had a master namely the law." Aristotle argued that while a perfect world justice would not need laws at all however, in an imperfect world like today's India, justice can only exist if the mutual relations between the state and citizens are regulated by law. However, being extremely pragmatic, he could also foresee a scenario where despite the existence of fair and just laws in a country, an arbitrary and unjust government would purposefully not implement them.

For example, by outrightly rejecting the tribal and other forest dwelling communities' ownership claims and consequently, transferring the agency and power over forest land and its produce to the forest department officials, the government is systematically diluting the Scheduled Tribes and Other Traditional Forest Dwellers (Recognition of Forest Rights) Act, 2006 thereby depriving them of their rights to their ancestral land, life and livelihood. Maladministration, chaos and havoc have resulted from the government's intentional ignorance and insensitivity towards the close symbiotic relationship that prevails in a forest ecosystem among the flora, fauna and human dwellers.

To fill the gap that exists between the rule of law and its actual implementation by the government, the Romans stressed on a well functioning legal system characterised by accessible and impartial courts. Cicero glorified the rule of law in the following words: "It is far greater shame, in a state which rests upon law, that there should be a departure from law. For the law is the bond which secures our privileges in the commonwealth, the foundation of our liberty, the fountain head of justice…the state without law would be like the human body without mind..the magistrates who administer the law, the judges who interpret it- all of us, in short-obey the law in order that we may be free."

Shockingly, the special CBI court in Lucknow completely disregarded newspaper clippings, video cassettes, tapes, printed material, speeches, and witness testimonies and acquitted 32 BJP and VHP leaders in the Babri Masjid demolition case, almost 28 years after the December 6, 1992 incident, for lack of 'credible evidence'. As citizens we can only hope and wish that in the Hathras rape case, the victim's dying declaration is considered as 'relevant fact' and not discarded by the government's investigating agencies.

The Magna Carta of 1215, the spiritual and legal ancestor of the modern concept of rule of law propounded the notion that no person, including the sovereign is above the law and that all persons shall be secure from the arbitrary exercise of governmental powers. John Locke cautioned that a government's legitimacy does not solely depend on the popular consent rather, he emphasised that in order for the government to achieve legitimacy in the eyes of the populace all its powers must be "directed to no other end but the peace, safety and public good of the people".

Paying little heed to the widespread demands for referring the labour bill to parliamentary committees for in depth scrutiny of issues affecting the Indian labour, the government passed the bill through a mere voice vote. Providing a farcical social security scheme for unorganised labour force; making it far easier for industrial establishments to fire workers; and restricting their rights to strike and collective bargaining seemingly, the government is on an anti-labour frenzy. Further, the government's decision to roll back the Question Hour from the Monsoon session of the Parliament, directly injures the rule of law in India.

British jurist A.V. Dicey formulated a unique understanding of the rule of law by linking it with the principle of legal equality. He stated in unequivocal terms that "no man is above the law and every man, whatever be his rank or condition, is subject to the ordinary law of the realm and amenable to the jurisdiction of the ordinary tribunals." As such, when the Prime Minister's Citizen Assistance and Relief in Emergency Situations (PM CARES) Fund's name, composition, control, usage of emblem, government domain name- everything signifies that it is a 'public authority' then why is it being treated differently and kept outside the purview of the Right to Information Act, 2005.

Austrian philosopher Frederich Hayek opined that in a rule of law society human freedoms are of utmost importance such that restrictions on individual freedom are prescribed and defined before hand and the state implements the restrictions very sparingly. But the recent arrest of an octogenarian Catholic priest Father Stan Swamy who suffers from Parkinson's disease, on charges of sedition for his work as a human rights defender is a direct attack on individual freedoms. Further, the ouster of Amnesty International from the country has left a deep dent in the India's human rights jurisprudence and practice.

Adding the substantive requirement to the formal and procedural facets of the concept, Prof. (Dr.) Upendra Baxi observed: "rule of law is always and everywhere a terrain of peoples' struggle incrementally to make power accountable, governance just, and state ethical…The Indian rule of law stands here normatively conceived not just as a sword against State domination and violation and historic civil society norms and practices but also as a shield empowering an encyclopaedic regime of 'progressive' state intervention in the life of civil society." Ironically, instead of protecting the right to housing of the poor amidst the Covid pandemic, the Supreme Court of India in August 2020, ordered for the removal of 48,000 jhuggi jhopdis (hutments) built along the railway tracks in Delhi.

The concept of rule of law runs like a golden thread through the entire fabric of the Constitution of India, 1950. In Additional District Magistrate, Jabalpur v. Shivakant Shukla and Others,[2] Justice H. R. Khanna observed that,"rule of law is the antithesis of arbitrariness. It is identified with the liberty of the individual. It seeks to maintain a balance between the opposing notions of individual liberty and public order. In every State the problem arises of reconciling human rights with the requirements of public interest. Such harmonising can only be attained by the existence of independent courts which can hold the balance between citizen and State and compel Governments to conform to the law". The recent allegations raised against a sitting Supreme Court Judge, Justice N.V.Ramana of collusion with the ex-Chief Minister of Andhra Pradesh, N. Chandrababu Naidu, has the potential to undermine the citizenry's faith in the Supreme Court as the ultimate arbiter of the rule of law in India.

Collating the various meanings and characteristics of the concept of rule of law collected across continents and civilisations, the three overlapping aspects of the concept may be summed up as follows: the principle of neutrality requires that restrictions on human freedoms should only be imposed by law, not on the basis of the personal whims or arbitrary decisions of government officials. The principle of universality demands that government action should be subject to strict regulation and legal scrutiny such that public servants must be held accountable for erring in their legal duties. Lastly, the principle of good governance requires the government to work towards actualising the constitutional promise of rule of law.

However, with the constant and multifaceted attacks on the rule of law practice in India evidently, the government cares little!

(Prerna Dhoop is a human rights lawyer based in Kolkata.Vandana Dhoop is an independent research consultant)