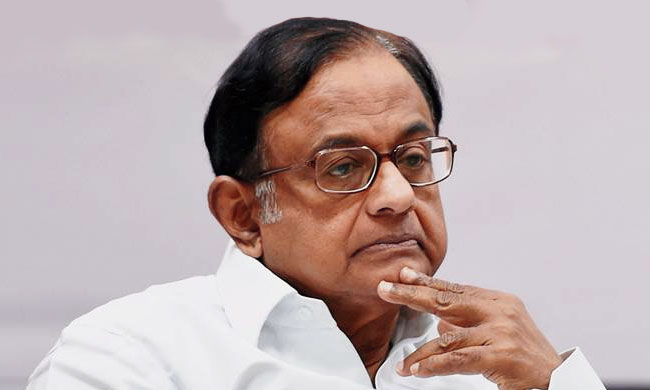 This week saw the arrest of a former Union Minister, P. Chidambaram, in connection with allegations of corruption and money laundering in what has popularly been called the "INX Media" case. In this post, I'm not interested in the arrest itself — the pageantry of which has already attracted much discussion — but the initial order of the Delhi High Court on 20.08.2019 which dismissed...

This week saw the arrest of a former Union Minister, P. Chidambaram, in connection with allegations of corruption and money laundering in what has popularly been called the "INX Media" case. In this post, I'm not interested in the arrest itself — the pageantry of which has already attracted much discussion — but the initial order of the Delhi High Court on 20.08.2019 which dismissed Mr. Chidambaram's plea for Anticipatory Bail and set the ball rolling [more on anticipatory bail generally, here].

Please read the order when you can, and if you can't read it in full, then make sure to read Paragraph 21 onwards. This section of the order discusses three different sets of arguments / judicial choices that I want to bring into sharper focus through this post.

The High Court relied upon an old decision of the Supreme Court in CBI v. Anil Sharma [(1997) 7 SCC 187] to re-iterate that custodial interrogation should be granted when an accused, who has prior judicial protection from arrest, refuses to "cooperate" with the investigation and renders it a "mere ritual". This is good as an abstract principle: people should not be allowed to frustrate legal processes. But what about the specifics?

The verb "cooperate" means to work jointly towards the same end. Taking this to its logical end in the setting of criminal investigations would entail a total negation of the right to silence, which is certainly not what any court could agree to. So, then, it is a question of how much cooperation is enough? In this case, the prosecution argued that the accused appeared for questioning but then gave "evasive" replies, and the Court agreed that this was frustrating the investigation. But it did so without shedding any light on what "evasive" meant, and thus left us in the dark about our spectrum.

We need to figure out where should an accused person fall in the spectrum of total submission to police, and evading investigation, to satisfy the judicial conscience. Supplying this clarity will not only help future courts make better decisions while dealing with complex problems and give greater certainty to the law. Narrowly tailoring the need for arrest and custody also foster an interpretation of criminal procedure in line with the constitutional commitment to personal liberty.

Gravity of Offences and Bail

One of the reasons for rejecting Mr. Chidambaram's bail application was the gravity of offences that are alleged to have been committed by him. Factoring in the gravity of the alleged offence to decide whether or not the accused should be granted bail is today part of the judicial fabric on the law of bail in India, and I do not argue that courts should not consider the gravity of allegations. Rather, the problem is that while this argument might operate well in the realm of abstraction, it does not enjoy smooth sailing when we descend into the particulars [discussed from another angle, here].

Let's take an example. If it's a case of alleged murder, then well, it is very difficult to disagree about the basic allegation of someone having died. Some elements of the allegation are, therefore, beyond doubt even at the investigative stage. This logic also works in cases where, say, a public servant is caught taking a bribe red-handed. But this does not work when we infer criminality from neutral facts. To rely upon gravity in those situations is to basically invite the police to create good stories and level serious charges, with a view to ensure that bail is harder to get.

To make judicial decision-making better, and limit the denial of personal liberty, perhaps courts could interrogate this distinction a bit more and put prosecutors and police officers to stricter scrutiny where the allegations are inferential before relying upon gravity as a ground to deny bail. Maybe this could help prevent cases from ending up in smoke as well, rather than arresting persons and asking them to make statements that will ultimately be inadmissible in court. Just a thought.

The High Court in Paragraph 21 indicates that one reason for dismissing the bail application was that it could not "permit the prosecution in this sensitive case to end up in smoke like it has happened in some other high profile cases." Once the political cheer leading subsides, we should take a long hard look at this claim. Leaving aside everything, it is extremely worrying, and possibly illegal, for a court to subject an individual to arrest and custodial remand because of past prosecutorial failures. Surely we can have better solutions than locking people up to fix lapses in how state agencies investigate and prosecute crimes.

What is on display here is a trend of the court turning prosecutor, and it is something that has often been on display in the context of economic crimes in the past. The High Court is only following the trends that the Supreme Court has been setting since the 2-G Scam days, when it closely monitored a CBI investigation and found a deprivation of the habeas writ under Article 226 to be constitutional. This "White Knight" syndrome has been discussed elsewhere at length, and Paragraph 21 of the High Court with its surface-level anguish about the problem of economic offenders is just the latest variant of that syndrome on display. It will be very interesting to see what the Supreme Court does when it hears the cases in the coming week.

Author is a Delhi based lawyer.
[The Original article was published here]