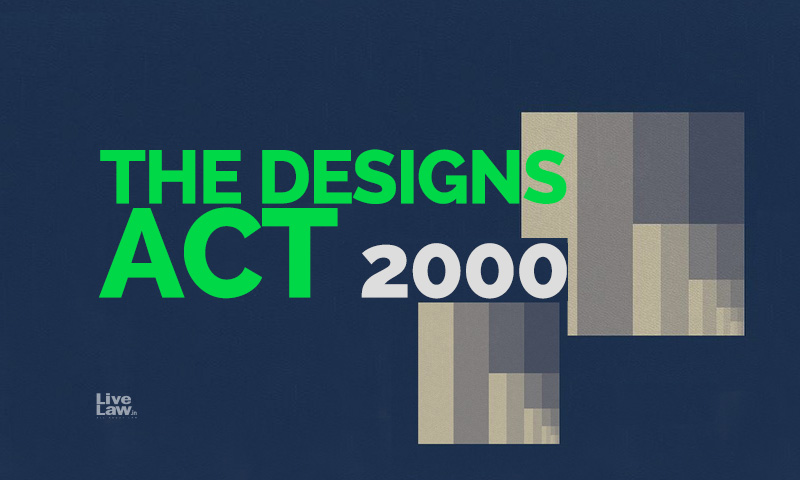 Section 22(4) of the Designs Act, 2000 is a peculiar provision. It prescribes a compulsory transfer to the High Court for any design infringement claim instituted before a court of first instance. The transfer, according to the statute, must occur if the Defendant, as part of its infringement defence, avails of grounds that challenge the validity of the Claimant's...

It prescribes a compulsory transfer to the High Court for any design infringement claim instituted before a court of first instance. The transfer, according to the statute, must occur if the Defendant, as part of its infringement defence, avails of grounds that challenge the validity of the Claimant's registration. These grounds, listed in Section 19 of the Designs Act, are usually invoked in proceedings before the Controller of Designs seeking to cancel a design registration. In an infringement context, however, raise the same grounds against the Claimant's registration, and the suit must be transferred to the High Court for adjudication.

The operative part of Section 22(4) runs:

"…where any ground on which the registration of a design may be cancelled under Section 19 has been availed of as a ground of defence, the suit shall be transferred by the court, in which the suit is pending, to the High Court for decision."

A typical case would run thus: A design infringement suit is initiated before a court of first instance. The Defendant, as part of its defence, may rely on Section 19's substantive grounds that assail the Claimant's registration. Once the Defendant raises these grounds, the court of first instance, where it is not a High Court, is required by Section 22(4) to transfer the suit to the High Court for decision. Once the Section 19 grounds are invoked, the plain language of the statute itself suggests that the court of first instance needs nothing further to initiate the transfer. Even so, a request for such transfer may be made by the parties, usually in the form of an interlocutory motion.[1]

A Unique Provision with Duelling Theories

Section 22(4) is quite unique in the context of Indian intellectual property law.

Its two closest stylistic parallels are strangely uncompelling ones. One place to look for a parallel would be for a provision that automatically suspends a legal proceeding before one forum and transfers it to another. There is such a provision under the Trade Marks Act, for instance.[2] However, its value is now severely diluted since, in a large chunk of cases going forward, the transferring forum and the receiving forum will be the same.[3] Another place to look for a parallel would be India's fairly well-rounded recent history in relation to transfers in intellectual property cases.[4] But this, too, is of little assistance since the transfer under Section 22(4) is statutory.

It is a popular legal cliché to interpret a split in precedent on both sides of a proposition as a sign of lively debate. This, however, is an instance where the split in precedent perhaps betrays a lack of deliberation by Indian design courts.[8] The sequence of actions envisioned by sub-sections (3) and (4) to Section 22 make clear that the preferable view is one where jurisdiction in the first instance is ceded immediately upon the Section 19 grounds of defence being invoked by the Defendant.

From this point forward, "the court [of first instance] shall have no jurisdiction to proceed further, and shall have no option but to transfer the case to the High Court."[9] This transfer is, as the Supreme Court phrased it last December, "a ministerial act" since "the Defendant has a right to seek cancellation of the design which necessarily mandates the transfer."[10]

Even so, this leaves open two questions.

First, when can a Section 22(4) transfer said to have been invoked as a matter of law? Second, what interlocutory powers does the court of first instance have in its locker prior to the Defendant raising grounds of defence under Section 19?

Despite some previous controversy,[11] the answer to the first question is straightforward. The condition for a Section 22(4) transfer must be invoked by the Defendant via a pleading. The pleading itself need not be the formal written statement filed against the infringement claim; it can be any pleading which clearly and specifically invokes the grounds of challenge,[12] such as a reply to an interlocutory application.[13]

The second question is harder to address with precision. It is best answered with an 'at least' list. The range of interlocutory tools available to transferring courts of first instance at least covers the powers to grant and vacate interlocutory injunctions,[14] order costs at the interlocutory stage,[15] and allow withdrawal of proceedings.[16]

There is another point of interest under the termination of jurisdiction theory.

It posits that the abruptness of terminating interlocutory powers of the court of first instance is made complete by what happens after the Section 22(4) transfer.

It stands to reason that, following a Section 22(4) transfer, the High Court receiving the infringement suit can (and must) consider the viability of the Section 19 grounds. Indeed, this is one of the key drivers of the transfer in the first place. A line of Indian cases specifically recognise that High Courts must examine the viability of these Section 19 grounds at the interlocutory stage.[19]

As is standard in interlocutory proceedings, the examination of the merits of the defence will be a cursory one. Equally, after this examination, the High Court ruling at the interlocutory stage will be dictated by the strength of the challenge canvassed by the Defendant to the Claimant's design registration.[20] (It is also worth noting that the strength of the Defendant's challenge here is far from a substantively empty criterion.[21])

Therefore, the position that emerges, somewhat curiously, is that the full effect of Section 22(3) can only be made good after the operation of Section 22(4).

High Courts Having No Commercial Division Competent To Consider Cancellation Of Design Under Section 22(4) Of Designs Act : Supreme Court

Section 22(4) transfers evidently apply to a narrow slice of design infringement cases. The number of instances where interlocutory powers are at issue within this set of cases, of course, is narrower still. This very straitened scope can, however, disguise the seriousness with which its operation can affect the cases it does apply to.

Since infringement claims filed directly before High Courts are outside its purview, the statutory transfer under Section 22(4) specifically applies to two sub-categories of cases. The first are low value infringement proceedings before District Courts in jurisdictions where high value original claims are instituted directly before High Courts. The second are all infringement claims instituted in jurisdictions where the High Court does not have original jurisdiction over civil-commercial claims. These two categories of claims are, therefore, until the invocation of a Section 19 defence by the Defendant, locked by the statute into an odd stasis. They must, by hypothesis, receive a quality of interlocutory adjudication consistent with courts lower in the judicial hierarchy compared with direct-to-High Court design infringement claims.

The isolation of these sub-categories of cases is troubling for two reasons.

First, the distinction between them and direct-to-High Court infringement claims is an insensible one. There is nothing inherent to these cases in terms of the style, quality or subject matter of the claim, the conduct or profile of litigants, or other characteristics that makes them better suited to a truncated range of interlocutory orders by lower courts. Second, the distinction is random, in the sense that it does not block access to High Court-standard interlocutory adjudication on the basis of the underlying right(s) under litigation, remedies sought, claim value, or any other accepted metric. It is simply dictated by the geographical lottery of where the cause of action for the infringement claim happens to arise.

It is hard to imagine that this kind of discrepancy has not had qualitative consequences on design infringement adjudication. Equally, options to resolve it, outside of a statutory reboot, are limited. One judicial solution could be to standardise pre-transfer interlocutory adjudication. Even this, though, is not without its drawbacks.[24] As a result, judicial effort must, for the moment, be directed towards ensuring quality adjudication from case to case.

To summarise, then, the law on interlocutory powers with courts of first instance in design infringement cases is undoubtedly complicated by Section 22(4). The statutory transfer, a stylistically unique one in Indian intellectual property law, forces a delicate balance upon courts receiving infringement claims. They must deploy their wide range of interlocutory powers to do justice to the claims before them but must step aside immediately upon the invocation of the Section 22(4) transfer. The justification for this approach is found both within and outside the boundaries of the provision. However, any rendition of interlocutory powers exercised in the crosshairs of Section 22(4) will be susceptible to unequal quality of adjudication between different types of infringement claims. This is a structural difficulty born from the framework of the Designs Act itself.

All in all, these principles are in keeping with the zeitgeist of Section 22(4): peculiar at first glance but a lightning rod for an intriguing legal discussion when seen in context.

[3] This change has been precipitated by Sections 6 and 8 of the April 2021 Tribunals Reforms (Rationalization and Conditions of Service) Ordinance, 2021.

[8] See, for instance, the Rajasthan High Court in Tirupati Sprinklers v. Flexituff International 2017 (69) PTC 414 (Raj), calling out the Kerala High Court ruling in Kadambukattil Exports, above, by stating that it "cannot be accepted as correct."

[16] The power of the court of first instance to permit withdrawal of infringement suits is exceptional in the sense that it may be exercised even after the request for a Section 22(4) transfer is placed. See Esdee Industries v. Esbee Electrotech WP No. 1217/2020 (Bombay High Court, 14 December 2020).

[21] It has been held, for instance, that "it is not sufficient, at the interlocutory stage, to merely make out an arguable case [for cancellation]." See Frito-Lay v. Balaji Wafers AIR 2020 Bom 304, relying on Lupin v. Johnson and Johnson AIR 2015 Bom 50.