The First Line of Defence 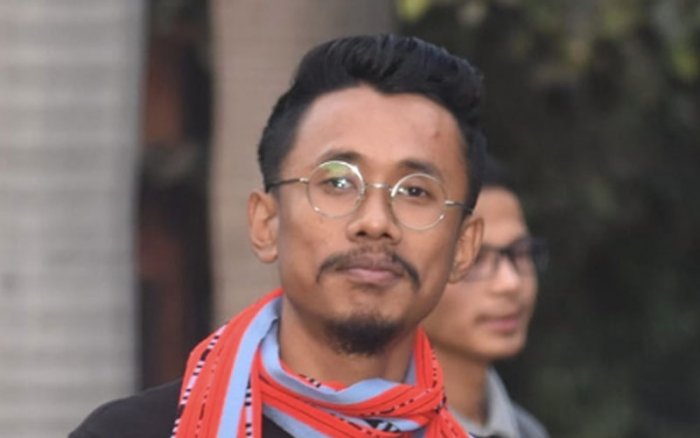 The Chief Judicial Magistrate of Imphal East – Nigthoujam Lanleima on February 19 – granted bail to Veewon Thokchom, a former student of Ambedkar University, in a sedition case. Thokchom had written, in a Facebook post, that:

Indefinite curfew imposed in Manipur. Internet banned for five days. All cable networks asked not to cover any speech or footage of the protests. High possibility that CAB (Citizenship Amendment Bill, 2019) will be passed today at Rajya Sabha. Manipur once burned down the State Assembly in 2001. Self determination the only way forward.

Rejecting the police application for remand in a terse, two-and-a-half-page order, Lanleima J. had this to say:

It is not stated anywhere the accused committed any other act, apart from the uploading of the said post. It is also not the case that any offence has been committed besides the posting of the said Facebook post. Grant of police custody cannot be conducted in routine manner, remand prayer is allowed. If there exist a well founded accusation for commission of an offence. There has to be a prima facie case that an offence has been committed.

At most, the accused mentioned the incident of burning of Assembly with approval, but I do not find any attempt or incitement to commit violence. After consideration of the materials on record, I do not find the facebook post as mentioned above to be prima facie seditious.

This is, of course, entirely correct. It is by now established beyond any cavil, in numerous judgments of the Supreme Court, the correct standard to apply in deciding whether or not sedition has occurred is the "incitement to violence" test. Anything short of that – including advocacy of revolutionary views – is protected by the Constitution's free speech guarantee.

In ordinary times, this case – of a trial judge doing her job – would not merit mention. However, in a month in which three young men in Punjab were given life sentences for possessing Khalistani literature and writing Facebook posts, when multiple arrests for "sedition" have been made across the country, when jail remains the default judicial option the moment sedition/NSA/UAPA are invoked, and when the Delhi High Court's infamous "gangrene" judgment in Kanhaiyya Kumar's bail order is still fresh in the memory – applying Supreme Court precedent correctly and making it clear that incendiary rhetoric on Facebook should not put anyone in jail – is a courageous act, and ought to be recognised as such.

In her bail judgment, austere, brief, and free of frills or rhetoric, Lanleima J. has proved the old adage – the trial courts are the first lines of defence of our civil liberties.

Gautam Bhatia is a Delhi based Lawyer. He is the author of the book "Offend, Shock or Disturb: Free Speech Under the Indian Constitution"

This article was first Published Here