The Legality Of FIRs Filed U/s 188 IPC During Lockdown: What Is The Legal Ammunition Of The Police To Control COVID 19 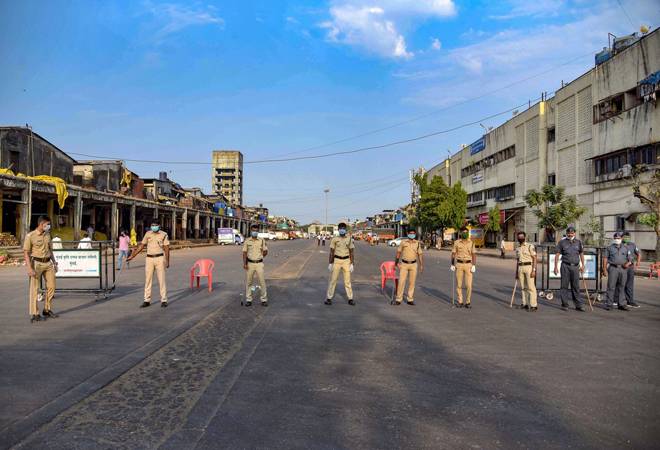 It is often the case that extraordinary times call for extraordinary measures. The global pandemic called COVID 19 which has taken almost the entire world in its grip in one such extraordinary time for the entire world including our nation, which certainly calls for extraordinary measures. It is a testing time for every individual, especially those who are leading the fight against corona, the corona warriors like the doctors, medical staff, police, healthcare workers, Asha, Anganwadi, other self-help group workers who are working as foot soldiers in this fight against corona.

due to the recent PIL filled in the Hon'ble Apex Court seeking the quashing of all the FIRs u/s 188 IPC due to a procedural irregularity. The PIL has been filed mainly on the ground that under the provisions of S. 195 of Code of Criminal Procedure, 1973 as well as many judgments of the Hon'ble Apex Court and Hon'ble High Courts, no FIR can be registered u/s 188 IPC. The petitioner has submitted that S. 188 of the IPC must be read with S. 195 of the CrPC, which mandates that only a Magistrate can take cognizance of an offence under Section 188 IPC, and that too on a complaint submitted by a public servant.

The Relevant Legal Provisions in the Era of Pandemic

THE EPIDEMIC DISEASES ACT, 1897 ACT NO. 3 OF 1897 is a colonial era legislation which is an Act to provide for the better prevention of the spread of dangerous epidemic diseases. Section 2 of the Act provides that when at any time the State Government is satisfied that the entire State or any part thereof is visited by, or threatened with, an outbreak of any dangerous epidemic disease, then if it thinks that the ordinary provisions of the law for the time being in force are insufficient for the purpose, may take, or require or empower any person to take, such measures and, by public notice, prescribe such temporary regulations to be observed by the public or by any person or class of persons as it shall deem necessary to prevent the outbreak of such disease or the spread thereof, and may determine in what manner and by whom any expenses incurred shall be defrayed.

Section 3 of the Act provides that any person disobeying any regulation or order made under this Act shall be deemed to have committed an offence punishable under Section 188 of the Indian Penal Code (45 of 1860).

It is clear that the Act is not self-sufficient as the penal section of the Act makes the violation punishable under S. 188 of the IPC, and the Act also does not provide the procedure for cognizance of the offence.

The Hon'ble Apex Court in C Muniappan V. State of TN (2010) 9 SCC 567 has held that the provisions of S. 195 CrPC are mandatory and that non-compliance of it would vitiate the prosecution and all other consequential orders. It has been further held in this case that the Court cannot assume cognizance of the case without such complaint, and that in the absence of such complaint the trial and conviction will be void ab initio being without jurisdiction.

It is clear from the analysis of the above provision and the judicial pronouncement that in the absence of complaint for an offence under Section 188 of the IPC all the other consequential orders will be vitiated.

What is the Way Out?

The question that arises is that what would be the fate of the FIRs that have been registered all over the country u/s 188 IPC especially during the period of lockdown. The cases can be broadly divided into two categories, which are as under:

So far as the first category of cases are concerned, the police can omit the offence under S. 188 IPC during investigation, prior to filing the charge sheet in the competent Court, and the charge sheet can be filed under the remaining sections, if they are made out. It is a well settled law that the courts are not bound to take cognizance of all the offences under which the charge sheet has been filed by the police, and have to apply their judicial mind and take cognizance of the offences made out. Further S. 195 of the CrPC enacts a bar on the taking of cognizance of the offences specified and not the registration of FIRs, and so the Courts are not bound to take cognizance u/s 188 IPC if a charge sheet has been filed by the police. However, so far as the second category of cases are concerned where FIR has been registered only u/s 188 IPC, the police is left with no option but to drop the cases and file a fresh complaint in the competent Court. But a practical difficulty before the administrative authorities is the fact that when most of the Courts have been shut during the lockdown how will the law be set in motion if there is any violation punishable u/s S. 3 THE EPIDEMIC DISEASES ACT, 1897 read with S. 188 of the IPC during lockdown?