The Right To Be Forgotten-Charting The Uncharted Waters 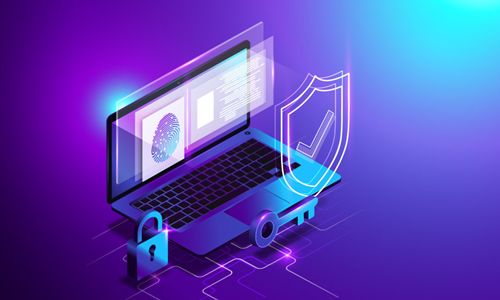 The right to be forgotten, also known as the 'right to be left alone' or the 'right to erasure', is in news these days owing to its increasing recognition by the Indian courts of law. The right which had its conceptual origin in the European Union, found one of its first references in the landmark Google Spain case,[1] where the European Court of Justice directed Google the...

The right to be forgotten, also known as the 'right to be left alone' or the 'right to erasure', is in news these days owing to its increasing recognition by the Indian courts of law. The right which had its conceptual origin in the European Union, found one of its first references in the landmark Google Spain case,[1] where the European Court of Justice directed Google the search engine juggernaut, to remove the links to private information on application by the European citizens provided the information is no longer relevant. Eventually the right found its statutory recognition when it was incorporated in Article 17 of the European Union General Data Protection Regulations (GDPR) 2016.

At around the same time, in the year 2017, the Nine Judge Bench of the Supreme Court of India in the landmark verdict in K.S. Puttaswamy vs. Union of India[2] granted explicit recognition to the right to privacy as a fundamental right under Article 21 of the Constitution of India.

Even a banal understanding of the right to privacy in this digital age would indicate the significance of the right to informational privacy. In this era of technological overuse, humans leave their digital footprints on almost every possible medium or platform traversed, private or government. Confidential information of persons is freely available on media platforms especially social media thereby providing unhindered and easy access to miscreants or even giant global corporations to mine, abuse or misuse these data for personal gains. The right to be forgotten which essentially allows individuals to control the dissemination of their personal information on digital platforms, undoubtedly acts as the bulwark against the rampant misuse of freely available data on the internet. Though this right is still in its rudimentary stages and has not yet been statutorily recognised in India, several High Courts taking a cue from the observations made by Justice Rohinton F. Nariman and Justice Sanjay Kishan Kaul in the Puttuswamy decision, have passed favourable interim orders by upholding this right as integral to the fundamental right to privacy. In the process, in many instances, the Hon'ble High Courts have expressed concern over the free availability of personal information in the world wide web that can be accessed and misused at the click of a mouse.

Petitioners have mostly approached the courts to remove their names or other identifiers from the text of judgements or orders. For instance, in the case of XYZ & Anr. v. Union of India, the petitioner approached the Karnataka High Court to temporarily block any form of information available on online platforms like Google, Facebook, or Indian Kanoon in relation to a criminal case where the petitioner was already acquitted. In XXX v. Union of India,[3] the Hon'ble Kerala High Court directed its Registry to redact the name of the female petitioner from the text of the judgement upon accepting the plea that the online surfacing of her name affected her marriage prospects. While passing such order, the Hon'ble Court laid emphasis on the right to privacy and its close associate 'the right to be forgotten.' The Hon'ble Bombay High Court too in the case of ABC v. Union of India & Ors.[4] passed a moulded relief by directing the Registry to remove the order and judgement in a summary criminal case where the petitioner was acquitted. The Hon'ble Court was however quick to mention that every order of acquittal cannot result in an application of this nature.

It is well established legal wisdom that the right to privacy acquires precedence in personal matters such as matrimonial disputes, medical cases or where the issue pertains to the modesty and dignity of women and children. As early as in the case of Mr. 'X' v. Hospital 'Z'[5], the name of the petitioner was not disclosed in the text of the judgement on the ground of privacy on medical grounds. Moreover with the rise in social media and various video streaming platforms, many a times the privacy of women are compromised with the use of obscene pictures or videos. In such cases, the courts have not only favoured the non-disclosure of the identity of the victim of data abuse, but also granted interim reliefs by restraining the publication and streaming of such obscene online content. In fact, the Hon'ble Orissa High Court in Subranshu Rout v. The State of Orissa[6] while underlining the importance of the right to be forgotten, held unambiguously that objectionable photos and videos of rape victims have to be removed from the social media platforms as it would involve clear violation of the right to privacy. Interestingly while earlier the names of women petitioners were removed from the text of judgements by citing the causes of modesty and reputation of women as in the case of Vasunathan v. The Registrar General, High Court of Karnataka,[7] now such directions are given on the ground of the right to erasure of undesirable information about the petitioner. This shift in perspective is real. Although Section 67A of the Information Technology Act, 2000 criminalises the publication and transmission of sexually explicit material in electronic form, the provision does not empower the victims to control the matters of viewing, downloading or possession of material involving their personal information. The right to be forgotten aims to hand over this element of agency to the victims of data abuse. This would also make redundant the oft conducted exercise of the government to routinely block websites featuring obscene content that has no bearing on greater public interest.

Where the matter relates to information affecting general public interest, it is trite to say that a fine balancing of interests must be affected between the right to be forgotten and the right to information. A grey area of concern may emerge at this juncture because what may be high-valued information to one, may not be for the other. To skirt such confusion, cases involving intentional criminal misconduct such as instances of drunken driving or intentional hurt may be regarded as falling outside the purview of the right to be forgotten. Common people are well withing their civil rights to have access to the information for varied purposes such as for the accumulation of statistical data or for forming other kinds of informed analysis.

Often acquitted petitioners approach the higher Courts to block judgements featuring their names on public portals. The Hon'ble Delhi High Court in Jorawar Singh Mundy v. Union of India granted interim protection to an American citizen of Indian origin by directing the legal website 'Indian Kanoon' to block the judgement after he was acquitted of charges under the NDPS Act by the trial court and High Court. However even in cases involving acquitted petitioners, the blocking of judgement would mean refusing the public access to the information regarding the facts and circumstances on which the acquittal was based. While a straightway blocking of judgements and orders may not have a salutary effect, redacting the name of the petitioners from the text of judgements or orders may be a more viable option. It must also be remembered that if every acquittal results in the blocking of judgements, Indian courts will be flooded with such applications based on the right.

However, if the right to be forgotten is granted the necessary statutory backing as in the European Union, the day may not be far when most of the legal applications will be identified by the letters of the English alphabets, numerical or pseudonyms rather than the actual names of persons. This right certainly gives a kind of agency and autonomy to the data principals or individuals to exercise choice on the availability of information to the public that in most cases may centre on deletion of personal identifiers. The right is still in its developing stages with an active support from the Indian courts. In fact recently the Supreme Court of India in X v. Y[8] examined the plea of a litigant based on the right to be forgotten as being part of the right to privacy. The apex Court also directed its Registry to examine whether the details of the petitioner and the respondent can be masked so that they do not appear visible in any search engine. The Hon'ble Kerala High Court has already announced its decision to draft an 'information management policy' that could address the issue of masking the names of the parties in its orders and judgements.

The Indian courts are thus keen on laying greater emphasis on the protection of personal data thereby following the judicial trend worldwide, especially that in the European Union. However, as the positive law on the protection of personal data is not only delayed but also shelved for the time being, the legislative contours of the right to be forgotten especially the instances of its invocation, remain unclear. The time is nevertheless ripe for fleshing out the right in greater detail.