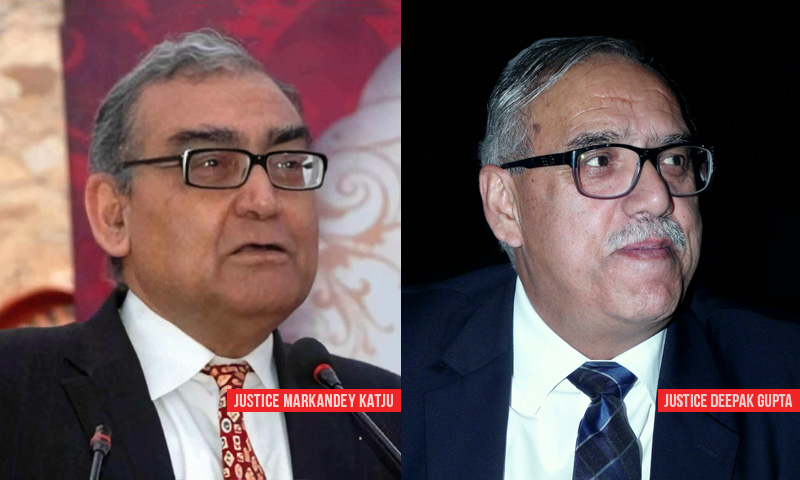 Justice Deepak Gupta who retired from the Supreme Court recently in his farewell speech lamented that the Indian judicial system today favours the rich, and is weighted against the poor, when a real judicial system should be the other way around, and should be weighted in favour of the poor, because it is the poor who need protection.

In this connection I may refer to a historical incident narrated in the Rajtarangani, the famous 12th Century Sanskrit treatise by the Kashmiri historian Kalhan, showing how a Kashmiri King, Chandrapida, upheld the Rule of Law, and protected a charmakar ( cobbler ) against his own officials.

The King's officials had planned to build a temple of Lord Tribhuvanaswamy on a land, on a piece of which the cobbler's hut was situated. The cobbler refused to remove his hut despite the orders of the officials.

The King told them :

" Stop the construction, or build the temple elsewhere

Who would tarnish such a pious act ( of building a temple ) by illegally depriving a man of his land ?

If we, who are the judges of what is right and what is not, act unlawfully, who would then abide by the law ? "

Later, overwhelmed by the sense of justice of the King, the cobbler sought an audience with him.

When brought before the King he said :

" Just as the palace is to Your Majesty, so is the hut to me. I could not bear its demolition.However, if Your Majesty asks for it, I shall give it up, seeing your just behaviour "

Subsequently the King purchased it after paying a satisfactory price.

The cobbler then told the King with folded hands :

" Yielding to another, however low, adhering to the principles of Rajdharma,is the appropriate course for a King. I wish you well.

May you live long, upholding the supremacy of the law."

Thus, under a just King the supremacy of the law was upheld, and the weak ( the cobbler ) prevailed over the strong ( the King's officials ).

Perhaps King Chandrapida illustrates what Justice Deepak Gupta had in mind, and what a true judge should be like.

Author is a former Judge of Supreme Court of India