The Supreme Court's Greatest Gift Is the PIL and It Is Here to Stay, Whatever Critics May Say 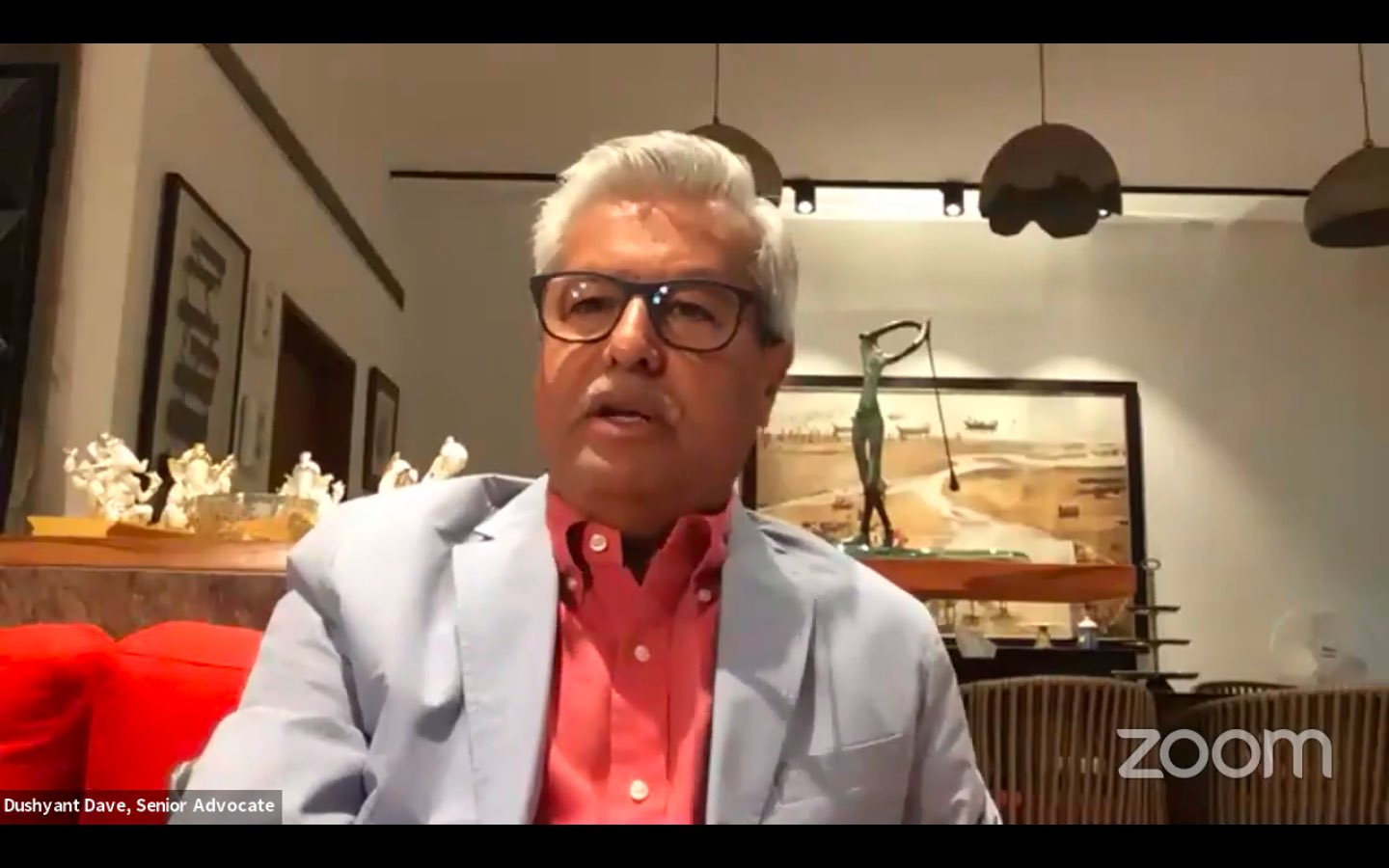 x
Without PILs, corruption, nepotism and bias in executive actions will remain unchallenged. Courts must maintain a constant vigil, otherwise, all rights secured to citizens under our constitution will become worthless.

The Constitution of India promises to secure to all its citizens, justice – social, economic and political; liberty of thought, expression, belief, faith and worship; equality of status and opportunity; and to promote among them all, fraternity, assuring the dignity of the individual. These are the fundamental goals of our constitution.We must always remember that the Constitution of India is...

The Constitution of India promises to secure to all its citizens, justice – social, economic and political; liberty of thought, expression, belief, faith and worship; equality of status and opportunity; and to promote among them all, fraternity, assuring the dignity of the individual. These are the fundamental goals of our constitution.

We must always remember that the Constitution of India is a gift from We the People of India to ourselves as citizens – past, present and the future.

In its celebrated Kesavananda Bharati judgment, the Supreme Court declared these goals to be the basic structure of our constitution. Even while creating the three organs of the state – legislature, executive and judiciary – the constitutional framers defined their powers and imposed limitations on them.

The three organs of the state must together strive continuously to achieve the fundamental objectives.

To secure to India's citizens the benefit of these objectives, the framers drafted the fundamental eights in Part III of the constitution and injuncted the state from making "any law which takes away or abridges the rights conferred by this Part", declaring emphatically that, "any law made in contravention of this clause shall to the extent of contravention be void".

Law has been defined widely thereunder to include "Any ordinance, any order, bye-law, rule, regulation, notification, custom or usage having the force of law in the territory of India." In clear terms, this is a deeming fiction and must receive liberal and purposive interpretation. Even the Supreme Court is bound by this mandate.

Amongst the fundamental rights, equal protection before law, freedom of speech and expression, the right to move freely throughout the territory of India and protection of life and personal liberty assume great significance.

Fundamental rights are basic features of the constitution and are sacrosanct. In tune with the fundamental objectives, they ensure to every citizen justice, liberty, equality and dignity through fraternity.

The framers of the constitution were an amazing group of Indians, amongst the greatest ever to be born, led by B.R. Ambedkar who chaired the drafting committee. They deliberated over every Article, every sentence, every full stop and comma over a period of two years 11 months and 17 days.

Their tireless efforts produced one of the most beautiful documents, a contract amongst the citizens on the one hand and between the citizens and the state on the other.

Ambedkar rejected the initial draft, criticising it as falling seriously short to cater to the needs of new India. He believed that rights without remedy are worthless. And so was born Article 32 providing, "the right to move the Supreme Court by appropriate proceedings for the enforcement of rights conferred by this Part."

To Ambedkar, Article 32 was the "heart and soul" of the constitution.

The Supreme Court came to the aid of the citizens instantly upon adoption of the constitution. In Romesh Thappar (1950), the constitution bench of the Supreme Court defined it's role categorically, "This court is thus constituted the protector and guarantor of fundamental rights, and it cannot, consistently with the responsibility so laid upon it, refuse to entertain applications seeking protection against infringements of such rights…".

The court nipped in the bud the argument of the sceptics that the judiciary was seeking to clash with the legislature when in 1952 it re-emphasised in V.G. Row that "if, then, the courts in this country face up to such important and none too easy task, it is not out of any desire to tilt that legislative authority in a crusader's spirit but in discharge of a duty plainly laid upon them by the constitution…This is especially true as regards the "fundamental rights" as to which this court has been assigned the role of sentinel on the qui vive."

It was further held that, "We have ventured on these obvious remarks because it appears to have been suggested in some quarters that courts in [the] new set up are out to seek clashes with legislatures in the country."

In my view, the recent debate in the media about the role of the Supreme Court, especially in the context of public interest litigation (PIL), deserves an equally emphatic renunciation.

After seven decades, it is perhaps natural that the court may seek to reassert its status, its powers, its duties and its limitations. It may declare that it is not seeking any clashes with the executive in the country but is doing its duty as a sentinel on the qui vive.

Those questioning the role of the Supreme Court and the high courts, including the Union law minister and a senior lawyer, are seeking to re-write the constitution. Their attempts completely disregard the true nature and ambit as also the spirit of the constitution.

As Ambedkar categorically said, "While on one hand the constitution seeks to empower the organs of the state", on the other it seeks "to limit their authority because if no limitation was imposed upon the authority of organs there will be complete tyranny and oppression."

He feared that in such a situation, "The legislature may be free to frame any law, the executive may be free to take any decision; and the Supreme court may be free to give any interpretation of the law", which according to him would result in "utter chaos". Balance must be maintained.

Today, there is little doubt in the minds of right thinking Indians that the balance has decisively tilted in favour of the executive.

In a 1981 decision in S.P. Gupta, a seven-judge constitution bench gave this jurisprudence firm footing when justice Bhagwati, speaking for the court, held that:

He said that where persons are really helpless, "The Supreme Court will not insist on a regular petition to be filed and can even respond to a letter by an individual acting pro bono publico."

The rationale was provided thus:

"in absence of a machinery to represent public interest generally in courts, it is necessary to liberalise the rule of standing in order to provide judicial redress for public injury arising from breach of public duty or other violation of the constitution or the law by allowing public minded persona and organizations to move the court and act for a general or group interest even though they may not be directly injured in their own rights."

In stark rebuke to those opposing the new jurisprudence, justice Bhagwati firmly declared that "it is only by liberalising the rule of locus standi that it is possible to effectively police the corridor of power and violations of law", and prevent, what he called, oppression – be it financial, commercial, corporate or governmental.

Over the years, the Supreme Court has advisedly and correctly held that it is not bound by technicalities of procedure and can make all kinds of orders to protect the basic human rights of citizens in an effective manner.

The Supreme Court has done a great service to the nation in rendering a large number of judgments in differing situations to enforce the fundamental rights of citizens, individually or collectively. The width and breadth of the writs, orders and directions granted have served public interests beyond imagination.

Millions and millions of Indians have benefitted by the intervention of the Supreme Court. Besides, millions more have benefitted under the orders of high courts across the country exercising jurisdiction in PILs.

Citizens remain indebted to the Supreme Court and the high courts for all that they have done. At the same time, it is not as if the court has always aided the needy. It has failed on many occasions, especially in the recent past.

A classic example of continuing supervision and control to ensure prevention of damage to the environment on account of large scale and indiscriminate mining is the line of innumerable decisions in the case popularly called T.N. Godavarman.

In this group of cases, beginning from December 12, 1996 the Supreme Court not only prohibited all commercial activities in forests across the country but has continuously regulated those activities through several thousand orders. This began at the instance of senior counsel Harish Salve, who, acting as amicus curiae, persuaded the court to issue drastic orders.

To many, of course, this has been seen as a serious inroad into the executive domain, gravely affecting the development of the mining industry and other commercial activities, impairing employment, production, exports and industrialisation. To others, the court has protected the public interest by protecting precious forests.

In another matter, Salve also persuaded the Supreme Court to stop the plying of specified diesel vehicles in Delhi and called it a great victory after a battle of 12 years. It is therefore unfathomable as to why, having taken great advantage of this extraordinary jurisdiction, he would entertain doubts that "courts are increasingly being asked to intrude into the elected executive's domain".

The constitution abhors absolutism and there is no decision of the executive which is unreviewable by the courts under the constitutional mechanism.

The bench invoked the principle of constitutionalism to require "control over the exercise of governmental power to ensure that it does not destroy the democratic principles upon which it is based."

Judicial review is part of the basic structure of the constitution as well. If this be so, should the Supreme Court and the high courts sit as mute spectators while citizens' rights and liberties are being abridged or taken away by the executive? Certainly not.

If that happens, nothing will remain of democracy. The very purpose behind the judicial innovation of public interest action – which is the constitutional promise of a social and economic transformation to usher in an egalitarian social order and a welfare state – will stand defeated.

Public interest can never be defended without such interventions to prevent the violation of rights of sizeable segments of society who, due to poverty, ignorance, social status and economic disadvantage, cannot themselves assert those rights. Quite often, they are not even aware of those rights.

Without PILs, corruption, nepotism and bias in executive actions will remain unchallenged. Courts must maintain a constant vigil over the executive and the legislature. Otherwise, all rights secured to citizens under our constitution will become worthless.

The rule of law is the accepted norm for all civilised societies and the courts in India have a duty to enforce that rule of law.

The Supreme Court must ignore those who are ignorant and who represent the interest of the few and not the public interest. As a constitutional court, it must continue to serve the nation and its citizens.

Dushyant Dave is a senior advocate at the Supreme Court of India and is currently the president of Supreme Court Bar Association. The article was first published in The Wire. You Can Read It  Here.