In India, the number of civil servants, who are drawing pension post-retirement from service is higher than the numbers of serving civil servants. A similar situation can be seen among the judiciary, legislators and parliamentarians. In the 2019-20 budget, the Government expected to spend Rs. 48,565 Cr. (4.6% of all expenditures) on civil pensions.1 According to 2015-16 data...

In India, the number of civil servants, who are drawing pension post-retirement from service is higher than the numbers of serving civil servants. A similar situation can be seen among the judiciary, legislators and parliamentarians. In the 2019-20 budget, the Government expected to spend Rs. 48,565 Cr. (4.6% of all expenditures) on civil pensions.1 According to 2015-16 data from the Central Pension Accounting Office, there are around 12 lakh Central Civil Pensioners/Family Pensioners/Freedom Fighter Pensioners in India.2

Most of these retired pensioners are engaged in income generating activities and some of them are earning more than they earned while in service. On retirement, judges and Government employees get a handsome amount as retirement benefits, which if placed as a fixed deposit at a bank, in the normal course should generate interest income as equivalent to their monthly income when in service. Above and beyond this, they are paid pension which in legal parlance, termed as 'deferred wages'. This is apart from the medical benefits for life. At the same time, there are millions who retire from private employment and are satisfied with retirement benefits without any pension benefit. In terms of numbers, civil pensioners account for 0.1% of the Indian population (~14 lakhs out of ~133.92 crores), but their pension expenses accounted for 4.6% of all expenditures in the 2019-20 budget. In the 2020-21 budget, the government expects to spend 14.4%3 more on all pensions, which takes the expected spending on civil pensions to ~Rs. 55, 558 Cr (calculated value, not actual). There are several categories of civil pensioners, but on average (based on the above numbers), a civil pensioner collects a minimum of Rs. 3,96,843/- per annum (or ~Rs.33,070/- per month) from the government.

Retired Judges are accommodated by the Government in one form or another or they will be provided with some form of employment by the judiciary. Some retired/resigned judges have practice as lawyers and charges 2 to 4 times their monthly pension for a single appearance in court. Retired judges as Arbitrators are charging per sitting. There are equal numbers of civil servants including I.A.S and I.P.S officers, who are working post-retirement, on expiry of their lock in period and receiving alternative salary. All of them, with a handful of exceptions, are receiving their pensionary benefits and medical benefits and are equally engaged in moral preaching. In India's hour of need, shouldn't they forgo their pensions? Legally, they have every right to their pensions, but they have a moral obligation to forgo their pension for at least for next one year in support of the nation. While in service as judges and civil servants, they were well protected by the nation and it is the time for them to return. This is equally applicable for those who receive pension as former MLAs and MPs, as there are probably only a handful that survive on their pensionary benefits. .

COVID-19 has already done irreversible damage to economies around the world. For a nation like India, the cascading effect of COVID-19 and the lockdown is unimaginable. We should acknowledge that there is a large population within our nation who cannot afford three meals a day even when they are allowed to work. As we have seen with the migrant workers after the lockdown, the economic uncertainty and lack of resources led them to walk hundreds of kilometers towards the safety of their ancestral homes. In their hour of need, the India that has the resources needs to step forward and provide for the Indians that lacks in resources. In this battle against COVID-19, we need to mobilize all funds available to support the central and state governments in the various initiatives that they've put forward.

The pensioners across the nation who have an alternative income source are required to declare their allegiance to the nation and support the nation in this battle against COVID-19. If the pensioners with alternative income, relinquish their pensions for the next one year, the nation will have the financial resources required to overcome the economic challenge now faced as a consequence of COVID-19. If all other pensioners excluding class-IV employees contribute Rs.100 each for one year, the nation will overcome the financial crisis. With economic activities being restricted and expenditure rising, there will come a point when the State and Central governments may have to deprive the serving personnel of their regular pay. These include civil servants, medical staff and policemen, who are our first line of defense and true heroes in this battle against COVID-19. It's time for all of us to step forward and do our part in service of the nation, as actions speak louder than words. Let the initiative come from judiciary. 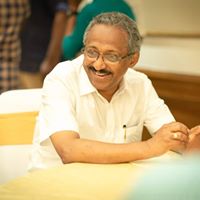 (Author is a Senior Advocate at Kerala High Court)