Time For The Sledgehammer 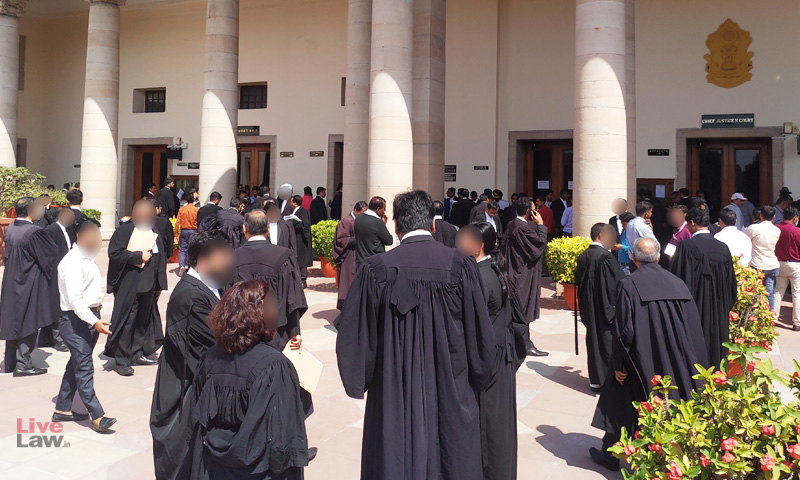 As the WhatsApp messages fly thick and fast with statistics, studies, projections, conjectures and rumours about the COVID-19 storm, it is clear that in a nation as large and unwieldy as ours, measures that place the onus on the citizenry are unlikely to work. Take the Supreme Court, for instance.After a meeting of the stakeholders, the website of the Court uploaded a Notification on 13th...

As the WhatsApp messages fly thick and fast with statistics, studies, projections, conjectures and rumours about the COVID-19 storm, it is clear that in a nation as large and unwieldy as ours, measures that place the onus on the citizenry are unlikely to work. Take the Supreme Court, for instance.

After a meeting of the stakeholders, the website of the Court uploaded a Notification on 13th March directing that only urgent matters would be listed for hearing, and that only one litigant shall accompany the lawyers into the court. The concluding sentence reads:

"Considering the importance of the safety measures for health, all concerned are requested to cooperate with the instructions of the staff on duty, in the interest of all."

If only it were that simple.

Over the last three days, the best laid plans of the Court appear to have gone awry. Many of the courtrooms have continued to function (albeit for short spells), the car parks are almost half full, the registry is at full strength and matters which have no urgency are being listed and heard.

In my sole visit yesterday for a habeas corpus case, I was shocked to see that there was an almost resigned attitude of all concerned to the many figures clad in black and white that were milling around on the terrace outside Court 1 [SEE PIC-1].

It was equally surprising that the AGR telecom matter was listed only to hear an application by the Department of Telecommunications (DoT) to modify an order of October 2019 regarding the repayment schedule. Surely a matter of monetary terms could tarry without inviting entire teams of lawyers from across the country to fly into Delhi for the hearing? A mere glance at the list of appearances would show a whopping 62 names, which was surely unnecessary, especially when the order finally lists the application after two weeks. As Justice Gautam Patel of the Bombay High Court did on Monday, it would have been appropriate to impose heavy costs on those who felt it suitable to imperil others by claiming immediate listing when it was unnecessary. [SEE DOC-1]

Equally, the case concerning the Madhya Pradesh assembly has now been heard at length for three consecutive days with even more counsel than the AGR case – a massive 72. While the survival of democracy is no doubt essential, it may have been prudent for the lawyers involved to limit the time taken for submissions, notwithstanding the compulsions of their clients. With both the BJP and the Congress unlikely to ease up, such a hope is a futile one.

I am sure there must be several other instances where wholly undeserving cases were listed and heard, but while the numbers within the courtrooms were modest, the picture outside was in grim contrast. The entrance to the Chief Justice's court witnessed a fracas around mid-morning as the haplessly overburdened security tried to restrain others who tried to enter. [SEE PIC-2] Contrary to the request by the Court, there were those who did not wish to cooperate with the staff, presenting a very unpleasant picture of the discipline expected at the Court. 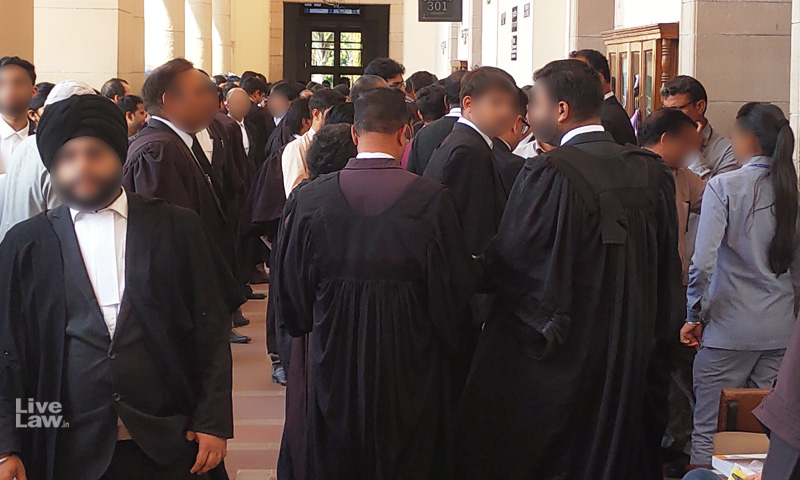 As this is being written, the Prime Minister has cautioned against panic and a weeklong moratorium has been imposed on international flights. Strict directives have been issued by State Governments across the country to control the pandemic and concerns abide about whether sufficient testing and tracking is being done because India is putting out extremely modest figures as against what is expected for a nation of its size and complexity. At a difficult time like this, it is imperative that citizens display some civic sense by decongesting public spaces and remaining in the confines of their homes. The experience of the last few days makes it obvious that the Court will have to shut down completely in order to enforce social distancing in terms of the advisory of the Ministry of Health and Family Welfare [SEE DOC-2]. Sometimes, a hard decision and a correct one is the same thing.