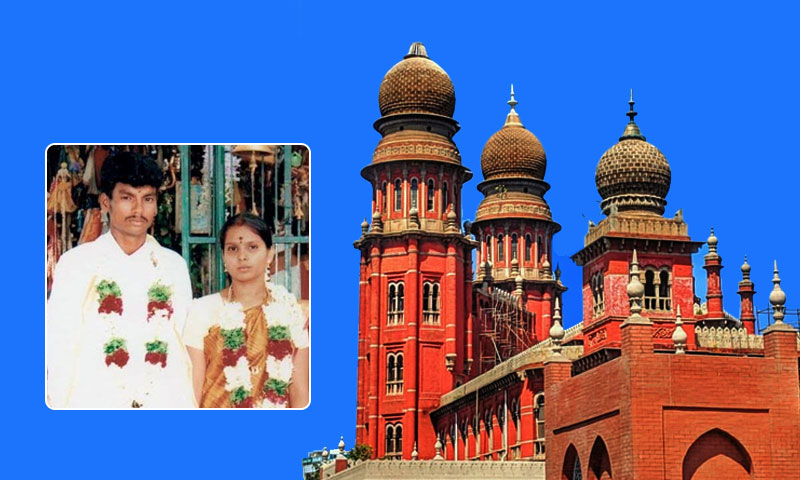 x
The prosecution presented and argued the case primarily as culpable homicide with caste as a reluctant sub-text and the judgement goes no further.

The judgment in Chinnasamy and Others vs.State of Tamil Nadu has evoked responses of shock and dismay- how did the Court acquit Chinnasamy, who, according to the prosecution was primarily responsible to hatch a conspiracy to hire men to cause the brutal attack on his son-in-law Sankar and his daughter Kausalya? It was murder in broad daylight. All preliminary reports suggested that it was...

The judgment in Chinnasamy and Others vs.State of Tamil Nadu has evoked responses of shock and dismay- how did the Court acquit Chinnasamy, who, according to the prosecution was primarily responsible to hatch a conspiracy to hire men to cause the brutal attack on his son-in-law Sankar and his daughter Kausalya? It was murder in broad daylight. All preliminary reports suggested that it was a clear case of honour killing. The family of Kausalya disapproved of her marriage with the Dalit boy and after trying unsuccessfully to convince her to abandon her marriage and return to their fold, they hired henchmen to murder the couple. It is a matter of record that Sankar, belonging to the Hindu Pallar community (Scheduled caste) was declared dead within a couple of hours after having sustained 32 brutal cuts on his body, while Kausalya, belonging to the Hindu Piramalai Kallar community (a caste higher in the hierarchy compared to the Hindu Pallar community), survived the attack after spending more than two weeks in hospital.

The Madras High Court vide its 327 page long judgment delivered on 22.06.2020, reversed the finding of conviction of the trial court with respect to Chinnasamy, the father of Kausalya of all charges and while confirming the convictions of the hirelings, commuted their death sentence to 25 years imprisonment.

There will be much legal debate on what has been said in the judgment - the manner of appreciation of evidence, relative weightage given to various testimonies etc. However, what has not been said is equally important - the deafening silence in the judgment on the various failures of the prosecution, the complete lack of acknowledgement of the societal impact of the gruesome crime and the lack of directives to the State to take any corrective measures even going forward.

Silence that it is indeed a case of Honour killing

To begin with, the prosecution does not say it loud and clear that this was a case of honour killing. This reluctance is at the root of all that follows, and one is afraid that this is the same reluctance that might have guided the entire investigation and also the manner in which the case was argued by the State Government before Court. One can search through the entire 328 paragraphs and find reference to the phrase "honour killing" twice, both while quoting from Bhagwan Dass v State (NCT of Delhi) [2011 6 SCC 396].

Silence on the role of the police while dealing with inter-caste marriages/ lack of implementation of earlier directives:

That Kausalya and Sankar anticipated trouble right at the outset is evident from the Prosecution Exhibit-1, which was a letter written by Kausalya to the Udumalaipet Police on 12.07.2015 seeking police protection as she anticipated trouble owing to her inter-caste marriage. This ensued in an enquiry where the parents of Kausalya also participated. The 2nd exhibit is a letter from Sankar stating he will "take care of his wife" and the 3rd exhibit is another petition written by Kausalya requesting the police to drop further action against her parents. A strict legal interpretation of these documents has led the Court to conclude that at this point, that Kausalya did not anticipate further trouble and the matter was closed and this indicated nothing more than the fact that her parents had expressed displeasure at the marriage of the couple.

However, the Judgement is completely silent on the role of the state machinery while dealing with cases of inter- caste marriages. The Judgement makes no mention of the directions of the Hon'ble Madras High Court dated 13.04.2016 in the case of B. Dilipkumar vs. Government of Tamilnadu (2016(2)Crimes158(Mad.)) in the case of honour killing of Vimala Devi. In this case, a single judge had specially directed that there should be special cells at every district to deal with issues of inter-caste marriages and their mandate should be more than granting protection, that the state take proactive steps to provide even counselling to the parents of the couple, and also set- aside funds to eradicate the evil of honour killing.

The Judgement is also completely silent on the directives of the Hon'ble Supreme Court of India in Arumugam Servai vs. State of Tamil Nadu [(2011) 6 SCC 405] and references the judgement in just over one line while dealing with the issue of capital punishment. In Servai's case, the Apex court had gone to the extent of fixing personal liability on police officials within whose jurisdiction such caste crimes took place.

The Judgement has also not considered the Hon'ble Supreme Court of India's directions in the Shakti Vahini vs. Union of India [AIR 2018 SC 1601], where a three judge bench of the Apex Court extensively dealt with the issues of khap panchayats and honour crimes across the country, and reiterated the Supreme Court's views in the Arumugam Servai case. In this case, the Petitioner before the Supreme Court has pointed to events eerily similar to what occurred in the present case –

"Sometimes, a young man can become the victim of honour killing or receive violent treatment at the hands of the family members of the girl when he has fallen in love or has entered into marriage….Certain instances have been cited with regard to honour crimes and how the said crimes reflect the gruesome phenomena of such incidents. Murder in day light and brutal treatment in full public gaze of the members of the society reflect that the victims are treated as inanimate objects totally oblivious of the law of the land and absolutely unconcerned with the feelings of the victims who face such cruelty and eventually succumb to them. In this case, the Apex Court has recognised that honour killings are a social menace, a violation of individuals' fundamental rights, and recommended to the legislature to bring law covering the field of honour killing. The Supreme Court also issued multiple directions to State Governments on preventive, remedial, and punitive measures and gave the state governments 6 weeks to implement the same.

A prosecution, that did not even begin to present the crime as that of honour killing could not have been expected to bring forth the State's failings in addressing the same. Even though the accused were charged with offences under the SC/ST Prevention of Atrocities Act, 1989, the discussion on those offences are restricted to a bare minimum and no direct attempt was made by the prosecution to connect the killing to caste honour. The prosecution presented and argued the case primarily as culpable homicide with caste as a reluctant sub-text and the judgement goes no further.

Silence on the failures of the prosecution

The Judgement, while acquitting Chinnasamy, Kausalya's father (who was A1 - the first accused) of all charges and setting him free immediately fails to even observe that the prosecution failed in its job completely. CCTV footage of the ATM withdrawals by A1 were not recovered, test identification parade was not conducted for the witnesses to identify A1 whom they had seen speaking to some of the assailants before the date of the attack, the police did not recover the registers from the lodge to establish the stay of the other accused individuals and the role of A1 in facilitating the same.

It is common for Courts, even while passing judgements of acquittal to comment on the quality of the prosecution, failures if any, and in some instances Courts have gone to the extent of ordering enquires against the investigating officers for their negligence and lapses. The present Judgment is silent on this aspect.

Apart from acquitting Chinnasamy (A1), the Court also commuted the sentence of the hirelings A4-A9 (Accused Numbers 4 to 9) from death sentence to that of 25 years continuous imprisonment. A reading of the summary of the prosecution's arguments even at this juncture is bereft of any reference to the obvious caste motives of the crime. All that is suggested by the State government counsel is that the assailants exhibited "caste bias" (paragraph 315 of the Judgement) and ought to be punished strictly.

Role of the Court

In conclusion, if caste bias alone could lead a group of individuals from a caste Hindu community to inflict a planned, gruesome and brutal attack on a young couple hardly a year into their marriage, can the responsibility of dispensing justice to the victims of this bias stop with a mere appreciation of evidence and legal precedents? Justice certainly demands that the Courts goes beyond treating a criminal case like this akin to any other adversarial litigation. It is clear from the above judgements of Arumugam Servai and Shakti Vahini that the Supreme Court has recognised that honour killings are an increasingly common occurrence that ought to examined judicially in light of its social consequences, without just being limited to the traditional contours of murder or homicide under the Indian Penal Code.

The responsibility of the Courts is beyond pronouncements of convictions and acquittal but also to perform a critical role of oversight to ensure that that the prosecution/state government is not compromising the pursuit of the case in any manner and even appoint an Amicus Curie (a neutral third party the Court appoints in some cases to assist it) if needed. The Court ought to have examined the societal impact of the crime and held all government institutions responsible for the state of affairs accountable and called the crime by its real name– Honour Killing - without hiding behind the veil of neutrality . The impact of this silence will be equally as far reaching as the acquittal of Chinnasamy.

(The author is a Chennai-based Advocate and may be reached at [email protected]. Views are personal)