Transfer of Judges : A Study In Arbitrariness 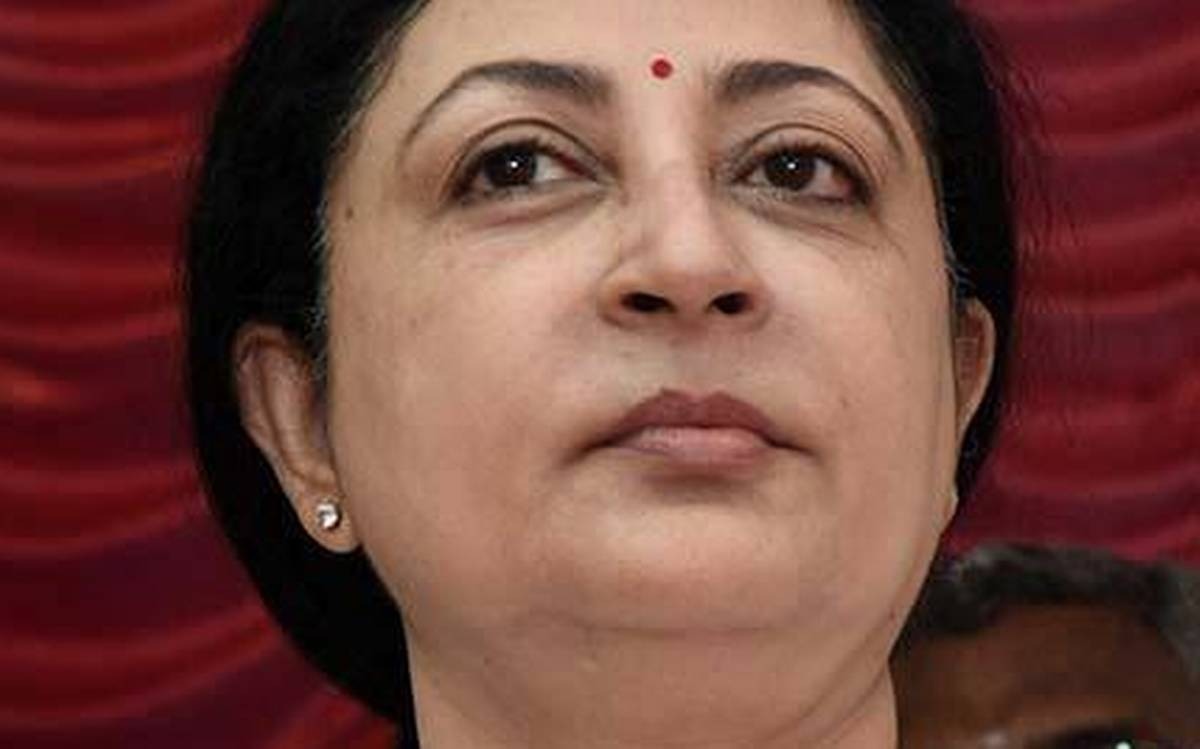 x
Justice V K Tahilaramani
What is so special about the Supreme Court collegium which places it beyond the reach of judicial principles regarding recording of reasons for decisions?

The arbitrary nature of functioning of the Supreme Court collegium has yet again come under public scanner, with reports about the decision of Madras High Court Chief Justice V K Tahilramani to resign in protest over her transfer proposal.

In a controversial decision made on September 3, the collegium consisting of CJI Gogoi, Justices Bobde, Ramana, Arun Mishra and Nariman recommended that Justice Tahilramani -the senior most among HC Chief Justices in the country - be transferred to Meghalaya HC from Madras High Court.

The collegium resolution rejecting her request for reconsideration of transfer proposal merely stated "it is not possible to accede to her request".

Justice Tahilramani was a judge of Bombay High Court for seventeen years, and had served as its Acting Chief Justice for few months. From August 2018, she has been serving as the Chief Justice of Madras High Court, which has a sanctioned strength of 75 judges. How is her transfer to Meghalaya High Court, which has at present two judges (including CJ) against a sanctioned strength of three judges, related to 'better administration of justice'?

Why Justice A K Mittal, who is junior to Justice Tahilramani in service by almost two and a half years, is proposed to be brought to Madras HC within three months of his taking charge as CJ of Meghalaya HC?

Why the transfer from a chartered High Court to a relatively smaller HC is made when she has shortly over a year left in service as HC judge?

The refusal of the collegium to spell out the reasons for making this apparently unusual transfer proposal has given birth to speculations that the move is linked to Justice Tahilramani's 2017 verdict in the Bilkis Bano case arising out of Gujarat riots. The verdict given by the bench headed by Justice Tahilramani in that case had upheld the life sentence of eleven persons and overturned the acquittal of five police officials and two doctors for destroying evidence in the case.

Opaqueness will certainly lead to conjectures!

This episode is more or less a déjà vu moment of the 2017 decision regarding transfer of Justice Jayant Patel. Justice Patel was transferred to Karnataka High Court from Gujarat as a puisne judge in 2016. In September 2017, he was transferred to Allahabad High Court, overlooking his seniority as per which he ought to have been elevated to the Supreme Court or appointed as Chief Justice of a High Court at least. Protesting this, Justice Patel Transfer of Judges : A Study In Arbitrariness resigned from judgeship. The unjustifiable nature of the transfer order gave credence to the speculations that Justice Patel was paying the price for ordering CBI inquiry in the Ishrat Jahan case. As a senior judge of the Gujarat High Court, he had ordered CBI probe into the controversial encounter of Ishrat Jahan and three others, and monitored the case for more than six months. It was during his monitoring that the CBI filed a charge sheet in the case naming top officials of the IB and Gujarat police. His transfer was widely condemned by several senior members of the Bar and the Bar Associations of Gujarat and High Court passing resolutions against it. Senior members of the bar commented that Justice Patel was victimized for not buckling under the pressure of Government.

Abuse of power to transfer

History tells us about several instances of abuse of power to transfer HC judges. The emergency period witnessed the transfer of sixteen HC judges. One of such judges challenged the transfer order in the Court, resulting in the decision Union of India v Sankal Chand Sheth.

The source of this power is Article 222 of the Constitution - a briefly worded provision which does not mention the grounds on which such power should be exercised.

The speech of Dr. B R Ambedkar in the Constituent Assembly regarding this provision will help us in understanding why this power was given. Dr Ambedkar gave two instances where the power could be validly exercised :

From the SC decisions on the subject of judges' transfer, following points emerge :
According to the view expressed by Justice Tulzaparkar in S P Gupta case, following could be instances where transfer is justified for better administration of justice :
Justice Pathak observed in the SP Gupta case that public interest is the touchstone on which every transfer must be tested and that this test implicitly circumscribes the exercise of power of transfer under Article 222.

In view of the grave silence maintained by the SC collegium, it is not possible to deduce whether these instances are applicable to Justice Tahilramani's case.

Need for judges' consent for transfer

The majority opinion in Sankal Chand and S P Gupta cases was that transfer need not be based on consent on the ground that Article 222 does not speak of it. But the majority view was strongly questioned by minority opinions delivered by Justice P N Bhagwati and Justice Untwalia, which held that it was necessary to read transfer as 'consensual transfer' to protect judicial independence.

Justice Bhagwati said in his dissent in Sankal Chand as follows :

"If Article 222(1) is interpreted to mean non-consensual transfer too this power of the executive would become a dangerous power, because the executive would then have an unbridled charter to inflict injury on a High Court judge by transferring him from the High Court to which he originally agreed to be appointed to another High Court if he decides cases against the government or delivers judgments which do not meet with the approval of the executive. That would gravely undermine the independence of the judiciary"

"Transfer without the consent of the judge concerned will bring devastating results and cause damage to the tower of judiciary and erosion of its independence."

Justices Bhagwati and Untwalia firmly advocated for 'consensual transfers' saying that it was the only workable check against abuse of this power. There are some aspects of judgeship which make out a strong case for transfers based on consent :

Transfer as a tool of vendetta?

Last year, the transfer of Justice Akil Abdulhamid Kureshi from Gujarat High Court to Bombay High Court had raised many eyebrows. It was widely felt that the transfer was a retaliatory response to Justice Kureshi's judgments against the ruling dispensation.

In 2010, Justice Kureshi had given custodial remand of Amit Shah to CBI in the Sohrabuddin case by setting aside the order passed by a Magistrate. He also rejected the defence plea for videography of Shah's questioning during the CBI custody. His 2012 order in the case concerning appointment of Justice R A Mehta as Gujarat LokAyukta had caused huge embarrassment to the Gujarat Government.

The Gujarat HCAA passed an unanimous resolution condemning the transfer as "unwarranted, uncalled for and unjust" and stated that they failed to "discern any good reason for the same and believes that such transfer is unjustified and certainly has no connection with the administration of justice". In 2016, Justice Rajiv Shakdher was transferred from Delhi High Court to Madras High Court, in a move which raised a lot of eyebrows. No one still knows the exact reasons which prompted the decision. Certain decisions of Justice Shakdher were bold- like the one which struck down SC policy to appoint Law Clerks only from National Law Schools and also the one which quashed the look out notice against Greenpeace activist Priya Pillai. His transfer invited sharp criticism from several senior members of the bar. Lawyers including former Solicitor General Soli Sorabjee, jurists Fali Nariman and K.K. Venugopal had, in fact, written to the then Chief Justice of India T.S. Thakur, seeking a review of the decision. In January 2018, he was transferred back to Delhi High Court.

The opaqueness in the Collegium decisions stands in stark contrast with the Supreme Court's declaration in several judgments that "Reason is the heartbeat of every conclusion as it introduces clarity in an order and without the same it becomes lifeless."

There are a plethora of decisions which state that recording of reasons is mandatory, even in administrative decisions, if such decisions affect anyone prejudicially. Recording of reasons operates as a valid restraint on any possible arbitrary exercise of judicial and quasi-judicial or even administrative power. Cogent reasons indicate that decisions are based on proper application of mind to relevant factors and not motivated by extraneous considerations or vitiated by bias or malice.

It was in October 2017 that the SC started to publicize collegium recommendations by uploading them on the website. But mere uploading of resolutions without spelling out the reasons for the decision will do nothing to bring in transparency in the process.

It is perhaps now time to ask : What is so special about the Supreme Court collegium which places it beyond the reach of these judicial principles regarding recording of reasons?