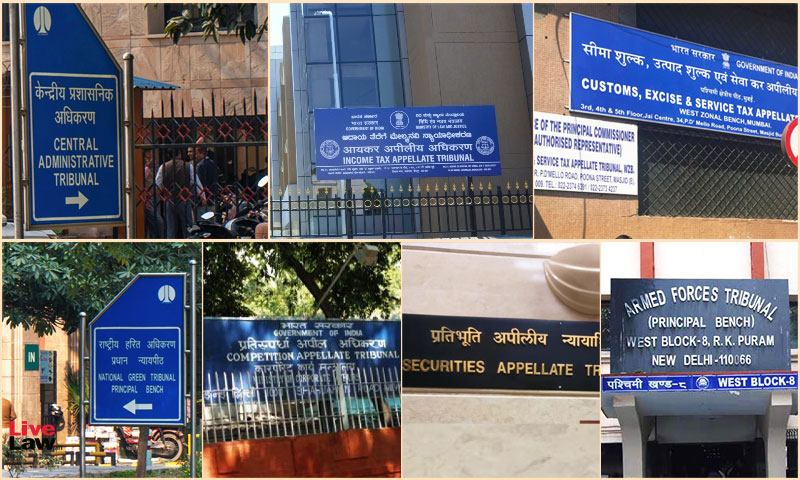 In the present legal system in India, tribunalisation is here to stay and the Supreme Court right from Sampath Kumar Vs. Union of India, (1987) 1 SCC 124 onwards has given its seal of approval to creation of Tribunals, subject of course, to various safeguards. The question that is sought to be examined in this article is whether presence of a judicial member is a must in every bench of...

In the present legal system in India, tribunalisation is here to stay and the Supreme Court right from Sampath Kumar Vs. Union of India, (1987) 1 SCC 124 onwards has given its seal of approval to creation of Tribunals, subject of course, to various safeguards. The question that is sought to be examined in this article is whether presence of a judicial member is a must in every bench of any Tribunal, irrespective of whether such Tribunal is exercising functions hitherto exercised by Courts or whether they are exercising adjudicatory functions under statues creating new remedies. The issue becomes important since currently in many Tribunals where the statute allows creation of benches of one member or more, benches are constituted of only non judicial members/technical members resulting in adjudication being done by benches in which there is no judicial member at all. The present article examines this issue by analysing the functioning of the National Consumer Disputes Redressal Commission established under the Consumer Protection Act, 1986 and the Adjudication Authority as well as the Appellate Tribunal established under the Prevention of Money Laundering Act, 2002.

Regulation 12 of The Consumer Protection Regulations, 2005 framed under Section 30A of the Act states that where the bench constituted by the President of the State Commission or the National Commission does not have a judicial member and if any complex question of law arises and there is no precedent to decide the law point, the bench so constituted may refer to the President to constitute another bench of which the President shall be a member. Therefore, under the said Act, as of now, the hearing of benches which consists of only non judicial members is permitted. The test to refer a matter to a bench of which a judicial member is present is very onerous under the Regulation. The very fact that the Consumer Protection Act mandates that at least fifty percent of members in the State Commission and National Commission should be judicial members indicates that the legislature did not contemplate benches being headed by non judicial members. However, interestingly, the Consumer Protection Act, 2019 which has been published in the Gazette on 9.8.2019 (but not yet notified), does not contain a provision that fifty percent of members of State Commission and National Commission should be judicial members. This is a regressive step and ought to be set aside if and when challenged before the Court.

The Supreme Court has consistently held that judicial review is a part of the basic structure of the Constitution. In fact, in the context of NCLT and NCLAT, the  Supreme Court has held in Madras Bar Association Vs. Union of India, (2010) 11 SCC 1 that two member benches of NCLT and NCLAT should always have a judicial member. The Electricity Act, 2003 mandates that every bench of the Appellate Tribunal should consist of at least one judicial member.

A perusal of the judgements of the Supreme Court right from Sampath Kumar (supra) till Rojer Mathew Vs. South Indian Bank, (2019) SCC Online 1456 clearly show that the emphasis of the Court is to have a Tribunal which encapsulates the independence and efficiency of regular Courts. However, the functioning of such Tribunals without a judicial member heading the bench defeats the very purpose of creating such Tribunals. Of course the  Supreme Court has granted its seal of approval to appointment of technical members to Tribunals wherever the expertise of such technical members are required. However, adjudication of disputes is essentially a judicial function and it is too serious a function to be delegated exclusively to non judicial/technical members.

In Sampath Kumar (Supra), in the context of deciding whether the Administrative Tribunal can be said to replace the High Court, it was held that there should not be preponderance of administrative members in any bench of the Administrative Tribunal. In L. Chandrakumar Vs. Union of India, (1997) 3 SCC 261 inter alia the constitutionality of Section 5(6) of the Administrative Tribunals Act, 1985 was challenged. Section 5(2) of the said Act stated that subject to other provisions of the Act, the bench shall consist of one judicial member and one Administrative member. However, Section 5(6) states that notwithstanding anything contained in Section 5, it shall be competent for the Chairman or any member authorised by the Chairman to function as a Single member. The Supreme Court in Chandrakumar read down Section 5(6) and in Para 98 held that if there is question involving the interpretation of the statutory provision or rule in relation to the Constitution arises for consideration of the single member bench of the Administrative Tribunal then the proviso to the said section shall automatically be applied and the matter may be referred to a bench of two members of which at least one must be a judicial member. Therefore, it appears on first blush that in Chandrakumar, the issue of a bench which consists of only non judicial members has been dealt with. However, on a detailed reading of the judgment, it is clear that the said judgment does not lay down a blanket ratio that benches with only non judicial members are legally sustainable.

As someone, who appears regularly before the NCDRC and the Adjudicating authority under PMLA and the Appellate Authority under PMLA, it can be categorically said that the quality of hearing before benches headed by judicial members are far superior to quality of hearing before the benches comprising of only non judicial members. Needless to say, non judicial members bring subject matter knowledge in specialized areas of law. However, judicial training and legal training are attributes which only a judicial member possesses and for adjudication of disputes a legally trained mind with judicial temperament is a must. Adherence to principles of natural justice, the sobriety required while adjudicating disputes, understanding that assistance of lawyers is essential to decide disputes – these are some of the factors as to why a judicial member is absolutely important while adjudicating disputes.

A couple of instances come to my mind. For a hearing before the Chairman (who was a non-judicial member) of the Adjudicating Authority under the PMLA, lawyers for all the parties including the lawyer for Enforcement Directorate were sitting inside the Court room waiting for the Chairman to start the hearing. About ten minutes before the scheduled time, the court master comes and informs that the Chairman wants to meet the lawyer for enforcement directorate in his chamber. The lawyer went to the chamber and came back after ten minutes. Immediately thereafter the Chairman entered the Court room to commence the hearing. The Chairman informs me in open Court that in order to save time, he has heard the lawyer for ED in his chamber and that I can start arguments now! Here the Chairman was not being partial or biased to ED nor was he aware that he is committing any impropriety. He genuinely believed that he was saving time by hearing the ED lawyer in his chamber before the time for scheduled hearing. Another instance that comes to my mind is when an ED lawyer asked for time to file a rejoinder. The Chairman directed me to argue the matter and said that he will reserve the matter for judgment and whenever rejoinder is filed the same will be served on me!

Even in the NCDRC, it can safely be said that there is a marked difference in the nature and quality of adjudication between the benches headed by the President (who is a retired Judge of the Supreme Court) and benches presided by judicial members (who are retired Judges of the High Court) on the one hand and the benches headed by non judicial members on the other hand. Once while appearing for an appellant builder at the NCDRC before a bench comprising only of non judicial members, I informed the bench that the matter has been settled and sought permission to withdraw the appeal. The same request was made by the lawyer for the consumer and the compromise memo was filed. However, what would have been a thirty second hearing before a judicial member took almost half an hour before the bench could be convinced that it was legally permissible to allow the Appellant to withdraw the appeal! The only purpose for recounting these instances is to emphasize the importance of having judicial members in a bench. It can reasonably be assumed that these instances would never have happened if a judicial member was heading the bench. This is not to belittle any non judicial/technical member. Non-judicial/ technical members being in a Tribunal of course bring subject matter expertise. However it was never intended that non judicial/technical members would replace judicial members from the process of adjudication.

It is high time that the Government accepts this reality and amends every statute by which Tribunals are created and incorporate a provision that every bench of every Tribunal exercising quasi-judicial functions shall be headed by a judicial member. If the Government fails to do so, the Supreme Court may consider issuing comprehensive guidelines like in Madras Bar Association (supra) and clarify that every bench of every Tribunal exercising quasi judicial functions shall be headed by a judicial member if it is a Division Bench and if it is single member bench shall consist only of a judicial member. In fact, the latest judgment of the Constitution bench of the Supreme Court in Rojer Mathew (supra) categorically reiterates that adjudication of disputes which was originally vested in Judges or Courts, if done by technical or non judicial members is clearly a dilution and encroachment on judicial domain. The said requirement of judicial member heading the bench should be made applicable to all quasi judicial Tribunals, Authorities, and Commissions, irrespective of whether such quasi judicial bodies are exercising functions hitherto exercised by the Courts or whether they are exercising adjudicatory functions under statues creating new remedies like in the case of Consumer Protection Act, 1986 and Prevention of Money Laundering Act, 2002.

Author is a practicing Lawyer in Supreme Court