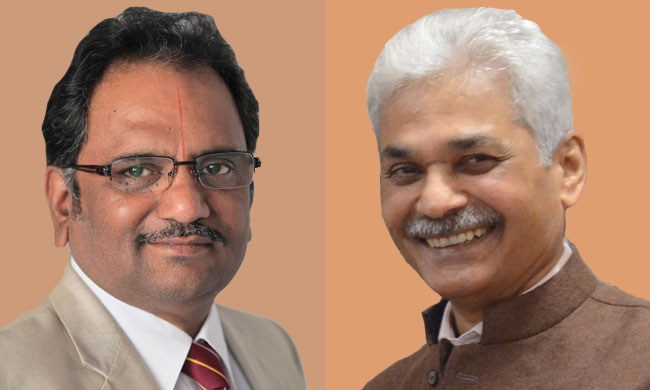 "The Right to Information (Amendment) Bill, 2019", has been passed by the Lok Sabha. This was earlier moved in the Rajya Sabha during the previous session of Parliament, but not pressed because of severe criticism. In the debate which then ensued, several MPs opposed the Bill. If this Bill is passed by Rajya Sabha and receives the assent of the President, the Government will prescribe the terms, stature and salary of the Commissioners through notifications, because this amendment added an expression 'as prescribed by centre".

There was a huge consultation and discussion on RTI Bills before 2005. This Bill was brought without discussion and consultation. In RTI Bill, 2004 had a strange provision of appointing Deputy Commissioners, who would function as per 'the direction of the Central Government'. The Parliamentary Standing Committee had then rightly recommended its deletion because it would make every Information Commissioner a clerk in the administration. Finally when the Bill was passed, this sub-clause was replaced with: "...may exercise all such powers and do all such acts and things which may be exercised or done by the Central Information Commission autonomously without being subjected to directions by any other authority under this Act."

No consultation or debate

Ignoring all these suggestions and discussions and report by Parliamentary Standing Committee, the Government says that RTI Act 2005 was hurriedly adopted by then Central Government, which is patently not true because there was wide ranging consultation before 2005, whereas there are no such deliberations or consultations before introducing RTI (Amendment) Bill, 2019 which is set to dilute the Act by impinging on Information Commissioners' Independence by tinkering with status, salary and autonomy.

The Central Government's move will also impact the sovereignty of the states since it seeks to curtail their powers in deciding on the degree of independence for Information Commissioners in their own jurisdiction. If the Bill is passed, there would be an anomalous situation where states would have the power to appoint Commissioners, but the Centre will decide their tenure, salary and status.

There is another serious issue: earlier, by passing the Finance Act in 2017, the central Government had sought to harmonise the status, salaries and allowances of members of various Tribunals whereby their Chairpersons' salaries were made equal to the Election/Information Commissioners and those of members equivalent to High Court Judges. It may be mentioned here that salaries of Election/Information Commissioners are the same as those of Supreme Court Judges.

Similarly, sub-section (5) of Section 16 of the Act provides that the salaries and allowances and other terms and conditions of service of the state Chief information commissioner and State Information Commissioners shall be the same as that of the Election commissioner and the chief secretary to the state government, respectively. This also will change now and will be according to terms 'as may be prescribed' by center, not by states!

The question is when the pay structure of the Tribunal Members has been harmonized, why is the Government persevering with its move to break the harmony between the Information and Election Commission with respect to the status and pay structure of the Information Commissioners. The aim then behind the Bill is to downgrade the commissioners by reducing their status, pay and terms of service.

Centre goes back on stand 'RTI a Constitutional Right'

If RTI had come earlier in India like some other countries, then like CEC it would have found mention in the Constitution itself. Both CIC and CEC are therefore equal and should be equally independent of the Government or political interests. They are the pillars of Union of India. Like judiciary, these two institutions should be separate from legislative and executive according to well-established theory of separation of powers propounded by Montesquieu
[1] and incorporated in Indian Constitution. If the Election Commission that enforces a right under Article 324 (1), is a constitutional institution, how can the Information Commission that enforces a fundamental right under Article 19(1)(a), is not constitutional body? Since the mandate of both is similar, that is to fulfil Constitutional Rights obligations – why this kind of rationalisation?

Further, the constitutional scheme of distribution of powers between the Centre and states envisages that the Centre cannot make a law for states on the subject of access to records under the control of states. But the Centre has done it on the plea of enforcing fundamental rights under Article 19(1)(a)', saying the right to information is intrinsic to this article. While the RTI Act 2005, recognizes the sovereign authority of states to select their information commissioners, the Bill of 2019 strangely does not allow states to decide their term, status and salary. If this Bill is passed, the status of ICs all over the nation -both Centre and States will vary 'as prescribed by the Center'. The center might prescribe different status, term and salary for every notification and for every state or Centre. It makes the stature of the IC institutions wholly uncertain, unequal and totally dependent upon the whims and fancies of the Government of the day.

This is antagonistic to federal polity, which is the basic structure of the constitution. The Bill therefore will weaken the transparency regulator and enable the Central government to encroach upon the sovereignty of state governments. Many states may object to such a move. Besides how can both salary and tenure be specified from time to time? Does it mean different salary and tenures for different commissioners?

The preamble of the RTI Act of 2005 lays out its broad objectives – Transparency and Accountability. The Information Commissioners adjudicate appeals in a manner that these objectives are fulfilled. To help ensure that they fulfill their role without any fear and favour, the Information commissioners were to be kept insulated from political vagaries and adorned with appropriate status. Hence detailed deliberations were held with all stakeholders including the judiciary, legislature and the executive before giving the present status to the Commissioners, as enshrined in the Act. It was also hoped that persons of proven competence, integrity and forthrightness would be selected for the job.

RTI Act is sunshine legislation. Astute handling of RTI queries will directly impact governance especially the public delivery system and expose corruption. More and more poor and from rural India are seeking recourse through the RTI. A 10 rupee application gives them hope and to the receiver – a public responsibility. The need of the hour is to strengthen the RTI regime by posting bold, Upright and competent Commissioners who uphold the dignity and power of the Institution. Reducing their status, salary and tenure would be a retrograde step amounting to creation of an RTI ministry under the Government. The Bill therefore may kill the RTI Act itself. It is the duty of Parliamentarians to exercise their individual intellectual discretion, while voting on the Bill. Better still, in the same vein as the PM's appeal to the public for sending suggestions for his August 15 speech from the Red Fort, the proposed amendment of RTI should be thrown open to the Public for wide-ranging discussions and suggestions before taking a decision. (A part of this article first appeared in Hindustan Times on 23rd July 2019)