The Conflict Between Ukraine And Russia & TRIPS 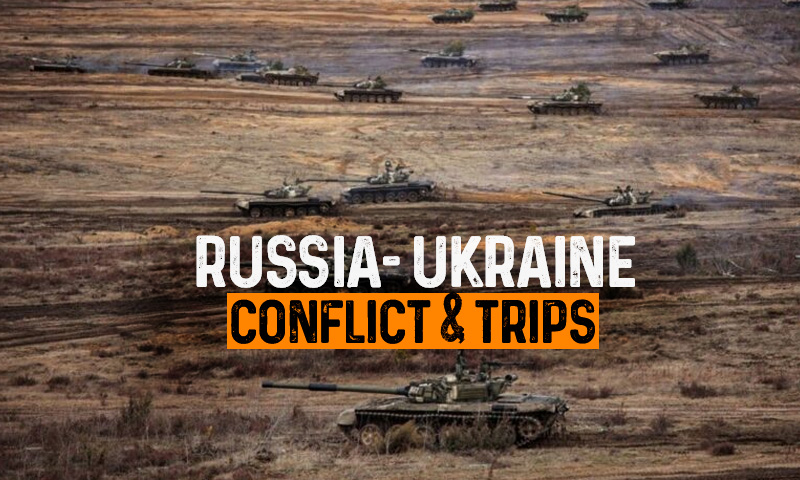 Every war has collateral damage. Creators of the many goods and services owned and distributed by the companies which have boycotted Russia are the collateral in this conflict. The conflict between Ukraine and Russia, among other things, provides an interesting insight into how workable copyright laws are. Some, especially those on the receiving end of the economic troubles, as a result,...

Every war has collateral damage. Creators of the many goods and services owned and distributed by the companies which have boycotted Russia are the collateral in this conflict. The conflict between Ukraine and Russia, among other things, provides an interesting insight into how workable copyright laws are. Some, especially those on the receiving end of the economic troubles, as a result, may go ahead and proclaim them to be 'soft'.

In the wake of unprecedented economic sanctions, the Russian Ministry of Economic Development has proposed a change in the copyrightand patent legislation of the country, as laid down in the Russian Civil Code. With companies like Apple, Microsoft etc., based out of the United States, pausing operations in Russia, the Kremlin needs to reassess its usage of such goods and services. The decree by the ministry eases the requirement that Russian industries must pay for using the intellectual property of non-Russian entities. Such a move would imply the legitimization of piracy and the reproduction of intellectual property without due remuneration.

In this regard, the Trade-Related Aspects of Intellectual Property Rights (TRIPS) Agreement is the most authoritative instrument on protections for intellectual property in the international arena. It provides for the enforcement of protections and a stringent dispute settlement mechanism in the event of a violation concerning the usage of intellectual property. 164 nations are a party to the agreement, Russia being one of them. This presents us with the contention of this article. How pliable are the protections under the agreement in the face of international sanctions on an economy?

Article31 of the Agreement is at the center of this discussion. The subject of this provision is compulsory licensing, an instance where a member nation may permit some other producer touse a patent without the right holder's permission. Clause (h) states that a member nation is allowed to use a patent without the authorization of the right holder. The member nation must pay the right holder adequate remuneration in each case. The economic value of each instance of usage of a patent is the driving force behind this provision. However, any disputes concerning such remuneration will be subject to judicial review by an authority of the member nation responsible for remuneration. Earlier, for every product manufactured by a Russian company, using a patent/industrial design/innovative scheme of some other creator, the Russian company was required to pay the creator remuneration. This requirement, seemingly, has been subverted by the recent decree, which has reduced the compensation to 0% for companies that are based in or registered in the nations which have sanctioned Russia. Even worse, for the rights holder, is the fact that their remedy lies in the hands of the courts of Russia.

Besides the subversion, an incomplete construction of the justifications to implement compulsory licensing also creates a grey area in the law. Article 31(b) underlines the events which may trigger compulsory licensing for a member nation, national emergencies and 'other circumstances of extreme urgency' being some of them. Article 31 in its entirety has not prescribed or is silent on what may be the reasons for directly pursuing compulsory licensing as opposed to an application for permission. So, even though a member may declare itself to be in a situation as described above, these are not reasons to justify abrupt compulsory licensing and bypassing the right holder's consent. In the current case, Russia aims to continue economic operations by reducing penalties and fines for using patents without the right holder's consent. This is violative of Article 31 as it only mandates compulsory licensing for public non-commercial use. Therefore, a Russian company or entity making commercial gains by producing or manufacturing a good or service based on a non-Russian patent does not sit well with the Agreement.

The Agreement faces a moment of reckoning as we are witnessing pro-piracy legislation. The sanctity of intellectual property is the foundation of technological progress and innovation. The least member nations can do, as far as an international mechanism is concerned, is to deliberate and prescribe for extraordinary situations like sanctions in clear cut terms. The ambiguity concerning compulsory licensing could be misused by nations that are not under sanctions as judicial scrutiny lies in their hands. This may result in the compartmentalization of intellectual property respecting regions and deviants, thereby hampering collective innovation, and sharing of technologies. Globalization may bear the brunt of having parallel global economies running on profits from illegal patent usage.