Who's Waste, Is It Anyway? 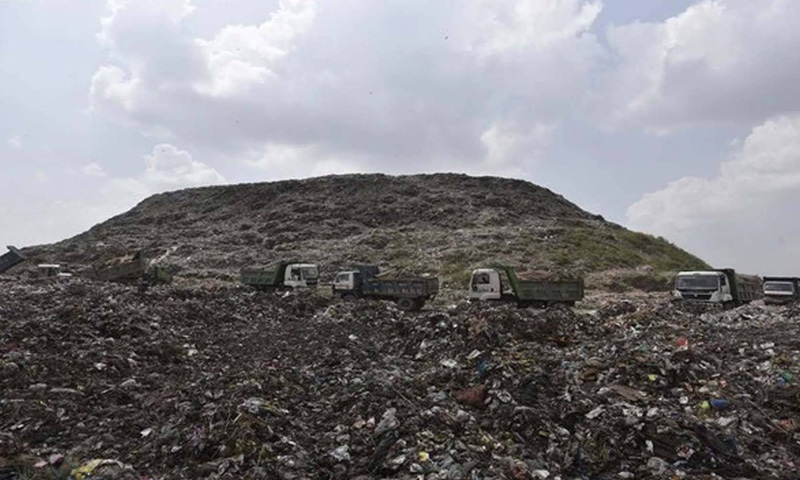 The first United Nations conference on the human environment will be 50 years old in 2022. The United Nations Conference on the Environment, held in Stockholm in 1972, was the first global gathering to prioritise environmental issues. The Stockholm Declaration and Action Plan for the Human Environment, as well as many resolutions, were accepted by the participants as guiding principles for sustainable environmental management. The Stockholm Declaration, which contained 26 principles, elevated environmental issues to the forefront of international concerns and signalled the beginning of a dialogue between developed and developing countries on the relationship between economic growth, pollution of the air, water, and oceans, and global human well-being. The Stockholm Convention and the Basel Convention on the Control of Transboundary Movements of Hazardous Wastes and their Disposal have a joint mandate on Persistent Organic Pollutants (POPs) wastes, and have agreed to work closely together on determining the levels of destruction and irreversible transformation required to ensure that POPs characteristics are not exhibited. Furthermore, the Conferences of the Parties to the two Conventions work together to decide what constitutes ecologically sound disposal.

Sadly, a few days back, a massive fire broke out in a pile of garbage in Gurugram's Manesar late at night in India. The incident was reported by a media giant Asian News International, where as many as 35 fire engines were called, one person died and around 2-3 people got injured, said the fire department officials. The garbage mass was spread over 26 acres of land, all of which were burned down and several explosions were also reported in the area. All of this created huge flames which took more than 10 hours to control. Similarly, a few years back a tragic incident of East Delhi's recent Ghazipur landfill explosion which claimed two lives and many injuries once again brought the civic authorities and environmentalists together and compelled them to execute and implement some sort of new policy framework. Since, 1984 Ghazipur Landfill was operational and accumulated millions of tonnes of garbage and trash. Almost 80 feet high, this garbage mixed with silts became a bomb which was ready to explode. And it did.

With rapid urbanisation, the country is facing massive waste management challenge. A report by IIT Kanpur (2006) found the potential of recovering at least 15 per cent or 15,000 MT of waste generated every day in the country. The report added that despite immense potential in big cities in this area, participation from non-profits or community is limited. In some urban centres, people working in the informal sector collect solid waste for each doorstep to get a collection fee and derive additional income from sale of recyclables. The informal recycling industry plays a major role in waste management. It also ensures that less waste reaches landfills. The waste management problems are unresolved and will lead to a crisis if this continues for long without any planning and policy reforms. To overcome this problem, a need to re-think the policy and legal framework dealing with Solid Waste (SW) was felt. SW has sadly emerged as the 'Flying Dutchman' of India and is not only spoiling the beautiful terrain of India but also seem to have cursed the areas in and around with its disastrous aftermaths. According to the 12th Schedule of the 74th Constitution Amendment Act of 1992, urban local bodies (ULBs) are responsible for keeping cities and towns clean.

The SWM Rules, which replaced the Municipal Solid Waste (Management and Handling) Rules, 2000, were updated and announced by the MoEFCC in April 2016. The new regulations have gone beyond municipal limits. It requires waste generators to segregate trash at the source and to recycle and reuse dry waste such as paper, plastic, glass, and metal, as well as to compost or bio-methane moist waste from the kitchen. The guidelines provide ULBs the power to create bylaws and set criteria for levying spot penalties. The NGT, which is a legislative authority, was founded in 2010 with the broad goal of safeguarding Article 21's 'Clean Environment as a Fundamental Right.' After recognising the flaws and the gravity of the problem, the NGT is now pursuing it with utmost seriousness and urgency, using its socio-legal weapons. NGT now has two tasks: to understand the issues and to give aid through objective assessment. Many directives were issued, including the creation of buffer zones surrounding plants and waste sites, the compilation of action plans, the prosecution of the responsible authority in the event of inactivity, and so on.

Nevertheless, the Tribunal continues to receive complaints about non-compliance with statutory regulations, demonstrating the Municipal Bodies' complete failure to discharge their obligations. While coercive measures such as prosecution and imposing accountability on authorities for their failure are a distinct matter, the Tribunal thought it was appropriate to engage in discussions with stakeholders in order to develop a system for carrying out the Tribunal's instructions. In India, there are certain general standards and policies. In India, the Ministry of Environment, Forests and Climate Change (MoEF), the Ministry of Urban Development (MoUD), the National Environmental Engineering Research Institute (NEERI), the Central Pollution Control Board (CPCB), and State Pollution Control Boards (SPCBs) are in charge of waste management administration and regulation, while ULBs are in charge of ground level implementation. According to a recent report by the National Green Tribunal (NGT) on the compliance of the Municipal Solid Waste Management Rules, 2016 in the state of Uttar Pradesh, even after monitoring the performance of government authorities for four years since the application was filed, there has been little to no improvement in following any of the compliances.

Various statutory deadlines set forth in the rules have passed, and this is considered a criminal offence under the terms of the Environment Protection Act of 1986. The Tribunal looked at a variety of issues, including state-by-state action plans, financial compliance, rule-based timetables, sewage management, and other comparable concerns. The Tribunal recommended that the treatment capacity of solid waste be expanded, that processing/disposal facilities be established in the Urban Local Bodies be established, that the complete legacy garbage collected in the State be estimated, and so on. Currently, there are no incentives for garbage pickers, and the economic worth of informal waste recycling labour is not recognised. Municipalities are required to incorporate informal waste-pickers in their waste-management processes under the new laws. The Government of India has published a guide, "An Inclusive Swachh Bharat through the Integration of the Informal Sector: A Step by Step Guide," to assist ULBs and states in integrating informal waste-pickers and promoting solid waste reuse and recycling as part of the Swachh Bharat Mission-Urban (SBM-U). The committee found that the responsible authorities had not been following SWM guidelines effectively. Byelaws imposing penalties for non-compliance with SWM Rules 2016 must be enacted and regular monitoring and evaluation to ensure the waste management system's long-term viability must be carried out.

The Hon'ble NGT in OA No. 606 of 2018, Vide order dated 16.01.2019, after noticing that statutory timelines provided under Rule 22 of Solid Waste Management Rules, 2016 for various steps had expired and failure of the same was a punishable criminal offence under the provisions of the Environmental (Protection) Act as well as under the provisions of the National Green Tribunal Act, 2010 (NGT Act), the Tribunal required the presence of Chief Secretaries of all States/UTs. Data on the amount of garbage generated in India is contradictory since there is no mechanism in place to gather data on waste creation on a regular basis. As a result, solid waste estimates and predictions vary greatly from one agency to the next. SWM Rules 2016 require trash to be separated at the home level, which means waste generators must separate garbage into three categories: biodegradable, non-biodegradable, and hazardous waste.

Following that, the segregated garbage must be given to authorised waste collectors. Only in regions where private companies and non-governmental organisations are actively involved can waste collection efficiency may reach 100%. Most Indian cities and towns dispose of their trash by placing it in low-lying areas outside of the city, with no proper measures taken. According to research, there is no land accessible for landfill. Finding fresh territory becomes a huge difficulty for ULBs since they lack the means to do so. There have been no thorough studies covering all of the country's cities and municipalities to characterise the garbage created and disposed of in landfills. As a result, policymakers find it challenging to come up with appropriate solutions for the trash generated by particular regions.

The COVID-19 phase has posed a new set of obstacles to India's SWM system, including preserving social distances at treatment plants and among collecting employees, as well as a scarcity of personal protective equipment (PPE) and safety gear for conservancy staff. These issues jeopardise SWM personnel' safety, waste treatment regulations, and other processes. To reduce waste and littering and enhance reuse and recycling, the policy agenda for sustainable SWM must encourage behavioural change among individuals, elected officials, and decision-makers. Community knowledge and a shift in people's attitudes regarding solid waste and its disposal can help India's SWM system significantly. With the correct information and communications technology (ICT) infrastructure, waste management can assure effective monitoring and assessment. Citizens' objections may be thoroughly investigated, and analytical results on the operation can be received quickly. This 50th anniversary serves as a reminder of the most pressing environmental issue: waste. Who's waste, is it anyway?