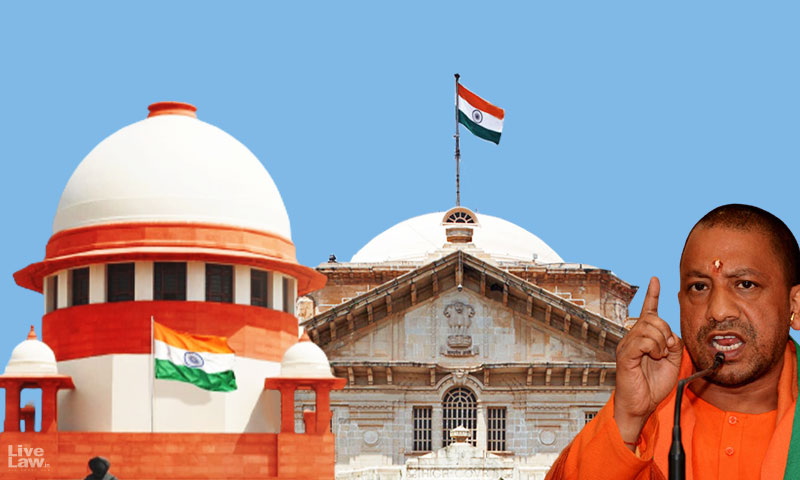 The brazenness displayed by the Uttar Pradesh administration in deflecting the course of investigation in the gangrape and the murder of a 19-year-old Dalit woman in Hathras is unparalleled. The wholly inhuman act of forcible cremation of the dead body of the victim during the wee hours by the police and the district administration, ignoring the objections of her family and without...

The brazenness displayed by the Uttar Pradesh administration in deflecting the course of investigation in the gangrape and the murder of a 19-year-old Dalit woman in Hathras is unparalleled. The wholly inhuman act of forcible cremation of the dead body of the victim during the wee hours by the police and the district administration, ignoring the objections of her family and without even allowing them to perform the last rites, can leave anyone with an ounce of conscience mortified. This was followed by a jaw-dropping claim by a senior official of the UP Police - ADGP (Law and Order) - that no rape occurred in the case as forensic samples did not show the presence of semen traces. This legally untenable attempt to contradict the dying declaration of the victim casts a shadow over the commitment of the police to bring the culprits to law.

Amid raging public outrage over the apparent official apathy towards the horrific incidents, the administration has put Hathras under a lockdown, barring the entry of media and political leaders. Seemingly buckling under public pressure, the UP government suspended the District Magistrate and Superintendent of Police of Hathras on Friday night.

ABSOLUTELY UNBELIEVABLE - Right behind me is the body of #HathrasCase victim burning. Police barricaded the family inside their home and burnt the body without letting anybody know. When we questioned the police, this is what they did. pic.twitter.com/0VgfQGjjfb

The Allahabad High Court (Lucknow Bench) has taken suo moto cognizance of the gangrape and the midnight cremation of her body, saying that the incidents shocked the conscience of the judges.

"...we are inclined to examine as to whether there has been gross violation of the fundamental rights of the deceased victim and the family members of the victim; whether the State Authorities have acted oppressively high handedly and illegally to violate such rights", observed the HC.

The Court has summoned the Home Secretary, Director-General of Police, ADGP (Law and Order), District Magistrate of Hathras and S.P of Hathras. The Court has also ordered for protection to be granted to the family members. Although the long date given by the Court for the next hearing - October 12- is a matter of concern especially in the light of reports of officials threatening the family members, the judicial intervention has provided some glimmer of hope for securing justice in the case.

This is the third rape case from the State of Uttar Pradesh, in a period stretching over one year, in which a constitutional court is making an intervention to ensure proper probe.

Last year, to ensure free and fair trial of cases related to the rape of a minor girl of Unnao in 2017, the Supreme Court made a suo moto intervention to transfer them out of UP to Delhi.

The SC intervention came after a horrific incident which happened on July 28, 2019, when a truck rammed into a car in which the Unnao rape- survivor, her lawyer and two of her aunts were traveling near Rae Barelli in UP. Few days before the incident, she had sent a letter to the Chief Justice of India seeking protection stating that her life was in danger.

On July 30, the then CJI Ranjan Gogoi took suo moto notice of the letter sent by the Unnao woman.

"What is going on in this country?!", he exclaimed harrowed by the details of the criminal acts executed with a brazen sense of impunity.

The Court transferred all cases relating to the Unnao rape, including the case related to the death of the survivor's father in custody and the truck collision, which was allegedly staged, out of Uttar Pradesh to Delhi.

The Court also ordered a compensation of Rupees 25 lakhs to the survivor and arranged for her treatment at AIIMS Delhi.

It may be recalled that the prime accused in the case, Kuldeep Singh Sengar, a BJP MLA, was arrested only after the Allahabad High Court passed a strongly worded order in April 2018.

The HC order came after the 18-year-old survivor, exasperated at the official inaction on her complaint, had tried to immolate herself outside the house of Chief Minister Yogi Adityanath, who handles the home portfolio as well. The FIR was registered after her immolation attempt sparked widespread anger and protest. A day after her desperate protest, her 50-year-old father died custody. He was earlier arrested by the UP police in a petty case after the girl levelled rape allegations against Sengar.

While ordering the arrest of Sengar, the High Court slammed the administration for acting under the influence of the accused.

"The disturbing feature of the case is that the law and order machinery and the government officials were directly in league and under the influence of Kuldeep Singh. The Doctor did not examine the prosecutrix, nor did the Circle Officer, Shafipur, register the crime, though hand written complaint of the prosecutrix was sent from the office of the Chief Minister. On petty offence, father of prosecutrix was beaten up by the brother, and the goons of Kuldeep Singh and was arrested and in the custody was beaten mercilessly. It further appears that false cases were lodged against the family members. Finally, father of the prosecutrix succumbed to injuries. The prosecutrix unable to face the pressures exercised upon her by Kuldeep Singh, who was having the backing of the law and order machinery of district Unnao, attempted to immolate herself to draw the attention of the society that she needs help and protection of the custodians of law, which was put to the winds at the behest of the accused Kuldeep Singh", the HC observed.

The HC added that the prosecutrix and her family members have been running from "post to pillar but her complaint was not registered, despite approaching the Chief Minister". 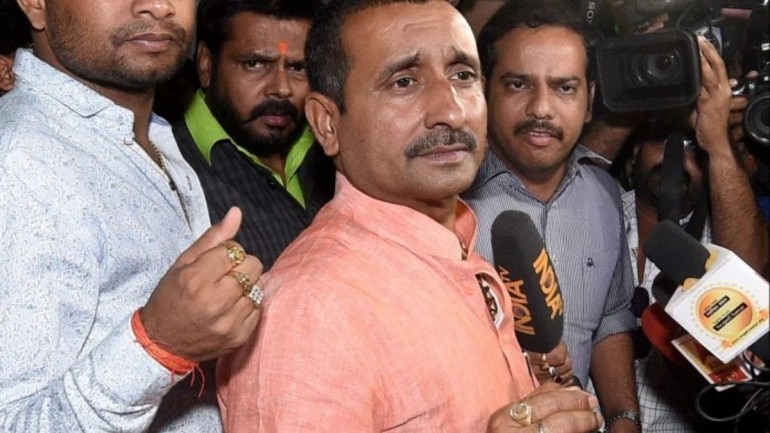 While transferring the trial of the cases out of Uttar Pradesh, the Supreme Court fixed a four-month deadline to complete the proceedings. The apex court also asked the CBI to take over from the UP Police the investigation into the road crash.

In December 2019, a Delhi court found Kuldeep Singh Sengar guilty of rape and sentenced him to life imprisonment. The proceedings in other cases related to the death of her father and the road crash are progressing.

The Trial Court found that she was threatened by Sengar to keep quiet. The Court also recorded that no sooner the incident was reported, a "vicious tirade" against the father and uncle was "orchestrated" by Sengar.

The trial judge had recorded the statement of the survivor at AIIMS hospital, where she was undergoing treatment after the truck collision.

Had there been no push from the SC and the HC, this case would have still dragged on, and Sengar would have been roaming around the State with full power.

In August last year, a student of LL.M in a college in Shajahanpur in UP uploaded a video in Facebook alleging that former Union Minister and BJP leader Swami Chinmayanand had sexually exploited her multiple times. She was studying in Swami Shukdevanand Law College, of which Chinmayanand was the Director. In the Facebook video, she alleged that Chinmayanad had "destroyed the lives of several girls".

Few days after the video became viral, the student went missing. This aspect was mentioned before the Chief Justice by a group of lawyers led by Advocate Shobha Gupta. Based on that, the Supreme Court took a suo moto case and a bench comprising Justice R Banumathi and A S Bopanna sought response from the UP Government and police. The police traced the student from Jaipur and produced her before the bench.

After interacting with the girl in private, the bench observed that "she left Shahjahanpur with three college mates who were also their family friends to protect herself."

On September 2, 2019, the SC ordered the UP Government to constitute a Special Investigation Team headed by a police officer in the rank of Inspector General of Police to be assisted with the Superintendent of Police and a team of police officers to enquire into the grievances and apprehensions raised by the student.

The Court also directed the Allahabad High Court to monitor the investigation of the case. 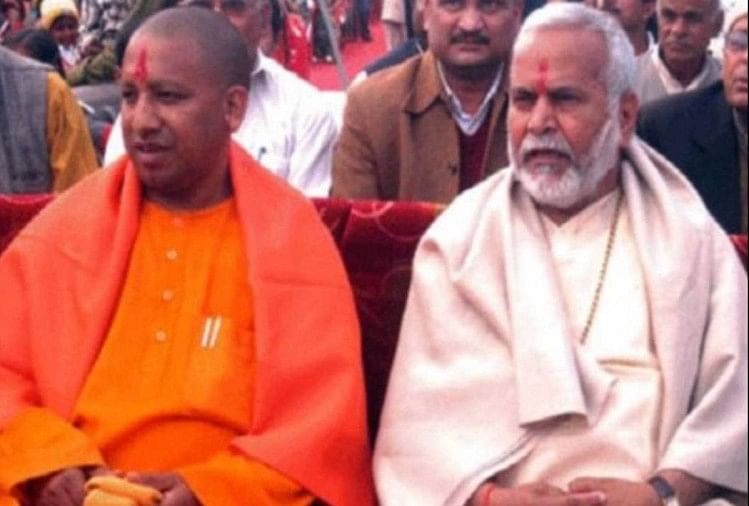 Following the SC intervention, Chinmayanand was arrested on September 20. The student was also arrested in a counter-case which was registered on the allegation that she tried to blackmail Chinmayanand on the basis of videos captured by her containing the acts of sexual abuse committed by him.

In November 2019, the SIT filed chargesheet in both the cases, following which she was granted bail in December 2019. In February this year, the High Court granted bail to Chinmayanand, with certain unusual observations which have the potential to pre-judge the criminal trial in the sexual exploitation case against him.

Justice Rahul Chaturvedi of the High Court observed in the order that case was one of 'quid pro quo' and that 'both used each other' and that the student was trying to 'extract more' from Chinmayanand after enjoying his 'benevolence' and 'patronage'.

In the bail order, the HC also directed the transfer of cases from Shajahanpur to Lucknow. The trial court was directed to take up the cases on a priority and deal with them on a day-to-day basis.

The Senior Superintendent of Police, Lucknow was directed to ensure the security and safety of the student, her family members and witnesses during the entire trial period by deputing an officer to the rank of Senior Sub Inspector and armed constables.

As in the Unnao case, it needed the intervention of the higher courts for the case against Chinmayanand to witness some action.

A similar pattern seems to be repeating in the Hathras case as well.