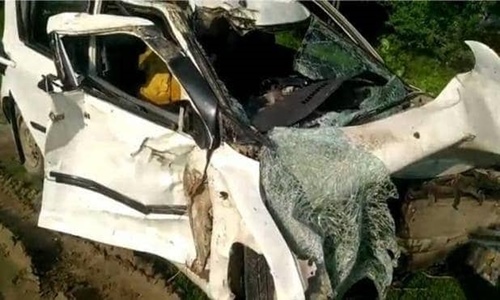 In a letter dated July 12,the Unnao rape survivor's family wrote to the Chief Justice of India Ranjan Gogoi, complaining of criminal intimidation, lack of security and pleading with the CJI to take protective measures.

The letter, in Hindi, alleged that on July 7, at around 9 in the morning, accused Shashi Singh's (the woman who had supposedly lured the victim to BJP MLA Kuldip Singh Sengar) son Navin, the MLA's brother Manoj Singh, one Kunnu Mishra and two unidentified persons arrived at their doorstep and threatened them from inside a car that the "judge has been bought" and accordingly, "Kuldip Singh's and Shashi Singh's bails have been confirmed" and that the victim's family "will be made to rot in jail for malicious prosecution". "An example of this you have already seen in Mahesh Singh's case (the rape victim's uncle against whom as many as a dozen cases have been registered, ranging from railway robbery to attempt to murder, and who is lodged in a jail in Rae Bareilly)...there is still time...compromise and settle...", the family was allegedly warned.

The following day, Shashi Singh's husband Haripal Singh came to their residence at 10 AM and reiterated the threat to "compromise and settle", lest the "entire family be made to rot in jail and die on the charge of malicious prosecution", the letter stated further.

The letter stated that it was annexing a video-recording of the first instance of the criminal intimidation from the car and Haripal Singh's photograph.

On Sunday, a truck rammed into the car in which the rape survivor was travelling near Rae Bareilly , killing her two aunts and leaving her and lawyer critically injured.

Kuldeep Singh Sengar has been booked for murder and criminal conspiracy in connection with the accident, even as the victim battles for her life.

The allegation is that Sengar, a four-time MLA who represents Bangermau in the UP assembly, raped the teenage girl at his home in 2017.  Sengar was arrested on April 13, 2018, after the rape survivor held protests outside Chief Minister Yogi Adityanath's residence in Lucknow.