What The Dark Clouds Bring – Just Not Storm But Rain! 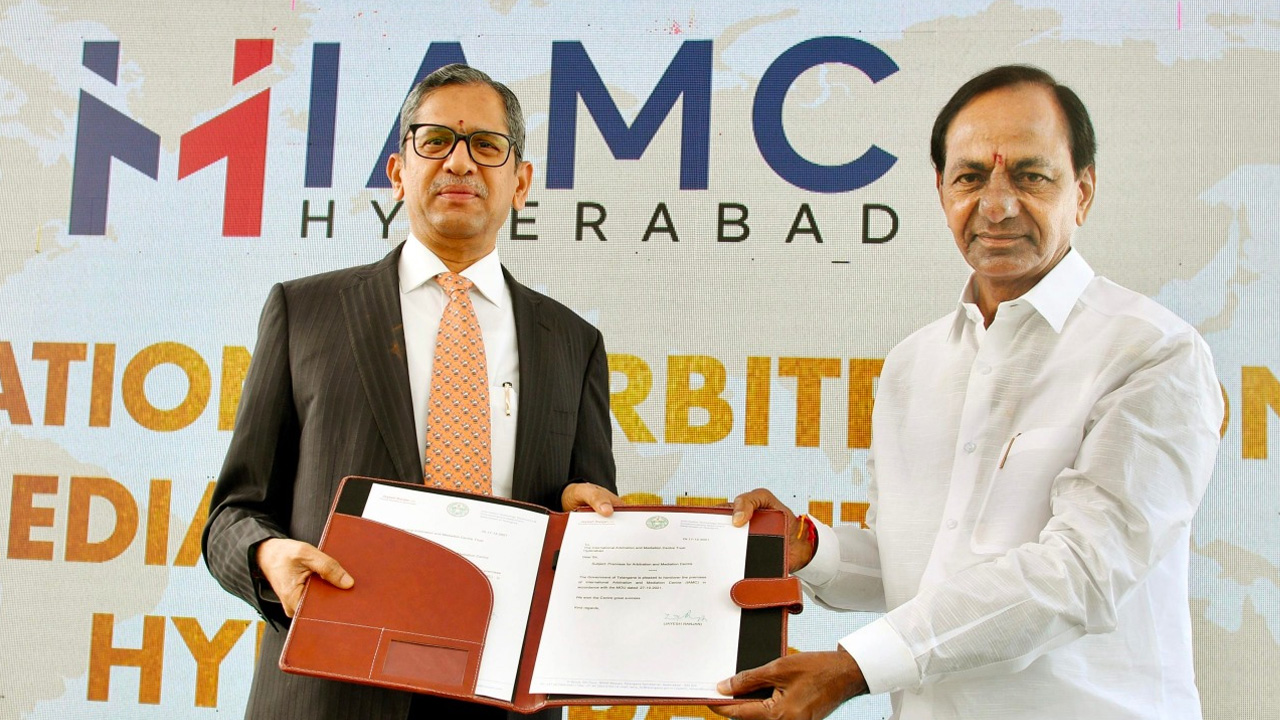 On June 13, Sriram Panchu wrote an article, for The Wire, captioned ' Thanks to Our Judges, Darkness Now Clouds India's Mediation PlayingField', Mr. Sriram is truly a shining star in the mediation firmament that dark clouds cannot still dim his effulgence. He writes with compelling logic and if he alludes to the higher judiciary as casting dark clouds, it cannot be brushed easily. Normally, one would believe that he has cross checked on facts about what he writes and therefore, there is no reason to suspect any misinformation. He was the first one to speak about mediation as a strong and viable tool of dispute resolution that he got the then Chief Justice of Madras High Court to set up court-annexed mediation in the court campus, the first of its kind in India. He has the growth of mediation closest to his heart. Personally, I look up to him for guidance, if I have a knotty problem to confront and I find my inner reserves, inadequate to help find a solution. He is not given to sweeping comments without adequate reasons and if he says now that the International Arbitration and Mediation Centre (IAMC) is 'ill begun, and wrongly run and should be shut down, either there is too big a blunder in founding the institution or a rash statement, made not recklessly but with a genuine concern that a lofty cause of mediation is not besmirched by shaky edifice. For a single time, perhaps, my friend Sriram is far too mistaken by miles; the lesson to be learnt is that 'every storm falters; every sun breaks'.

Is setting up a mediation centre with infrastructure matching the best in the world a problem because the Chief Justice of India is the author of the Trust which established the institution or that judges of the Supreme Court, past or present are in the governing council? What do we expect the judges to do outside courts and court hours, if not associated with matters of law, - visit places of worship or attend weddings of lawyers' sons and daughters only? If the Chief Justice of India could be a Patron of the International Centre for Alternative Dispute Resolution in Delhi or the Chief Justice of the Delhi High Court could set up Delhi International Arbitration Centre and be the Patron in Chief, what is wrong with the Chief Justice of India setting up International Arbitration and Mediation Centre? Should international prefixes be available only to institutions at Delhi? A professionally run institution is seldom a State-run body; State patronage however is the most desired appendage to evoke institutional credibility and increased public responsibility. Oh, setting up a mediation initiative offering commercial disputes for a fee is a big no-no? What hypocrisy is it that free mediation service rendered pro bono is the only way to promote mediation? If IAMC had assured that all their services were free, could it have corrected the wrong that Sriram sees? How many readers know that the fee scale prescribed for mediators by IAMC is Rs.7500 at the lowest and Rs.100000 at the maximum for multi-crore disputes? It is a fraction of what lawyers charge their clients for guiding their clients in mediation sessions. Do all know that even the lawyers who work pro bono as mediators at High Court Mediation centres are paid an honorarium for every case conducted by them?

If, instead of making the available property worth several crores to a trust-worthy body of individuals, the Government of Telangana had itself set up a mediation centre at Hyderabad and appointed a IAS officer or a judge brought on deputation, do we guarantee that it will run successfully even for a few years? Do we not have examples of government-run institutions with lofty ideals that become decrepit by inept bureaucratic approaches and poor upkeep? The State government has done what Sri Krishna Committee recommended that it shall come forward to promote institutional arbitration by facilitating the building of infrastructure. Sriram sees the danger of judges using judicial office to benefit former colleagues or themselves as post-retirement benefits, but has he not been the beneficiary of referral through IAMC, as I was, for cases referred through the same institution? If his response would be that parties chose their own mediator and was not appointed by IAMC, are we not proving just the opposite – what Sriram wants, - that parties have the autonomy to choose their own mediators and not forced to suffer mediators thrust on them. It must be remembered, in court-annexed mediation, where referrals are made through courts, parties have no choice in the appointment of a mediator. Why, in the arguably the biggest dispute of the century, in the Ram Janmbhoomi – Babri tangle, the parties did not choose Sriram or any of the other two mediators; not all of them had formal training in mediation. Indeed, they were bigger than the formally trained ones.

Some persons have some fanciful thoughts that NCLT is prevailed on to extend patronage to IAMC. There is no truth in that, as I have come to know. Only 2 major cases have been assigned to IAMC by NCLT, Hyderabad Bench, - one to Sriram and another to me! Neither of us is doing the cases for free! We are not governed by the fee restrictions that the Rules prescribe. As specialist senior mediators, we have been allowed the benefit of prescribing our own fees to parties. Even the recent reference by the Supreme Court in the dispute involving two prominent public personalities to IAMC, it is reportedly for the use of its online facilities only and not the choice of arbitrator or mediator.

Is there a breach that the Board of Trustees has any role to play in the appointment of mediators/ arbitrators? As far I can gather information, it is the Registrar in consultation with the Governing Council that makes the appointment. There is a specific Article of the Governing Council Constitution that prohibits the appointment of any of its members to be a mediator or arbitrator. None of the three judges named in Sriram's article could be an arbitrator or mediator in any case. None of the trustees is paid any remuneration. I have cross-checked on facts to know that the life trustees of IAMC have spent their own time, money, and energy tirelessly on the development of IAMC and have never accepted any reimbursements for their efforts, travel, and accommodation to Hyderabad. There is an editorial note to Sriram's article as if to suggest that IAMC being not a government body but founded by a trust deed consisting of Supreme Court judges is a matter of concern. We need judges, sitting and retired, whom we trust and who can found institutions of everlasting glory and not government bodies that have proclivities to decay in corruption and nepotism.

The author is a Senior Advocate & Mediator.

He is also a former justice of the Punjab and Haryana High Court.

Disclaimer: These are the personal opinions of the author.