Spare The Rod And Spoil The Child : Why India Is Not Yet Ready To Decriminalize Cannabis? 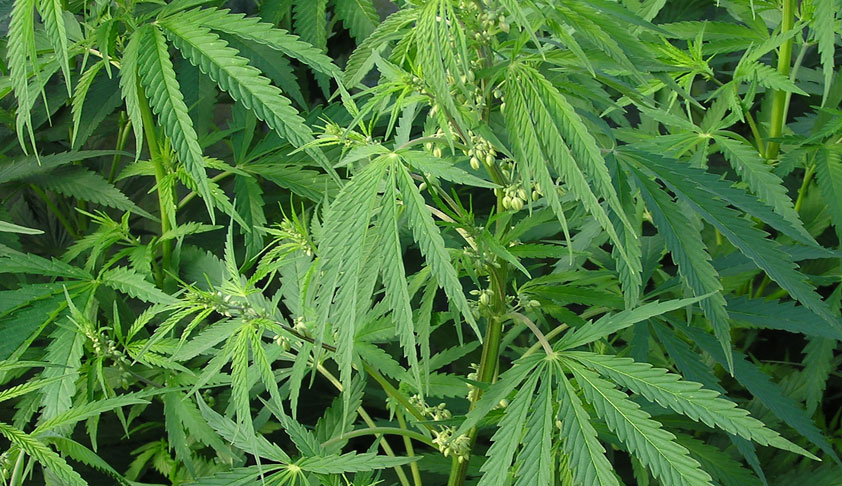 Cannabis use has been prevalent from times immemorial, especially in a place like India whether it is in the form of Ganja or Bhang. Cannabis can be used in several forms. It is often smoked as a dry, shredded green and brown mix of flowers, stems, seeds, and leaf. It can be smoked as a cigarette, in a pipe or bong, or as a blunt. A blunt is a cigar casing that has been...

Cannabis use has been prevalent from times immemorial, especially in a place like India whether it is in the form of Ganja or Bhang. Cannabis can be used in several forms. It is often smoked as a dry, shredded green and brown mix of flowers, stems, seeds, and leaf. It can be smoked as a cigarette, in a pipe or bong, or as a blunt. A blunt is a cigar casing that has been filled with marijuana. It might also be mixed in food or brewed as a tea. A more concentrated form called hashish is made from the tops of female plants. Users can become dependent on or addicted to marijuana, just as someone can with alcohol and tobacco. A person is dependent on cannabis when they have withdrawal symptoms. Someone is addicted to the drug when the drug use interferes with many aspects of life but they still can't stop using it. Drug use may affect their finances, school work, and social life. Cannabis can be harmful in several ways. Some of these are felt right away. Others damage a person's health over time. Marijuana affects short-term memory and the ability to handle difficult tasks. When using stronger types of marijuana, even simple tasks can be difficult.

The drug affects a person's ability to understand and also their reaction time. So users get in car crashes more often than people who don't use cannabis. In India lately a lobby has emerged to legalise cannabis, for medical use, industrial use, and recreational.

The government is working on ascertaining the greater usage of CBD which may be used as an analgesic, even though it's not as potent as morphine. Cannabis license is allowed and the state government has been given full autonomy to provide the license, subject to the conditions and the situation of that state.

As of date the state of Uttrakhand and Jammu and Kashmir have issued licenses to those players who have a registered research centre.CSIIR-IIM and a start up from Bombay, called Bombay Hemp company has come in collaboration with the state government with regard to conducting an extensive research in Cannabis and its medicinal uses along with industrial uses.

Repercussions If Cannabis gets a green signal.

What is Law eventually, it's simply to regulate people. By decriminalizing cannabis, the government will allow the consumption of THC content and have it spread rampant in the society such that of India, the regulation will go in dustbin and slowly the Pandora's Box will open and eat up the whole society into a full blown anarchy. If you want that, then go ahead and issue notice and take it even further but if you understand the seriousness of the issue at hand this matter shouldn't see another light in the court. The WHO report on drug dependency states that usually cannabis precedes other drugs, overtime the person develops tolerance of the drug, the high and euphoria is not as dense and is usually short lived, eventually making the person move on to bigger pastures - Opium, Cocaine etc. An excerpt of Medical Marijuana paper states that upon experimentation a person got catalepsy after consuming Bhang, it's a state where in one loses consciousness and rigidity of body takes place.

People are also contending on trying to draw parallels on how USA has legalized Cannabis, and is heading towards a progressive society. The circumstances under which Cannabis has been legalized are very grave; a serious percentage of the US population has been addicted to cocaine, heroin leading to high number of deaths and abuse. The drug problem took over USA, hence as a step to reduce the occurrence of deaths and serious addictions to synthetic drug, a lesser evil, a lesser intoxicant was thought as the best solution to minimize the Cocaine and Opium usage. However in India we have got no such issue and we certainly cannot draw parallels without considering the context. However the state governments are giving licenses if they can declare that the hemp/Cannabis they are going to be using should have a low THC content – between 0.3% to 1.5%.

Aditya Barthakur vs. Department of Family health and welfare.

Cannabis remains contraband in India, after the Bombay high court dismissed a petition filed in April to decriminalise its use, on the ground that the legislature, and not the court, was the appropriate forum for the challenge.

A bench of justices VM Kanade and Shalini Phansalkar Joshi dismissed advocate Aditya Barthakur's petition that had produced evidence of the medicinal benefits of Cannabis, and ordered:

"We are afraid that this Court while exercising its writ jurisdiction under Article 226 of the Constitution of India cannot grant the reliefs…Apart from that, the Petitioner has produced certain technical data regarding useful effects of Ganja etc. We are afraid that we are not experts in the field and the Petitioner can raise this issue in the Parliament"

Prashant Sharma vs. Ministry of Health and Family Welfare and ors.

The Delhi High Court dismissed on 26th July with a cost of Rs 10,000 a petition seeking to legalise cannabis, a banned drug which attracts criminal prosecution, for medical purpose

A bench of Chief Justice D N Patel and Justice C Hari Shankar said there was no substance in the petition and it was not inclined to grant the prayer.

"It appears this petition is seeking direction to legalise cannabis for medical use. It can only be done by bringing proper enactment or amendment under the Narcotics Drugs and Psychotropic Substances (NDPS) Act. We are not inclined to grant the prayer," the bench said.

The court said the cost of Rs 10,000 be deposited by the petitioner with the Delhi High Court Bar Association Library fund.

The court was hearing a petition by law student Prashant Sharma seeking direction to the authorities to allow medical use of cannabis and its allied products, frame a proper policy for it and make necessary amendments in the NDPS Act in this regard.

The plea, filed through advocates Pankaj Mehta and R K Mehta, said cannabis has been erroneously treated as a criminal justice issue instead of a public health issue and it is high time that these errors are corrected.

This matter is pending in the Delhi high court.

Doctors may have conflicting opinions, professional opinions, but the fact remains that this territory, once treaded upon will open a can of worms and once decriminalization takes place, it will only degrade the Indian society in its rut and act as a black hole sucking up everything that comes in its trajectory. Is India ready just yet? – Clearly not, because of our Socio economic issues and population and our callous attitude as people. We are still evolving. The population is diverse and not yet mature to handle this. Till the time the government doesn't totally ascertain as to what the uses of cannabis are, the government cannot really give it a green signal as its misuses far outweigh its uses. The Indian setup is not favorable for Cannabis, the repercussions are high, the cognitive growth will be redundant in young adults as has been verified in the INCB report (International Narcotics Control Board, 2019) It states that there are about 3.2 Crore users of Cannabis in India and the recent WHO report has given a complete clarity on how bad the situation will be if we open this can of worms.

The critical review report explains clearly the drug dependency that arises out of cannabis. In the end, it makes no sense for the government to make special laws on cannabis when it's partially decriminalized already and is in a perfect setup. No business can be conducted at the cost of millions of addicts. It is imperative to understand the gravity of the situation; India needs to walk before it can run.

(Author is a Central Govt. Standing Counsel at Delhi High Court. Views Are Personal Only)