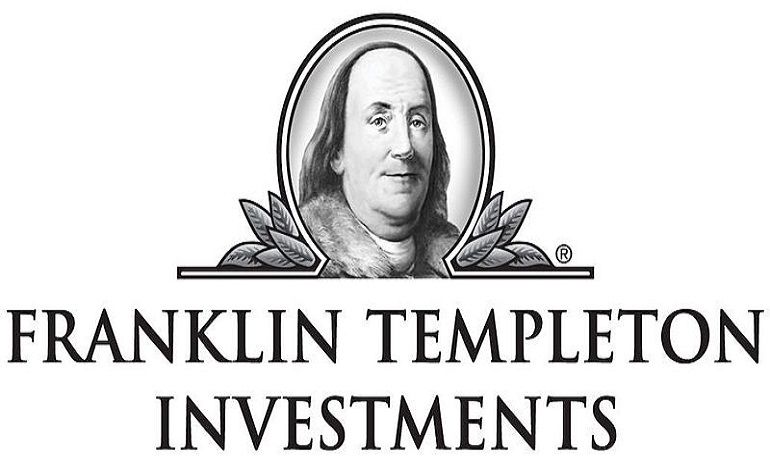 INTRODUCTION As the disclosure states "Mutual fund investments are subjected to market risk" is not just a mere caveat but a decisive factor which the investors and their advisors should consider prior to the investments. Assets Under Management (AUM) of Indian Mutual Fund Industry as on March 31, 2020 stood at Rs. 22,26,203 crore. The AUM of the Indian MF Industry has...

As the disclosure states "Mutual fund investments are subjected to market risk" is not just a mere caveat but a decisive factor which the investors and their advisors should consider prior to the investments.

The total number of accounts (or folios as per mutual fund parlance) as on March 31, 2020 stood at 8.97 crores (89.7 million), while the number of folios under Equity, Hybrid and Solution Oriented Schemes, wherein the maximum investment is from retail segment stood at 7.94 crores (79.4 million). Therefore the Mutual Fund investments have seen an unprecedented spike in the last decade.[3]

Securities and Exchange Board of India ("SEBI") is the regulatory authority for securities markets it regulates, among other entities, mutual funds, depositories, custodians and registrars and transfer agents in the country. As per SEBI (Mutual Funds) Regulations, 1996 all mutual funds operating in the market shall seek approval of the Board.[4]

Therefore under terms of Registration[5] an undertaking clause (a) of the regulation specifies that the trustees, the sponsor, the asset management company and the custodian shall comply with the provisions of SEBI (Mutual Funds) Regulations, 1996.

SEBI (Mutual Funds) Regulation, 1996 requires all Asset Management Companies and Trustees to abide by the Code of Conduct as specified in the Fifth Schedule to the Regulation. The AMFI Code[6] has been drawn up to supplement that schedule, to encourage standards higher than those prescribed by the Regulations for the benefit of investors in the mutual fund industry.

Typically, the subject of Winding Up with respect to Mutual Funds depends on the type of fund:

a. Close-ended funds have a fixed maturity. Investors can buy units of a close-ended scheme, from the fund, only during its New Fund Offer. The fund makes arrangements for the units to be traded, post-NFO in a stock exchange. This is done through listing of the scheme in a stock exchange.

b. Open-ended funds are open for investors to enter or exit at any time, even after the New Fund Offer. When existing investors acquire additional units or new investors acquire units from the open-ended scheme, it is called a sale transaction. It happens at a sale price, which is linked to the NAV.

As per Regulation 39 of SEBI (Mutual Funds) Regulation, 1996 a scheme of Winding Up is mentioned for both close ended and open ended.

A close-ended scheme shall be wound up on the expiry of duration fixed in the scheme on the redemption of the units unless it is rolled over for a further period under sub-regulation (4) of regulation 33.

Regulation 33 (4) provides for close ended schemes which may roll over, however, before the roll over, the net assets and net asset value of the scheme, are disclosed to the unit holders and a copy of the same has been filed with the SEBI.

Provided further that such roll over will be permitted only in the case of those unit holders who express their consent in writing and the unit holders who do not opt for the roll over or have not given written consent shall be allowed to redeem their holdings in full at net asset value based price.[7] Therefore, a close ended scheme is connoted with a fixed date of expiry, unless otherwise expressed.[8]

III. WINDING UP A OPEN ENDED FUND WITH REFERENCE TO FRANKLIN TEMPLETON FAILURE

39. (2) A scheme of a mutual fund may be wound up, after repaying the amount due to the unit holders,—

(a) on the happening of any event which, in the opinion of the trustees, requires the scheme to be wound up;

The notice which has been served to the unit holders and the SEBI is mandatory by law as per:

(3) Where a scheme is to be wound up under sub-regulation (2), the trustees shall give notice disclosing the circumstances leading to the winding up of the scheme:—

(b) in two daily newspapers having circulation all over India, a vernacular newspaper circulating at the place where the mutual fund is formed.

There are typically 03 ways of winding up a Scheme under SEBI (Mutual Funds) Regulations, 1996 which are as follows:

(a) On the happening of any event which, in the opinion of the trustees, requires the scheme to be wound up; or

(b) If seventy-five per cent of the unit holders of a scheme pass a resolution that the scheme be wound up; or

(c) If the Board so directs in the interest of the unit holders.

In order to commence any of the following a Notice has to be served in order to give effect of the same. However the Notice is only the commencement of the winding up process, the effect, procedure and manner of winding up is deem to be followed.

Effect of winding up of a scheme is specified under Regulation 40 of SEBI (Mutual Funds) Regulations, 1996 the trustee or the asset management company as the case may be, shall—

(a) cease to carry on any business activities in respect of the scheme so wound up;

(b) cease to create or cancel units in the scheme;

(c) cease to issue or redeem units in the scheme.

IV. PROCEDURE AND MANNER FOR WINDING UP

The detailed procedure for winding up is specified under Regulation 41 of SEBI (Mutual Funds) Regulations, 1996.

Step 1: The trustee (in the instant case Franklin Templeton Trustee Services Private Limited) shall call a meeting of the unit holders to approve by simple majority of the unit holders present and voting at the meeting resolution for authorizing the trustees or any other person to take steps for winding up of the scheme.

Therefore only 50% of approval of unit holders is necessary. In case of close ended fund the same shall not be applicable.

Once the approval of unit holders is received for winding up of the scheme the realization of assets and discharge of such liabilities would commence, by virtue of a "waterfall mechanism".

Step 2: The unit holders would authorize (through the resolution approved) the trustee or any other person dispose of the assets of the scheme concerned in the best interest of the unit holders of that scheme.[10]

Step 3: The proceeds of sale realized under Step 2, shall be first utilized towards discharge of such liabilities as are due and payable under the scheme and after making appropriate provision for meeting the expenses connected with such winding up, the balance shall be paid to the unit holders in proportion to their respective interest in the assets of the scheme as on the date when the decision for winding up was taken (unit-holding as on the date of winding up notice is served).[11]

Step 4: On the completion of the winding up, the trustee shall forward to-

a. the Board; and

b. the unit holders

Step 5: After the receipt of the report under Step 4 in adherence to sub-regulation (3) of regulation 41, if SEBI is satisfied that all measures for winding up of the scheme have been complied with, the scheme shall cease to exist.[12]

Step 6: The units of a mutual fund scheme shall be delisted from a recognized stock exchange in accordance with the guidelines as may be specified by the SEBI, with immediate effect.[13]

The Franklin Templeton Scheme "hereinafter referred as FT" has served a notice for winding up of the following schemes (all schemes were open-ended):

A. Franklin India Low Duration Fund (No. of Segregated Portfolios – 2)

Now, very soon FT would be conducting the above steps in order to complete the winding up process.

However, there are some persisting question which FT would have to face for instance the Ultra Short Bond Fund which failed had 44%-45% of its lending was over 3-6 month period. Therefore, contradicting the definition of Short Duration Funds[14], the regulator has not commented upon the above contradictions yet.

Due to the outbreak of n-Covid 2019 the Security Market in India has observed high VIX index rate, and loss of investor confidence. The FT scheme closure has been a huge setback for the Mutual Fund investors and other retail investor, seem to lose their confidence in the market.

[9] Notice u/ Regulation 39(2)(a) https://www.franklintempletonindia.com/downloadsServlet/pdf/notice-of-winding-up-final-230420-k8lf815l

[14] Definition of Short Duration Funds: Investment in Debt & Money Market instruments such that the Macaulay duration of the portfolio is between 3 months -6 months, SEBI Circular No.: SEBI/HO/IMD/DF3/CIR/P/2017/114, Categorization and Rationalization of Mutual Fund Schemes