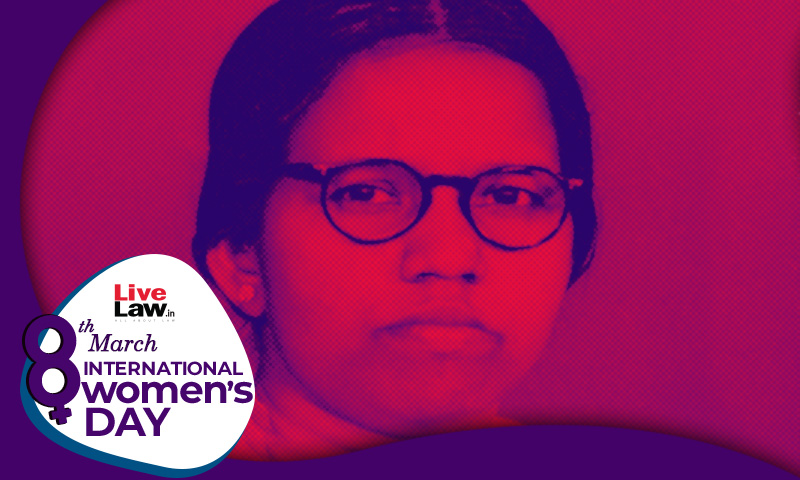 Memories are important, public memories are further so. What we choose to remember (or choose to forget) from our past, decides our present and governs our future. And this is equally applicable to constitutional history of a nation. It is only when we remember where we began (i.e. the founding moment) that we can make sense of our present political and constitutional context and...

Memories are important, public memories are further so. What we choose to remember (or choose to forget) from our past, decides our present and governs our future. And this is equally applicable to constitutional history of a nation. It is only when we remember where we began (i.e. the founding moment) that we can make sense of our present political and constitutional context and move towards goals and aspirations of future polity.

Academically, the landmark work of Granville Austin on Indian Constitution making does recognize one of the women members, G. Durgabai amongst the 21 most important figures in the assembly listed by him but goes on to describe her as 'Wife of C.D. Deshmukh' in her 'After Assembly' Bio.[1] As far as general public is concerned, there are hardly any public sources available on all 15 women members to read and remember. In fact, even Wikipedia pages do not exist for few of these women members.

And it is for this reason that on this March 8th, I remember Dakshayani Velayudhan, the lone Dalit Woman in the Constituent Assembly of India and enlist excerpts from her few speeches in the assembly in the current article.

Dakshayani was born in the year 1912 in Cochin in a caste Pulayas and faced various kinds of discrimination on the basis of her caste. Yet she resisted and became the first Dalit woman graduate of India. She became member of the Constituent Assembly of India from Madras constituency and joined the assembly on 9th December 1946. She married R. Velayudhan in presence of Mahatma Gandhi and Kasturba Gandhi in Gandhi Ashram. While her role in the Constituent Assembly warrants further academic discussion, suffice is to state what Meera Velayudhan, her daughter and feminist scholar has written, Dakshayani's interventions in the Constituent Assembly were moulded by time she spent with both Gandhiji and Ambedkar. [2] She was a Gandhian who sometimes agreed with Dr. Ambedkar and sometimes disagreed with him.

Women members of the Indian Constituent Assembly were mostly propertied women with upper caste and upper class background. Dakshayani Velayudhan was the only voice of Dalit women in the assembly, making her participation an important and unique part of our constitutional history. Here are few of her interventions-

On Untouchability and Responsibility of State-

But she did not believe that untouchability can be abolished solely with a provision in the Constitution, rather she called for a wider campaign by the state for ending this practice and stated-

"........When this Constitution is put into practice, what we want is not to punish the people for acting against the law, but what is needed is that there should be proper propaganda done by both the Central and Provincial Governments. Then only there will be improvement that we want...."

Arguing that the governments prior to the Constitution should have taken action, she continued-

".....If the Provincial and Central Governments had taken action previously I think there would have been no necessity for an article of this kind in this Constitution. Last year I brought a resolution before the Constituent Assembly for declaring that untouchability should be made unlawful. When I approached Panditji, he said that this is not a Congress Committee to move such a resolution, and that it will be taken up in course of time. My reply was that if a declaration was made in the Constituent Assembly, it will have a great effect...."

Further, stating that from her younger days, the very thought of untouchability was revolting to her, she states that it is responsibility of those who furthered the caste system to work for its abolition, she shares her example from her college days and states-

"...While I was a student in the College, one of my classmates approached me for subscribing to a fund for the abolition of untouchability. My reply was, 'you people are responsible for this and therefore it is for you to raise the money and it is not proper that you should ask me for money'..."

Highlighting the role of people in ending the practice of untouachability, she continued-

"The working of the Constitution will depend upon how the people will conduct themselves in the future, not on the actual execution of the law. So I hope that in course of time there will not be such a community known as Untouchables and that our delegates abroad will not have to hang their heads in shame if somebody raises such a question in an organisation of international nature."

While the other members of the Constituent Assembly focused on definition of untouchability in Ar. 17, Dakshayani focused on larger need of sustained effort by state in ending discrimination against Dalits. Today when Dalits continue to face manual scavenging and various other large scale violation of their right to dignity and when anti-reservation propaganda of the current government is very vocal, Dakshayani's vision of state responsibility is a reference point to demand accountability from the government.

It is on this occasion while she was arguing for wider campaign for abolition of untouchability, she was interrupted by Vice President who in a rather sexist manner said, "You have exceeded the time-limit. It is only because you are a lady I am allowing you". This marks one of the many instances of sexism in the Constituent Assembly.

Suggestion for Putting Constitution to Voting-

Indian Constituent Assembly was not elected by Indians through a universal adult franchise voting system. It was an indirectly elected body by members of the provincial assemblies. Further the election to the provincial assemblies was also not based on universal adult franchise. It was based on limited franchise with range of tax, property and educational qualifications imposed. As a result, only 28.5% of the adult population of the provinces could vote in the elections of early 1946. The limitation for Scheduled Caste and women population was further restrictive. For example, in Madrass, only 10% of Scheduled Caste Adult population could vote in the provincial elections. In United Province only 2.5% of Scheduled Caste Adult population could vote.[4] Similarly for women, as per Census 1941, the female literacy rate for entire undivided India was 7.30% as opposed to literacy rate of 24.9% amongst men.[5] Clearly thus women and Dalit population would have been disenfranchised at large scale.

Thus the Indian Constituent Assembly faced democratic deficit, a fact and anxiety shared by Constituent Assembly members on many occasion on the floor of the assembly. In fact one member even suggested abolition of the Constituent Assembly and establishment of new one. It is in this reference Dakshayani's suggestion for putting Constitution to vote becomes important. On, 8th November 1948, during a general discussion on draft constitution, she argued-

Her suggestion did not see the light of the day and Constitution never became part of election agenda. But her suggestion is visionary on questions of legitimacy of a democratically deficit constitution. It is worthwhile to imagine, the legacy and impact of such an exercise of putting constitution to general public, if it was undertaken as per her suggestion.

On Begar and Economic Exploitation-

Clause 11 of the report was in reference to prohibition on forced labour, begar and involuntary servitude. Stating that Clause 11 (Ar. 23 of the current Constitution) will bring 'an economic revolution' in the 'fascist social structure existing in India', she supported the clause. She states-

"......it is a clause which mostly relates to a community, a vast regiment of people who are subjected to untold miseries for so many centuries. Sir, even nowadays we find traffic in human beings in some parts of India and this clause will have a great effect on the underdogs of this land who will have a voice when India gets her independence. This clause will bring about an economic revolution in the fascist social structure existing in India....."

She further cautioned that the system of economic exploitation is not limited to begar and exists in various forms, she says-

"Even if there is not the system of 'begar' in other parts of India, almost a similar sort of compulsion exists throughout India and the majority of the people are subjected to exploitation economical and in all sorts of ways. The underdogs of this land are deprived of the facilities that make life happy....."

".....When this sort of economic exploitation is eliminated from this land, the underdogs also will rise up and will be in a position to assert their rights and keep up their self respect and dignity and they too will have a right to enjoy like the people belonging to the upper class and upper caste....."

Today when contractualization and outsourcing is reality of our liberalized economy, Dakshayani's caution on various kinds of economic exploitation echoes the concerns of right to dignity and self respect for large part of our work force.

Dakshayani's interventions in the Constituent Assembly caution us against the challenges of our current times and at the same time provide us reference points to question state and demand accountability from it for rights of disadvantaged groups of our society. Her assertion for need of larger campaign for abolition of untouchability remains relevant to us today.

Dakshayani brought specific focus on people in actualization of aspirations of the Constitution as we have seen with her intervention on untouchability. On another occasion, while speaking on Jawahar Lal Nehru's Resolution on Aims and Objective, on 19th December 1946, she focused on people's role in working of constitution and submitted that, a Constituent Assembly not only frames a constitution, but also gives the people a new framework of life.[8] The question is have we imbibed the constitution as a framework of life and internalized the Constitutional values?

(Surbhi Karwa is alumnus of RMLNLU-Lucknow and NLU-Delhi. She undertook a feminist critique of Constituent Assembly Debates for her LL.M. thesis)