A Compromised Judicial Independence Is The Single Biggest Security Threat To This Country-Prof. Mohan Gopal 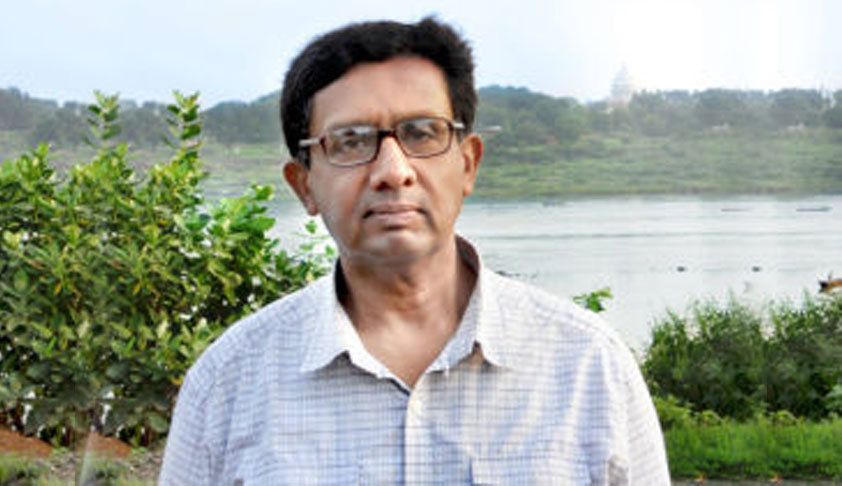 Speech delivered by Prof. Mohan Gopal at the Public Meeting on ‘Independence of the Judiciary - Implications for Democracy’ hosted by Lawyers’ Forum for Democracy and Justice and Lawyers’ Collective at the Indian Society of International Law, Delhi on 23rd March 2018I was just reading the other day by coincidence in 2018 Vanderbilt Law Review an interesting article based on...

Speech delivered by Prof. Mohan Gopal at the Public Meeting on ‘Independence of the Judiciary - Implications for Democracy’ hosted by Lawyers’ Forum for Democracy and Justice and Lawyers’ Collective at the Indian Society of International Law, Delhi on 23rd March 2018

So perhaps the title (of the public meeting) is a wonderful title, but if you flip this around, what we should really be discussing is ‘What are the implications of judicial independence from democracy?’ because it is the democracy that is the mother and judicial independence is the child. And when these four heroes, and I think I would put one as the hero-est among them all,  Justice H.R.Khanna level sort of commitment to principles, he has put on line knowingly the possibility of a coming Chief Justice of India, Justice Gogoi.

I also agree that I know some of them. Justice Lokur was one year junior to me at the Campus Law Centre, Delhi I know him from those days. Justice Joseph is from my State, State of Kerala, we all know him extremely well. Justice Gogoi of course and Justice Chelameswar also; all of them are people of exceptional integrity and exceptional experience and exceptional insights and exceptional competence. Not just integrity but competence as well. When the four of them come together; not people who seek publicity, not people who sought the spotlight; and delivered an apocalyptic message to us that the judicial independence has been compromised, that democracy is in danger. Most importantly, that they, the senior-most judges of the country are helpless and they appeal to the people to save the nation. I think we may have been living and Ms. Jaising has on behalf of all of us been witness to the event, an event even comparable to the last supper.   A very dire warning that what is weakened is not judicial independence but democracy is dying in this country. And it is because democracy is dying in this country that judicial independence has become feeble, not the other way round.

And yes, many of us as lawyers and law academics and judges often claim that it is the judiciary that protects democracy. The truth is exactly the opposite. It is the democracy that has created even the idea of a judiciary. What a brilliant idea to spin off from the monarchy simply the power of adjudication,  the power to punish, the power to determine rights and liabilities; spin it off, peel it off from the monarch , put it in the hands of  some courtiers of the monarch initially; then gradually to take that forward, build many constraints and many limits on power and democratize the judicial function which was once part of the monarchy is a great triumph for common people and their struggle to establish democracy.

So what we witnessed on Jan 18 [sic] (Jan 12), I think was an event of extraordinary significance which may or may not have inspired another event that took place in Manila where there was a huge controversy about the current Chief Justice of the Supreme Court and several sitting judges came out in public including several sitting supreme court judges and asked for her  to resign and  I wonder whether  they  were inspired by the January 12 press conference in India. I think it had a worldwide effect.

So the only point I want to make in this limited time is we must understand that the world has seen a long struggle to democratize what we call today judicial power which was once an arbitrary power vested in the monarch indistinguishable from any other power. In other countries in the world, they not only developed an idea of an independent judiciary, but they also shaped and moulded the ideas of judicial independence and created the idea of rule of law and linked these two to democracy. Even more recently, they consciously especially over the last 20 - 25 years, very deliberately and successfully linked the idea of rule of law and judicial independence beyond mere formality to bring into it a core of commitment to fundamental rights. And so today starting from Dworkin, they have argued that rule of law is not simply a formal process. At the heart of it is an uncompromising commitment, non-negotiable commitment to the idea of equality and freedom and democracy. So we have seen how democracy has created the judicial power; has moulded its content; shaped its content to actually safeguard human freedom and human equality at the core.  And in the process they have also over the past maybe 200 years democratized the judiciary also; not only created the judiciary but democratized it through things like the jury system. Lord Devlin for example said in the context of United Kingdom that if a dictator took over power in England, not a hypothetical situation in our country anymore, but if a dictator took over power in England, the first thing he would do would be to shut down  Parliament,  a not necessary thing that we have to worry, it's already shut down in our country. The second thing he would do would be to shut down the jury system. The jury system is the lamp that tells us that freedom is alive, that the common people have the sovereign power that was once exercised by the monarch to punish. So they democratized it through the jury system.  They democratized the way in which the judges are selected. Today a judge at the Supreme Court at the United Kingdom is selected on the basis of an application. Those who apply are called to an interview. They are interviewed and after the interview, they have to write a written test. Then they have to do a moot court. And then they are appointed as Supreme Court judges.

We know the system in the United States. Because they realized that it matters to the country who you put in this high offices. I think today if it is true that judicial independence is compromised there is no doubt that this is the single biggest security threat to this country. And it is shocking that two months after the senior-most judges of the country have said identifying what is the biggest security threat to this country through which any enemy of India can capture policymaking and lawmaking in this country. The executive doesn't react, the judiciary doesn't react and there is no reaction from the media. Everyone ignores it. That shows that the other so-called security threats that they put before us are completely fake security threats because they refuse to respond to a genuine security threat in this country. And therefore the point I want to make is that the democratic movements in this country have become weak, the success that other countries have had to democratize their judiciary has not succeeded in our country. We know many years for now that all is not well with the judiciary but did not find a way to solve those problems and I think what we should celebrate is that these four judges have put before us a new instrument to reform the judiciary and that new instrument is to use the power of democracy as an instrument of judicial reform.  And I will just conclude by this example.

Just a few days before January 18 [sic], in the latter part of December, a woman judge of the UK filed a case before the Employment Tribunal. What happened in December was a Court of Appeal decision in UK. A woman judge had filed a petition before the Employment Tribunal claiming protection under the Whistle Blower Protection Act because she had criticized the judiciary in writing openly and faced retaliation from senior judges.  Some senior judges who examined what she had said, said that her attack was a very fundamental attack on the judiciary and she felt she had been retaliated against and she went to the Employment Tribunal and she said "I want protection as a whistleblower". She was a District Judge appointed under warrant signed by the Queen after this reform. So she is comparable to a High Court and Supreme Court Judge. The Employment Tribunal said, "You are not a worker, you are holding office under the terms of appointment of the Queen. You are not a worker and therefore you are not entitled to protection under Whistle Blowers Protection Act". She appealed to the Court of Appeals and the Court of Appeals in December few days before these judges spoke out, accepted that she is a whistleblower; but not entitled to protection under Employment Tribunals Act because she is not a worker; she is a judge appointed by the Queen. But she is entitled under the terms of her appointment. As a judge, she is entitled to the Whistle Blowers Protection including compensation for retaliation.

We must recognize that these four judges have set a new standard for whistleblower protection office in our country. They have spoken openly and no whistle blower in this country in any office in any function could today receive lesser protection and lesser space for internal criticism than these judges have. I think the power of insider speaking out is an extremely powerful instrument for democracy and I feel  that what we should do now is to use this opportunity , this opening of democratization,  democratic  speech  by insiders using  whistleblower rights is an important opportunity  to start a campaign  to democratize the judiciary  and apply democratic principles in judiciary's selection process. This is a controversial thing to say, but I am in favour of introducing the jury system into this country with safeguards… Democracy means Crato's power is in the hands of the Demos, the people. We have to bring the voice and power of common people into the judicial system at different levels and then I think we would have taken full advantage of this development that we witnessed on January 18 [sic] and I think we would be able to use democracy to strengthen the judiciary and through that to safeguard our democracy as well.

Prof. Dr Mohan Gopal is presently the Director of Rajiv Gandhi Institute for Contemporary Studies and the Chairperson of the Supreme Court’s National Committee on Court Management Systems (NCMS). Prof. Gopal had been the Director of National Judicial Academy, Bhopal and Vice Chancellor of the National Law School of India University, Bangalore; and Member, Law Commission of India.