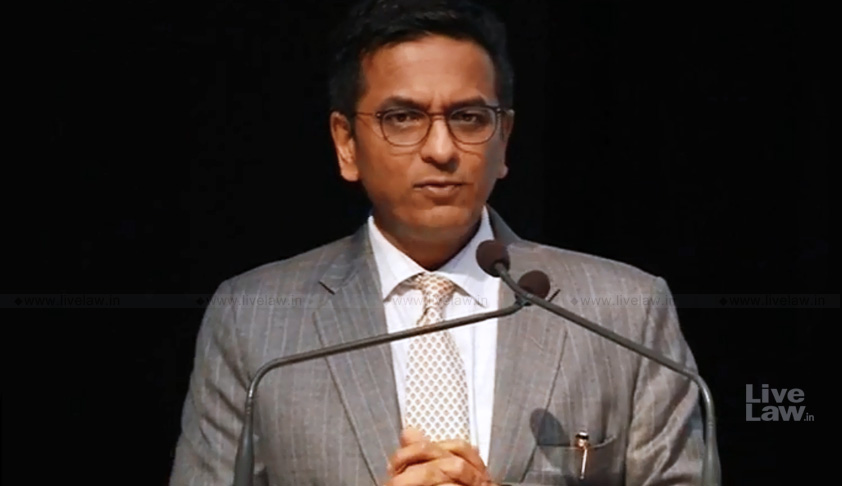 "Rule of Law, if it has to flourish in a constitutional democracy, has to be amidst the diversity of culture, in a plural society," "Constitution intends to transform society", said Justice D Y Chandrachud, while speaking at the National Law University Delhi on the topic 'Rule of Law in Constitutional Democracy', at the 19th Annual Bodh Raj Sawhny Memorial Oration 2018.He began his...

"Rule of Law, if it has to flourish in a constitutional democracy, has to be amidst the diversity of culture, in a plural society,"

He began his talk discussing the concept of 'Rule of Law', as developed by Dicey. Dicey deliberated more on the formal attributes of law pertaining to certainty, efficiency and practicality. Dicey's emphasis on formal structure of law did not dwell much on its internal content. Therefore, even if law was not good or reasonable, there would still be 'rule of law', so long as governance is regulated by such law- this was Dicey's concept. The jurist Fuller, later deliberated on the 'internal morality of law', possessing the attributes of publicity, intelligibility, practicality, and being prospective.

After giving this background of the evolution of rule of law, which witnessed a shift from focus on its formal structure to internal content, Justice Chandrachud deliberated on the role that Constitution has to play in terms of rule of law. "Constitution is transformative", he said, implying that it has to play a reformative role in tune with the expanding horizons of rights discourse. In this context, he discussed the inherent tension in the Constituent Assembly between those advocated social reform and those wanted preservation of long standing social status-quo. The drafting of Constitution happened in the backdrop of freedom movement as well as a social movement led by the likes of Dr.Ambedkar, to battle against social prejudices and discriminations. This added a reformative spirit to the Constitution.

"There is an unmistakable commitment in Constitution for transformation of the relations. Transformative vision of constitution underlines its working",Justice Chandrachud said.

Then he narrated the manner in which the rights discourse changed in the Constitutional history. Initially, the rights were seen as disjunctive. That was a formalistic view of rights. But this gave way to a holistic view of the rights. "Rights interact with each other..they interact with the individual in multitude ways to give rise to growth of different facets of identities", he said.

He discussed a few of the recent Supreme Court judgements, where the transformative nature of Constitution prevailed over formalistic interpretation. The judgements which held that re-promulgation of ordinance was a fraud on constitution and that parliamentary committee reports can be examined by Courts to examine were discussed to highlight how constitutional interpretation was made to check the excesses of state organs. The SC pronouncement on right to die and living wills was cited as an instance where the Court transformed the understanding of individual dignity.

Lastly, he discussed the latest decision in Navtej Singh Johar which decriminalised  homosexuality amongst consenting adults.

He said that identities are fluid and not immutable, and that all our identities, including gender, are shaped by our constant interaction with each other, with the society and one's self.

"Article 15 also uses the word 'only'. It says that no citizen shall be discriminated only on grounds of religion, race, caste, sex, place of birth. If you follow a very formalistic 'Rule of Law' approach the word 'only' means the moment you discriminate against an individual on the ground of sex and something else, that discrimination is valid," he said.

"Rule of Law, if it has to flourish in a constitutional democracy, has to be amidst the diversity of culture, in a plural society," he said.