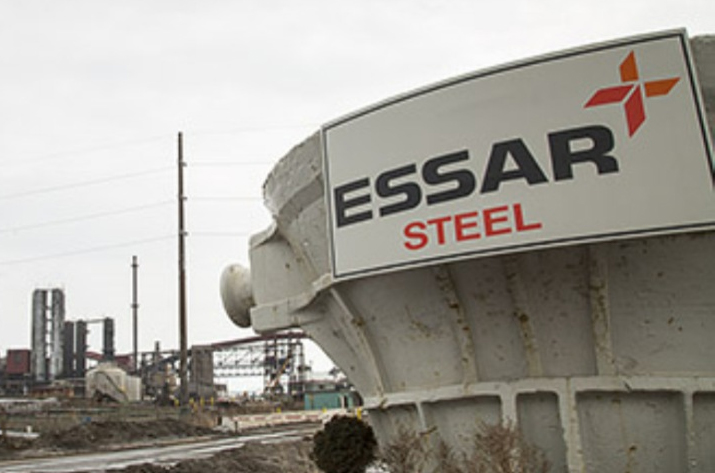 The Supreme Court bench comprising of Justices R F Nariman, Surya Kant and Ramasubramanian started hearing on Wednesday the batch of appeals challenging the NCLAT's decision in Essar Steel insolvency resolution, one of the most crucial insolvency matters of the country. While approving ArcelorMittal's Rs 42,000 crore bid for the acquisition of Essar Steel, the NCLAT had held that...

The Supreme Court bench comprising of Justices R F Nariman, Surya Kant and Ramasubramanian started hearing on Wednesday the batch of appeals challenging the NCLAT's decision in Essar Steel insolvency resolution, one of the most crucial insolvency matters of the country.

While approving ArcelorMittal's Rs 42,000 crore bid for the acquisition of Essar Steel, the NCLAT had held that financial and operational creditors must be treated at par under a resolution plan. It had ruled that the 'waterfall mechanism' under Section 53 of IBC is only applicable to distribution of proceeds from liquidation and not to resolution bids.

The NCLAT had further held that the financial creditors could not be classified on the basis of their security interest for the purpose of distribution of resolution proceeds.

Apart from the treatment of the claim of the OCs, the lenders of Essar viz. SBI, IDBI and ICICI were aggrieved that Standard Chartered Bank (SCB), with a much lower security interest value, was treated at par with the other lenders. Although Standard Chartered bank was a secured creditor, there was no security on the loan given out SCB.

Senior Advocates Gopal Subramanium and Rakesh Dwivedi appeared on behalf of the Committee of Creditors (COC) of Essar Steel.

Gopal Subramanium argued that the NCLAT had acted beyond its jurisdiction prescribed under Section 61 of the Insolvency and Bankruptcy Code, 2016 ('Code') as the Code does not confer any jurisdiction on the NCLAT and NCLT to examine the commercial and technical decisions of the CoC, such as the viability and feasibility of a resolution plan.

Subramanium also argued that the distribution of proceeds under a resolution plan, subject to compliance with the requirements under Section 30(2)(b) of the Code, was within the negotiated domain of the CoC and could not be subjected to judicial review. He referred to the clarificatory amendment to Section 30(4) of the Code ("Amendment Act"), which came into effect from 16.08.2019. The amendment unequivocally clarified that the CoC is authorized to take a decision with respect to distribution of proceeds under a resolution plan.

"Differential treatment to different stakeholders is key to any just and fair bankruptcy regime", said Subramanium.

He contended that the view taken by the NCLAT in proposing "equal treatment" of secured and unsecured creditors, was "grossly myopic" and without appreciating that economically the two types of creditors have inherently different risk profile and business model.

Senior Advocate Rakesh Dwivedi, relying on the Supreme Court's decision in Swiss Ribbons Private Limited vs. Union of India, asserted that financial creditors as a class have been given superior status and rights as against the operational creditors. It was his submission that Section 3(30) and 3(31) of the Code define the terms "secured creditor" and "secured debt", and the definition of secured creditors was not limited to only financial creditors. The very availability of security interest in favour of a creditor distinguishes it from other creditors, irrespective of nature of underlying transaction, whether financial lending or operational.

Dwivedi also submitted that the Constitution envisages classification under Article 14, as long as the same is made on sound rationale, based on an intelligible differentia and is carried out to obtain the object of the Code. Classification of creditors on the basis of their debt and existence of security interest is a sine qua non for any insolvency law. He said that while on one hand, creation of security interests helps mitigate risks of the creditors by increasing the likelihood of repayment (especially in events of default), it also allows better availability of credit by increasing the appetite of financial institutions to give credit in recognition of the predictability of repayment. This in turn results in better availability of capital in the economy to fuel economic growth.

Dwivedi argued that the CoC not only ensured compliance of the statutory safeguards provided under Section 30 (2) of the Code (including the better safeguard introduced by the Amendment Act), but it well balanced the interest of all stakeholders, including the OCs, while approving the resolution plan. He also mentioned that the business of Essar Steel has been running successfully under the supervision and control of the CoC, and many of the OCs have been paid approximately Rs. 55,000 for the goods supplied and services rendered during the period of the corporate insolvency resolution process.

Constitution of the sub-committee comprising of the lenders SBI, IDBI, ICICI and EARC, was also objected to, as the OCs and SCB argued that the powers of the CoC were 'delegated' to the sub-committee. Dwivedi however, argued that the Code or regulations thereunder, do not restrict the formation of the Sub-Committee, and that it was validly constituted with the requisite approval of the Committee of Creditors with overwhelming votes in its favour.

When the matter was taken up the next day, Senior Advocate Kapil Sibal appeared for Standard Chartered Bank, to defend the equal treatment given to them. Sibal raised the question regarding the position of the CoC to decide the allocation of proceeds under the Resolution Plan, as it was only supposed to be concerned with the preservation of assets of the Corporate Debtor Essar Steel. Sibal pointed out that as per regulation 38(1)(a) of the CIRP Regulations, the Resolution Applicant (Arcelor Mittal in this case) must decide and give details in his plan on how he is planning to deal with each stakeholder. He clarified that SCB was not challenging the resolution plan itself, but only its manner of distribution.

Challenging validity of section 6 of new Amendment Act of 2019 (IBC), Sibal argued that the Legislature was only protecting the interests of the public sector banks through such amendments. "You cannot pass a law with respect to one order, just because you are you interested in public sector banks", he said.

To contradict the argument of the CoC that secured financial creditors have an upper hand over unsecured financial creditors, Sibal argued that there was a misplaced emphasis on secured credit in the banking industry. He said that the concept of looking at cash flow before giving credit is not helping those businesses without many tangible assets.

He questioned the recent amendments arguing that the NCLAT order was set aside by this legislation. Sibal said "now if anyone dissents, they get liquidation value. Now the Parliament decides what 'fair and equitable' so I can't even challenge it."

He brought on record certain communications made between Arcelor Mittal India Ltd (AMIL) and the advocate of the CoC, and highlighted the 'Letter of Commitment' given by AMIL for upfront amount of 42,000 cr. It was noted that later on after communication with CoC, a 'gross capital adjustment' was made and upfront amount was reduced to 39,500 cr. Sibal questioned the interest of COC to reduce such bid amount, as the purpose of the CoC is to get as much amount for resolution as is possible. He prayed that since the scope for negotiation for operational issues was kept open in the bid by AMIL, before COC's decision to reduce upfront payment, the bid should be revised to include 42,000 cr. with additional operational costs, as may arise during the CIRP.

Furthermore, SCB also questioned the formation of the sub-committee. SCB had also wanted to be a part of the sub committee. However, the representatives of sub-committee said that the committee was made by prior approval of the COC, and no new members were required. Sibal argued that such act by the sub-committee to deliberately keep SCB out, was suspicious, illegal, arbitrary and against provisions of the Code.

In support of his submission that the Code creates no difference between secured and unsecured creditors, Sibal pointed out that there was no mention of an 'unsecured creditor' in Sections 26-32 of the Code. He contended that it is the duty of the Resolution Professional (RP) to make every effort to maintain maximum value of Corporate Debtor, and to ensure that no security interest should be created on encumbered property without creditors' permission.

"So the Code protects interests of all creditors", submitted Sibal. He further said that all meetings of COC are to be conducted by the RP as per the provision of the Code. However, the sub-committee formed by the CoC, did not comprise of an RP, or any other Financial Creditor. He asserted that this indicated collusion on part of the lenders of the sub-committee, and a complete violation of the Code.

"This is not a one-way train where only FCs of committee are on the train and the rest are left on the platform - that's where we are." Sibal said, contending the prioritisation of 'secured financial creditors'. It was his contention that since voting is contemplated as per voting share, there was no question of security interest.

Sibal will be continuing his arguments when the matter is taken up next on 22nd October, 2019.

Click to Read Submissions on behalf of the COC. (As argued by Rakesh Dwivedi)

Click to Read Submissions on behalf of the COC. (As argued by Gopal Subramanium)