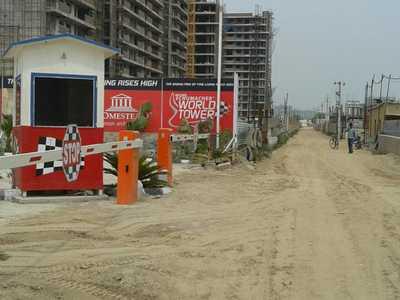 NCDRC has held that purchasers cannot be made to wait indefinitely for possession of building unit, and has directed real estate developer Golden Peacock Residency Pvt. Ltd. to refund Rs. 4.12 cr. with interest to the homebuyer.

The order came on a complaint filed by one Alok Kumar under Section 21 (a) (i) of the Consumer Protection Act, 1986 ('the Act') against the developer Golden Peacock Residency Pvt. Ltd. and the construction company Homestead Infrastructure Development Pvt. Ltd.

The complainant Alok Kumar submitted that he was residing in Tokyo, Japan and was looking for an accommodation in India, when he came across the Developer's advertisement of a residential project "Michael Schumacher World Tower" in sector 109, Gurgaon.

According to the 'Flat Buyer's Agreement' executed between the Developer and Alok Kumar, the possession of the apartment was to be delivered within 36 months with an additional grace period of six months from the date of execution of the Agreement, which ended on 19th August 2016.

Despite repeated assurances, the construction work wasn't completed even till 2018, when Alok Kumar visited the site and found it locked. More than 6 months had passed since the extended date of possession and yet an exact date of delivery was not given by the Developer. Finally, the complainant issued a legal notice to the developer as well as the construction company, seeking the exact date of possession of the Apartment, but the same was received back with postal remarks "refused" and "left".

Unable to get any effective response from either the developer or the construction company, Alok Kumar approached the NCDRC in July 2018, seeking refund of money paid for purchasing the apartment. Alok Kumar's complaint was admitted by the Commission on 24th July 2018.

The NCDRC, upon consideration of the available information, held that the contractual terms of the Agreement ex-facie one-sided, unfair, and unreasonable, and incorporation of such one-sided clauses in an agreement constituted an unfair trade practice as per the Consumer Protection Act, 1986. The Commission also observed that the Complainant, Alok Kumar could not be made to wait indefinitely for possession of the unit, as the construction is yet to be completed, even after a period of more than 6 years has lapsed from the date of booking.

In view of the above, the Developer was directed to refund Rs. 4,12,98,926/- with interest to Alok Kumar, till the date of realisation. The NCDRC Bench said that the interest was awarded for the interest paid by the complainant on the home loan availed, and for also undergoing 'mental agony and monetary loss'. Furthermore, the Commission also imposed costs of 25,000/- on the developer, and disposed of the appeal.