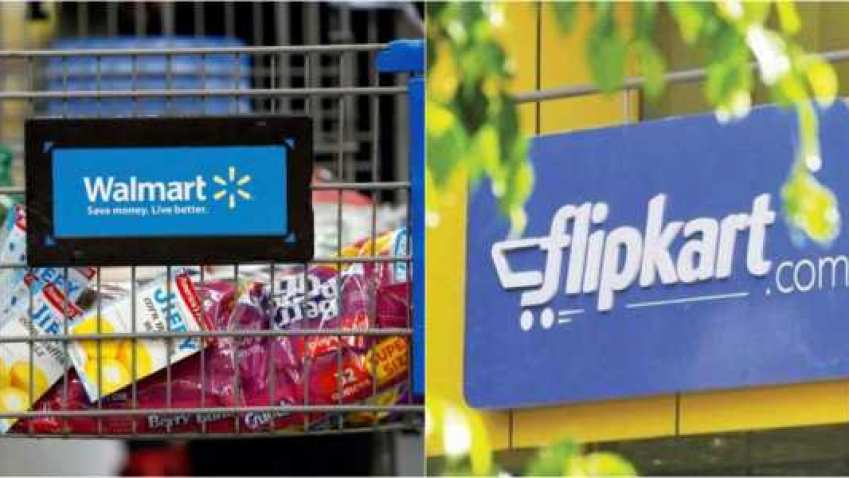 The NCLAT dismissed an appeal filed by Confederation of All India Traders (CAIT) against an August 2018 order of the Competition Commission of India (CCI) approving Walmart's acquistion of Flipkart under Section 31 of the Competition Act, 2002 A two-member NCLAT bench headed by Chairperson Justices SJ Mukhopadhyay and Bansi Lal stated that CAIT had failed to establish...

The NCLAT dismissed an appeal filed by Confederation of All India Traders (CAIT) against an August 2018 order of the Competition Commission of India (CCI) approving Walmart's acquistion of Flipkart under Section 31 of the Competition Act, 2002

"The Commission specifically and rightly came to a finding in absence of any evidence on record that the proposed combination is not resulting in elimination of any major player in the relevant market. The appellant has failed to show that any major player in the relevant market will be eliminated due to combination in question. On the other hand, the Flipkart marketplace platform will remain under the operation of 2nd Respondent (Walmart), thus not only preserving a successful ecommerce platform but also enhancing the financial strength of the platform. The aforesaid fact has been discussed in detail while dealing with the third party representation including the objection raised by the appellant"

"In absence of any prime facie opinion framed, that the combination is likely to cause or has caused appreciable adverse effect on the competition within the relevant market in India, the Commission is not required to following the procedure under Section 29 and Section 30 of the Act and is required to pass order of approval under Section 31. In the present case we find no prime facie case has been made out on the facts of the case or by appellant. We hold that there is no requirement on the part of the Commission to follow the procedure under Section 29 and 30 of the Act and it rightly passed order of approval under Section 31 of the Act."

The bench stated that that the appeal lacked merit as allegations had been made against Flipkart but  it was not impleaded as a party to the appeal and thus no specific finding could be given against the Flipkart.

CAIT had challenged the order wherein Wal-Mart International Holdings, Inc., a subsidiary of Walmart Inc. would acquire between 51% and 77% of the outstanding shares of Flipkart Private Ltd on the ground that it was anti competitive and determined on the non preferential sellers. They had alleged that post the acquisition, Walmart would have effective control over the e-commerce platform and the web of preferential sellers and it would definitely sell its inventory on the platform of flipkart.com or through a web of associated preferred sellers. Thus, preference would be given to the inventory of Walmart denying market accessof non-preferential sellers.

The Appellant further pleaded that Walmart was involved not only in B2B (business to business) sales but as evidence suggested, indulged in B2C (business to customer) sales too.

Refuting the allegations, Walmart said that the concerns raised by Appellant were not specific to the transaction in question and that they had no locus standi to challenge the impugned order and the horizontal overlap between the parties was limited to the wholesale business to business (B2B) market in India .

It further submitted that (i) Flipkart and Walmart were not close competitors in B2B sales; and (ii) their combined market share of less than 5% post acquisition did not raise competition concerns. Moreover the actual vertical overlaps between them were miniscule. Further, under the existing Foreign Direct Investment Policy 2017 the parties could not engage in B2C sales whether offline or online, on any end-consumer market place based e-commerce platform, including on Flipkart.

The Appellant was represented by Advocates Abir Roy, Prerana De.

Walmart was represented by Senior Advocates Abhishek Manu Singhvi and Rajiv Nayar and a team of Shardul Amarchand Mangaldas Advocates.