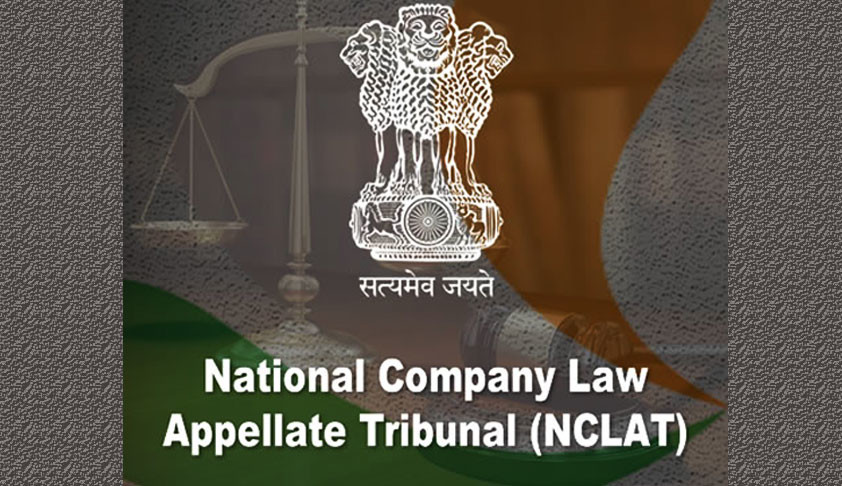 The NCLAT in an appeal filed by Jindal Steel and Power Ltd., has upheld the maintainability of the petition for Scheme of Compromise and Arrangement (under Section 230 to 232 of the Companies Act), in a Liquidation proceeding under Insolvency and Bankruptcy Code, 2016 (IBC)The appeal was filed by Jindal Steel against the NCLT, Kolkata's order which allowed the application made...

The NCLAT in an appeal filed by Jindal Steel and Power Ltd., has upheld the maintainability of the petition for Scheme of Compromise and Arrangement (under Section 230 to 232 of the Companies Act), in a Liquidation proceeding under Insolvency and Bankruptcy Code, 2016 (IBC)

The appeal was filed by Jindal Steel against the NCLT, Kolkata's order which allowed the application made by the Promoter of the corporate debtor (CD) Gujarat NRE Coke Ltd., Arun Kumar Jagatramka. The NCLT had passed an order for taking steps for the 'Financial Scheme of Compromise and Arrangement' between Arun Kumar and the company Gujarat NRE Coke Ltd, through the company's 'Liquidator', after holding the debts of shareholders, creditors etc. in terms of Section 230 of the Companies Act, 2013. Jindal Steel was an unsecured creditor of the CD Gujarat NRE Coke Ltd.

The first question which arose for consideration was whether in a liquidation proceeding under the IBC, the Scheme for Compromise and Arrangement in terms of Sections 230 to 232 of the Companies Act, is maintainable or not.

Gujarat NRE moved an application under Section 7 of the IBC before the NCLT, Kolkata for initiation of 'Corporate Insolvency Resolution Process' (CIRP), which was on 7th April, CIRP was initiated. In the absence of any 'Resolution Plan' after the expiry of 270 days, the NCLT passed an order of 'Liquidation' in January, 2018. Arun Kumar filed Appeal the NCLAT against the 'Liquidation' order, challenging the ineligibility under Section 29A of the IBC, as the 'Resolution Plan' submitted by him was not accepted. NCLAT had however allowed the liquidation proceeding to continue. Section 29A lays down the conditions under which a person shall not be eligible to submit a resolution plan.

In the meantime, the Promoter Arun Kumar had also moved an application for compromise and arrangement between erstwhile Promoters and the Creditors, under the Companies Act before the NCLT, Kolkata for Compromise and Arrangement. The application was allowed by NCLT, and it is against this order that Jindal Steel had moved before the NCLAT by way of an appeal.

To consider the issue of maintainability, the NCLAT Bench led by Justice S J Mukhopadhyay referred to its previous decision in S.C. Sekaran v. Amit Gupta & Ors. and Y. Shivram Prasad vs. S. Dhanapal & Ors. Referring to the judgments, the Appellate Bench reiterated that even in liquidation, the liquidator can sell the business of the corporate debtor (Gujarat NRE Coke in this case) as a going concern.

The Supreme Court's decision in Meghal Homes Pvt. Ltd. vs. Shree Niwas Girni K.K. Samiti & Ors.' and 'Swiss Ribbons Pvt. Ltd.' was referred to by the NCLAT in S. C. Sekaran (supra), and held that the Liquidator has to make all efforts under section 230 of the Companies Act to revive the CD. Section 230 empowers the Liquidators to move an application to adjudicating authorities to make a compromise or make arrangements with creditors and members. The Appellate Bench had held that during the liquidation process, the Liquidator has to take steps for the CD's revival and continuance, by protecting the CD from its management and from a death by liquidation. Thus, in view of the aforesaid decision of NCLAT in Y. Shivram Prasad and S.C. Sekaran, the Appellate Bench upheld the maintainability of the petition for compromise in a Liquidation proceeding under the IBC.

The second question considered by the NCLAT was whether the Promoter Arun Kumar could be said to be ineligible under Section 29A of the IBC, and whether he could have asked for the Financial Scheme of Compromise and Arrangement for itself.

On considering this issue, the Bench held that even during the Liquidation period, the CD is to be saved from its own management, and thus, the Promoters who are ineligible under Section 29A, are not entitled to file application for Compromise and Arrangement in their favour.

Thus, it was held that NCLT, Kolkata had failed to notice that the application for compromise and arrangement made by the Promoter was not maintainable, since he was ineligible under Section 29A to be a 'Resolution Applicant'.

With the foresaid view, the appeal was allowed and the matter was remitted to the Liquidator to proceed in terms of the NCLAT's decision in Y. Shivram Prasad.