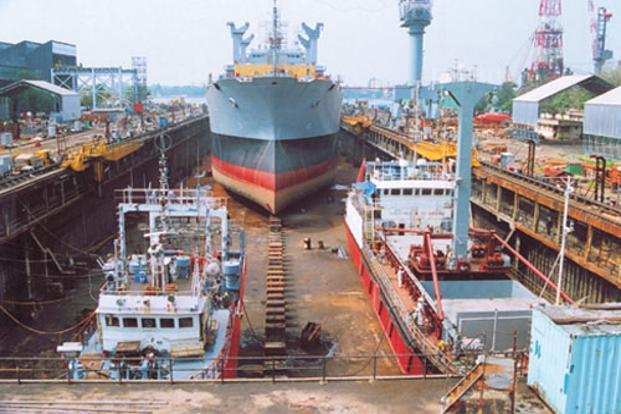 CSL's RP had proposed a paltry sum of Rs 65 crores which amounts to only 9.74% of pay out on admitted debt, as amount payable to all the stakeholders for 'full and final settlement' and discharge of all claims of the Corporate Debtor including the CIRP cost.

The RP had also offered sale of two "excluded ships", which were not required for continuing the current operations of the TSL and were occupying space at the Maple Yard of TSL, as an impediment for the revival of the company. CSL would sell both these ships and the Financial Creditors would be entitled to receive the net ES sale proceeds or net ES scrap proceeds inaddition to the amount provided in the plan.

TSL admitted debt stands at a whooping Rs 602.39 crores and the liquidation value of TSL was estimated at around Rs 89.09 crores.

The NCLT division bench of Justices Anil Kumar B and R. Varadharalan while relying on the decision of the Supreme Court in Maharasthra Seamless Limited -Vs- Padmanabhan Venkatesh & Ors. held,

"….Thus, as held by the Hon'ble Supreme Court, there is no provision in IBC, 2016 or in the Regulations which stipulates that the bid of the Resolution Applicant has to match the Liquidation value of the Corporate Debtor."

Earlier, Jotun India Private Limited, in the capacity as an Operational Creditor, had filed an application under Section 9 of IBC against TSL where NCLT had vide order dated 25.09.2018 admitted the said application for initiation of CIRP and had appointed Mr. N. Kumar as the Interim Resolution Professional.

CSL was selected by the Committee of Creditors (CoC) of TSL in December 2019 and was the only eligible applicant who had submitted the RP within the extended time frame.

The COC had voted in favour of the RP and approved the plan with 95.49% of the CoC voting, in accordance with Section 30(4) of the IBC and Regulation 39(4) of the CIRP, as against a minimum prescribed requirement of 66% under IBC. The COC after deliberating upon all aspects took a 'commercial decision' as they were interested in the revival of the Corporate Debtor rather than the death of the Corporate Debtor by liquidation.

"In so far as the approval of the Resolution Plan is concerned, this Authority is not sitting on an appeal against the decision of the Committee of Creditors and this Authority is duty bound to follow the much celebrated Judgment of the Supreme Court in the matter of Sashidhar -Vs-Indian Overseas Bank 2019 SCC Online SC 257"the court added.