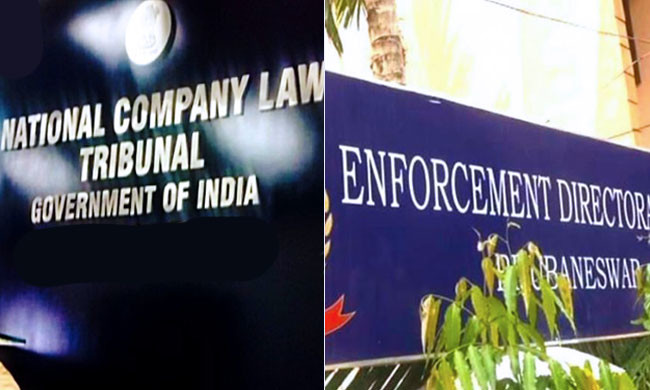 In a decision with a possibility of having a far-reaching effect, the Appellate Authority of the Prevention of Money Laundering Act, 2002 (PMLA) has upheld the prevalence of the IBC over the provisions of PMLA. The Appellate Bench has ordered the release of specific properties of PMT Machines Ltd., which were attached by the ED (Directorate of Enforcement), in view of allegations...

In a decision with a possibility of having a far-reaching effect, the Appellate Authority of the Prevention of Money Laundering Act, 2002 (PMLA) has upheld the prevalence of the IBC over the provisions of PMLA. The Appellate Bench has ordered the release of specific properties of PMT Machines Ltd., which were attached by the ED (Directorate of Enforcement), in view of allegations of money laundering.

The Appellate Authority passed the order in order to ensure that the lenders are able to realise their debts, and are not subjected to criminal proceedings against the borrowers, which may take years.

The Appellate Bench comprising of J. Manmohan Singh (Chairman), passed the decision in an appeal filed by the Resolution Professional (RP) of PMT Machines Ltd. against the incorrect order of the ED, attaching all the assets of all 192 companies forming a part of the group companies of Sterling Biotech Ltd. (SBL).

PMT Machines is a part of SBL group companies, acquired by the promoters of SBL Nitin Sandesara, Chetan Sandesara and Deepti Sandesara, in 1993. Before the provisional attachment order was passed by the ED, NCLT Mumbai had already initiated Corporate Insolvency Resolution Process (CIRP) against PMT Machines under the Insolvency and Bankruptcy Code, 2016 (IBC), which is still under process.

The ED had conducted a 'search and seizure' under the provisions of FEMA and Income Tax Act at Mumbai, Vadodara premises of Sterling Group, its Promoters and Promoters' Companies in 2017. Later, a provisional attachment order was issued against the SBL group companies in 2018. In this order, immovable properties and other movables, vehicles etc. belonging to the PMT Machines Ltd., were also provisionally attached.

The appeal before the appellate authority under PMLA was filed by the RP, seeking release of the assets of the PMT Machines. The RP contended that moratorium under Section 14 of the IBC was applicable to the properties of PMT Machines, and the attachment order had impacted the resolution process.

It was the RP's plea that PMT Machines had acquired these specific assets much before the commission of the alleged offences by the SBL group promoters, and the assets are mortgaged with a consortium of banks.

Apart from the RP of PMT Machines, various banks and financial creditors (FC), those of which facilitated loans to PMT for acquiring the attached properties, also pressed for the release of the assets of the PMT Machines Limited, in the appeal. The banks and FCs submitted that their objective was to maximise the value of assets, and make maximum recovery of public funds under CIRP, in order to recover their debts. PMT Machines Limited had defaulted in payments in the years 2011-12. The Consortium of Banks led by UCO Bank filed a Recovery Suit before the Debt Recovery Tribunal against the PMT Machines Limited in 2013, to recover its dues.

The PMLA Appellate Tribunal, distinguished between the objectives of the PMLA and IBC, and was of the view that the objective of the PMLA was to deprive the offender from enjoying the 'illegally acquired' fruits of crime by taking away his right over property acquired through such means. The Bench opined that the IBC's objective on the other hand was maximization of value of assets, to promote entrepreneurship, availability of credit and balancing the interest of all the stakeholders.

The Appellate Bench observed that, if the attachment in this case were lifted, the RP would be able to take steps to get a viable Resolution Plan. It was noted that the attachment order was passed in relation to mortgaged properties in favour of banks, which were not purchased from "proceeds of crime", as they were purchased and mortgage with the banks prior to the of crime period.

Though the properties of PMT were directed to be released, the Bench clarified that this order shall have no bearing in any proceedings initiated against the alleged accused. It was reiterated that the order in this case was passed in the interest of public, as bank money is 'public money'.

In view of the observations, the provisional attachment order pertaining to properties acquired by PMT prior to commission of the alleged fraud, was quashed.

The NCLT Mumbai bench held in February that IBC will override PMLA.

Notably, the NCLAT has held that section 14 of Insolvency and Bankruptcy Code does not apply to properties attached as proceeds of crime under the Prevention of Money Laundering Act. In that case, the CIRP was initiated after the property was attached by the ED.