PNB Scam - Powers Under Sec 339 Companies Act Can Be Invoked Only Against Officers Of Company In Which Mismanagement Is Alleged : SC [Read Order] 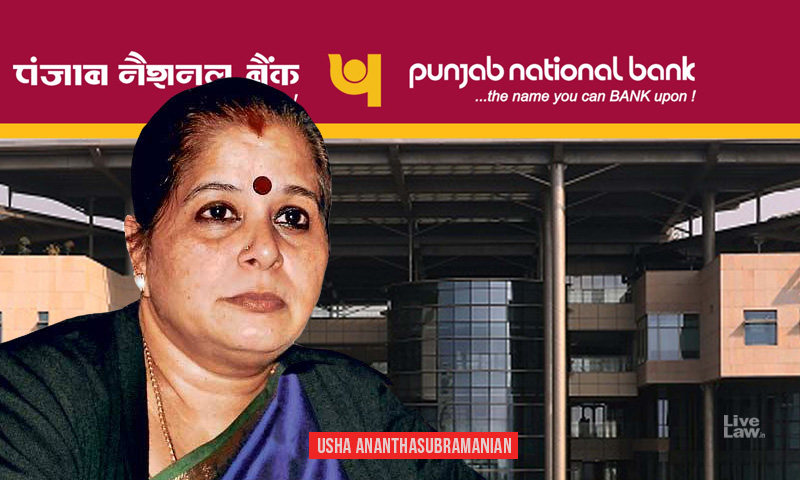 In the PNB-Nirav Modi scam, the Supreme Court has granted relief to Usha Ananthasubramanian, former MD & CEO of Punjab National Bank, by setting aside the order passed by NCLT by which her assets were frozen.

In the case regarding mismanagement of Gitanjali Gems Ltd run by Nirav Modi, the National Company Law Tribunal had passed an order restraining several individuals, including Usha Ananthasubramanian, from disposing of their assets and from withdrawing more than One Lakh rupees per month towards personal expenses. This order passed exercising powers under Section 241 read with 337 and 339 of the Companies Act 2013 was approved by NCLAT as well.

Challenging the order in SC, Senior Advocate C S Vaidyanathan argued that the provisions can be invoked only against the directors of the company which was facing the allegation of mismanagement, and not against any other individuals. It was further submitted that even as per the CBI chargesheet, the allegation against Usha Ananthasubramanian was that she had preventive steps to prevent the fraud perpetrated by Nirav Modi.

However widely these provisions are construed they can only be qua the Company in which acts of mis-management are alleged and not qua any other person, the senior counsel submitted.

Additional Solicitor General Sanjiv Jain, supporting the orders passed by NCLT and NCLAT submitted that the powers under Section 339 was wide enough to freeze the assets of any person who was knowingly a party to the carrying on of the fraudulent conduct of business.

"This being the case, it is clear that powers under these sections cannot possibly be utilized in order that a person who may be the head of some other organization be roped in, and his or her assets be attached", the bench, also comprising Justices S Ravindra Bhat and V Ramasubramanian observed.

While setting aside the orders of NCLT and NCLAT, the Court clarified that "nothing stated in this judgment will have any effect insofar as the investigation conducted by the CBI or the investigation by the SFIO is concerned."