Ship Sinking : After A 23 Year-Old Long Battle Over Insurance Claim, Vessel Owner Gets Relief From NCDRC 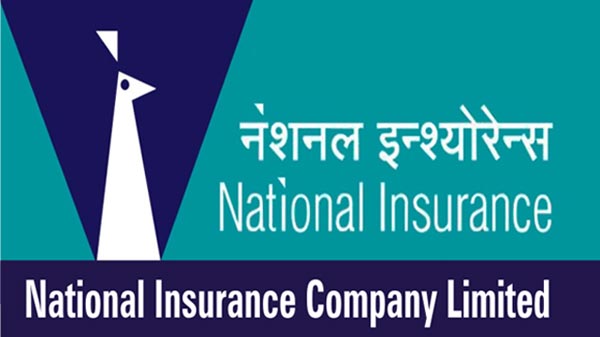 After a rather long struggle over an insurance claim, the NCDRC has directed the National Insurance Co. Ltd. (Insurer) to pay the principal insured amount of Rs. 1.2 cr. plus interest, to the owner of an insured ship vessel. The vessel sank in Oman in 1996 after meeting with an accident, but the crew members on it survived. The order came on a complaint filed by Smt. Kesharben,...

After a rather long struggle over an insurance claim, the NCDRC has directed the National Insurance Co. Ltd. (Insurer) to pay the principal insured amount of Rs. 1.2 cr. plus interest, to the owner of an insured ship vessel. The vessel sank in Oman in 1996 after meeting with an accident, but the crew members on it survived.

The order came on a complaint filed by Smt. Kesharben, who owned the vessel in question, named 'M.S.V. Chamstar'. Kesharben got the vessel insured with National Insurance Co. for a period of one year in 1996.

It was the case of Kesharben that, the vessel met with an accident with the sea rock and sank at Khasab, Oman on the night of 10th April, 1996, while returning from Dubai to Mumbai. At the time the vessel sank, it reportedly had 19 crew members on board. As per the complaint, on sinking of the vessel, all the crew members boarded a boat, were arrested by Oman Navy and kept in jail till their release was arranged, and then were later repatriated to India.

When National Insurance Co. was intimated of the incident of sinking, it appointed various surveyors to investigate the veracity of the loss. However, none of the surveyors explicitly confirmed the sinking, and the manner of sinking of the vessel, in their reports.

On receipt of the surveyors' reports, the insurance company repudiated Kesharben's claim in 2004. The ground taken for rejecting the claim was the lack of substantial evidence in support of the claim of the alleged sinking. The insurer particularly pointed out that not lodging a 'note of Protest' before the Indian Counsel at Oman, and the lack of a relevant Port Clearance Certificate (PCC), further weakened the claim.

The NCDRC observed that the primary question to be dealt with in the complaint was, as to whether the vessel had actually sunk near Oman.

A letter written by the Coast Guard Police Division, of Oman, to a representative of M/s. Webster & Co. (one of the appointed surveyors), was placed before the NCDRC Bench. As per this letter, the Royal Navy of Oman reported that a vessel with 19 Indian crew members, bound for Bombay, had indeed hit a semi-submerged rock and subsequently sunk later.

On perusal of the records placed before the Bench, the NCDRC was of the view it was proven, even beyond preponderance of probabilities that, the vessel named 'Chamstar' had actually sunk near Oman.

With regard to not producing certain documents, the Bench observed that the "Note of Protest" could not be lodged because the crew members were detailed by the Police in Oman for four days. Furthermore, the PCC could not be submitted as it was lost when the vessel sank.

With the incident of sinking established, the Bench found no dispute as regards the principal amount payable to Kesharben for the loss of the vessel, which was insured for Rs.1.2 cr. With regard to the payment of interest and compensation, the Bench repudiated the insurance company's contention that due to non-submission of the 'Note of Protest' and 'PCC', no ground to pay interest could be made out. The Bench was however, of the view that since the insurance company has been enjoying the claimed amount for its own purposes, it could not deny interest to the Kesharben.

As a result of the observations, National Insurance Co. was ordered to pay interest as compensation @9% on principal amount , calculated from 1st Feb, 2003, as per Regulation 9 of the IRDA (Protection of Policyholders Interests) Regulations 2002.

Regulation 9 of the IRDA Regulations gives a maximum period of 9 months to an insurer to take a decision on the claim lodged by an insured.