Can 498A Cases Be Filed In A Place Other Than Where The Cruelty Occurred ? SC To Decide 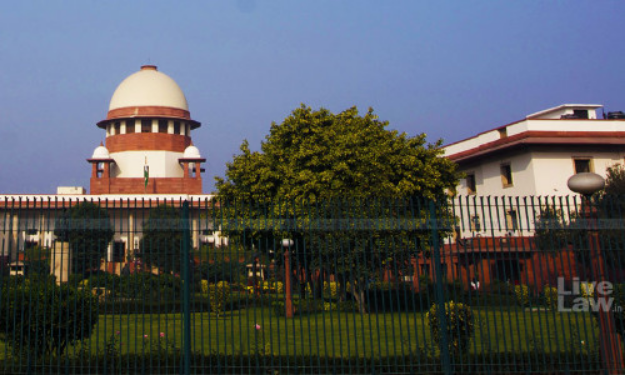 "The question precisely is whether a case of cruelty on account of dowry harassment punishable under Section 498A of the IPC can be registered, investigated and punished in a jurisdiction different from the one from which the aggrieved spouse has been forced out on account of such harassment".

The CJI headed three judge bench of the Supreme Court, may shortly decide whether a case of cruelty on account of dowry harassment punishable under Section 498A of the IPC can be registered, investigated and 'punished' (prosecuted) in a jurisdiction different from the one from which the aggrieved spouse has been forced out on account of such harassment.

Last hearing on this 2012 reference matter was heard on 28th November, last year, by the bench, also comprising of Justice Sanjay Kishan Kaul and Justice KM Joseph. Then, the bench had heard the Amicus Curiae Sidharth Luthra in this matter.

On Wednesday, a similar question arose for consideration before the bench comprising Justice R. Banumathi and Justice Indira Banerjee. Noticing that the issue is pending consideration of the three judge bench, the said case was ordered to be listed after the reference is decided.

In 2012, the then SC bench comprising of Justice TS Thakur and Justice C. Nagappan had found this question 'interesting' while hearing a SLP against High Court order which held that cruelty punishable under Section 498A of the IPC is not a continuing offence, and thus it cannot be investigated or punished in a jurisdiction outside the one in which the matrimonial house of the complainant is situate. In the said case, the High court had set aside the Trial Court order that took cognizance of the offence against the accused.

The bench had observed: "The question that primarily arises for consideration is whether a woman forced to leave her matrimonial house on account of acts and conduct that constitutes cruelty can initiate and access the legal process within the jurisdiction of the courts where she is forced to take shelter with her parents."

Noticing the conflicting dictums in this matter, the bench, while referring the matter had observed: "The decisions appear to be in conflict with each other. At any rate the law as stated in the pronouncements remains rather hazy and fluid. That apart, the question that falls for consideration arises very often and is a question of general public importance. The decisions cited at the bar also need to be reconciled and the apparent conflict resolved.