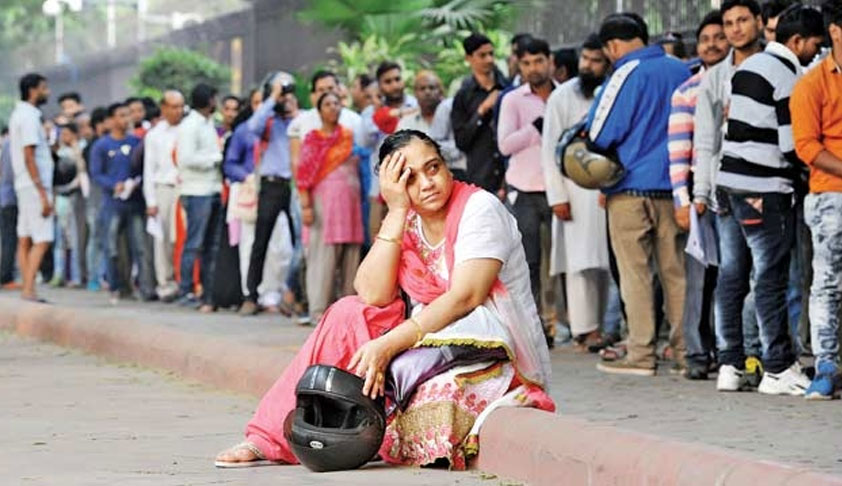 Close to the one-year anniversary of demonetisation, activist brothers Tehseen and Shehzaad Poonawalla have written to the National Human Rights Commission seeking compensation for the families who lost their loved ones due to, what they termed, "impromptu accomplishment by the government".

In their petition before the NHRC, the Poonawalla brothers sought Rs 1-crore compensation for the bereaved families.

The petition cites a number of news reports about deaths caused due to demonetisation, including incidents of people collapsing while waiting in queues outside banks to get the invalid notes of Rs 500 and Rs 1,000 exchanged and children dying because of hospitals not accepting advance deposit in old notes.

The petition said, "In the days following the demonetisation, the country faced severe cash shortages with severe detrimental effects across the country. People seeking to exchange their bank notes had to stand in lengthy queues and several deaths were linked due to the rush to exchange cash.

The scarcity of cash owing to demonetisation let to chaos within the society. People holding old banknotes faced difficulties exchanging them due to endless queues outside banks and ATMs across India. It became daily routine for millions of people waiting to deposit or exchange the Rs 500 and Rs 1000 banknotes since 9th November 2016. The ATMs across country were running out of cash immediately after a few hours of being functional and around more than half of the ATMs within the country were non-functional. Progressive outrage and violence was reported across the country. This led to not only physical injury, but also psychological".

The Poonawallas said since most of the victims of demonetisation belonged to economically weaker section of society for who it is not easy to register any complaint, they have taken it upon themselves to get them justice.

"As a result of this impromptu accomplishment by the government, the society has been betrayed and the economy has been injured,” the petition said, adding that lack of proper planning before demonetisation has violated the right to life and livelihood of thousands.