Fresh Environmental Clearance Must For Expansion Beyond Limits Approved By Prior EC : SC [Read Judgment] 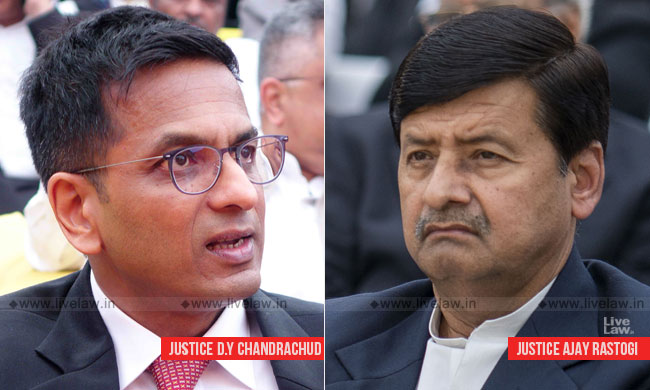 The Supreme Court has held that a fresh Environmental Clearance is necessary for the expansion of a project beyond the limits approved by the prior EC. The Court added that such fresh EC is mandatory, even if the expanded project is within the upper limits prescribed under the Environmental Impact Assessment notification 2006.

In this case (Keystone Realtors Pvt. Ltd. v. Shri Anil V Tharthare & Ors), the project proponent had obtained clearance for the expansion of the project by merely 'amending' the prior EC which was granted by the State Environment Impact Assessment Authority.

Holding that such expansion needed a fresh EC, a division bench comprising Justices D Y Chandrachud and Ajay Rastogi held that "even after obtaining an EC if the project is expanded beyond the limits for which the prior EC was obtained, a fresh application would need to be made even if the expansion is within upper the limit prescribed in the Schedule".

The bench added that the expansion of a property in any form necessarily puts a strain on the local environment and infrastructure and such activities need to be evaluated in a holistic manner.

The Court said that if such an interpretation was not given, a project proponent may incrementally keep increasing the size of the project area over time resulting in a significant increase in the project size without an assessment of the environmental impact resulting from the expansion. Such an outcome would defeat the entire scheme of the EIA Notification, added the Court.

The appellant filed the Civil Appeal against the order dated 11 February 2019 of the Principal Bench of the National Green Tribunal (NGT). In its order, the NGT held that the increase in the total construction area of the appellant's project was "expansion" under a notification (S.O. 1533) dated 14 September 2006 of the Ministry of Environment and Forests. The NGT on examination, found that the appellant had undertaken the "expansion", without complying with the regulatory procedure as laid out in para 2 of the Environmental Impact Assessment (EIA) notification. The tribunal had directed the appellant to deposit an amount of Rupees 1 crore with the Central Pollution Control Board. The tribunal on noting that the construction at the project site has been completed, appointed a five member expert committee to study the impact of the appellant's expanded project and to suggest remedial measures.

The appellant was the project proponent of a residential redevelopment in Mumbai. On receiving a Commencement Certificate to carry out the development and erect a building, the appellant began construction. The total area was 8,720.32 sq.m., when the construction commenced and it was further increased to 32,395.17 sq.m. Under the EIA notification, an Environmental Clearance, was necessary if the total construction area exceeded 20,000 sq.m. Hence the appellant applied for an Environmental Clearance (EC) under the EIA notification. The same was granted the EIA authority on the recommendation of the State Expert Appraisal Committee (SEAC) on 2 May 2013.

On 24 September 2013, the appellant informed the Environment Department of the Govt. of Maharashtra, on further increasing the construction area by 8,8085.71 sq.m., as a result of which the total construction area of the project would stand enhanced to 40,480.88 sq.m. Instead of applying for a fresh EC, the appellant sought an 'amendment' to the EC dated 2 May 2013 to reflect the increase in the total construction area. The third respondent, i.e., State Level Environment Impact Assessment Authority for Maharashtra, granted an 'amendment' to the EC dated 2 May 2013 on the ground that there was only a "marginal increase in the built up and construction area".

The first respondent, who is a resident of Mumbai challenged the grant of the amended EC dated 13 March 2014 before the Pune bench of the NGT.

The Supreme court, while examining the relevant clauses of EIA notification said that, the notification seeks to ensure the protection and preservation of the environment during the execution of new projects and the expansion or modernisation of existing projects. It imposes restrictions on the execution of new projects and on the expansion of existing projects, until their environmental impact has been assessed and approved by the grant of an EC. Emphasising the

Para 2 and para 7 (ii) of the EIA notification which reads:

"2. Requirements of prior Environmental Clearance (EC):- The following projects or activities shall require prior environmental clearance from the concerned regulatory authority, which shall hereinafter referred to be as the Central Government in the Ministry of Environment and Forests for matters falling under Category 'A' in the Schedule and at State level the State Environment Impact Assessment Authority (SEIAA) for matters falling under Category 'B' in the said Schedule, before any construction work, or preparation of land by the project management except for securing the land, is started on the project or activity:
(i) All new projects or activities listed in the Schedule to this notification;
(ii) Expansion and modernization of existing projects or activities listed in the Schedule to this notification with addition of capacity beyond the limits specified for the concerned sector, that is, projects or activities which cross the threshold limits given in the Schedule, after expansion or modernization;
(iii) Any change in product - mix in an existing manufacturing unit included in Schedule beyond the specified range."

"7(ii). Prior Environmental Clearance (EC) process for Expansion or Modernization or Change of product mix in existing projects:

All applications seeking prior environmental clearance for expansion with increase in the production capacity beyond the capacity for which prior environmental clearance has been granted under this notification or with increase in either lease area or production capacity in the case of mining projects or for the modernization of an existing unit with increase in the total production capacity beyond the threshold limit prescribed in the Schedule to this notification through change in process and or technology or involving a change in the product –mix shall be made in Form I and they shall be considered by the concerned Expert Appraisal Committee or State Level Expert Appraisal Committee within sixty days, who will decide on the due diligence necessary including preparation of EIA and public consultations and the application shall be appraised accordingly for grant of environmental clearance."

The court said that the issue in the case was :

Whether the 'amended' EC dated 13 March 2014 granted by the SEIAA without following the procedure stipulated in para 7 (ii) of the EIA notification valid.

The learned counsel for the first respondent, Mr. Aditya Pratap, while opposing the submissions made by the appellant argued that, if the law prescribes an act to be done in a particular manner, it must be done in that manner and no other. He further added that, under para 7 (ii) of the EIA notification, it was incumbent on the SEIAA to place the matter before the SEAC for appraisal and recommendations and also that the EIA is an operationalisation of the precautionary principle, which forms a part of the environmental law of India. The EIA notification must be read in a manner which gives effect to the precautionary principle.

The bench while ruling against the appellant, i.e., Keystone realtors, said that the central controversy between the parties to the present dispute is the manner which paras 2 and 7 (ii) of the EIA notification has to be interpreted. The court said, two crucial points to be noted with respect to paragraph 7 (ii) is that,

It uses the phrase, "expansion with increase in production capacity beyond the capacity for which prior environment clearance has been granted."

The qualifying language referring to breaching the threshold limits "after expansion" is absent.

The court went on to explain that, an "expansion" can occur even after the grant of an EC when the project first crossed the lower limit stipulated in the threshold and it is not necessary for the project to breach the upper limit after the expansion. And therefore, on close reading of para 7 (ii) would support the interpretation put forth by the first respondent, that even after obtaining an EC if the project is expanded beyond the limits for which the prior EC was obtained, a fresh application would need to be made even if the expansion is within the upper limit prescribed in the Schedule.

The court while dismissing the appeal, upheld the directions of the NGT and directed that the committee to evaluate the impact the appellant's project so as to bring its environmental impact as close as possible to that contemplated in the EC dated 2 May 2013 and also suggested the compensatory exaction to be imposed on the appellant.