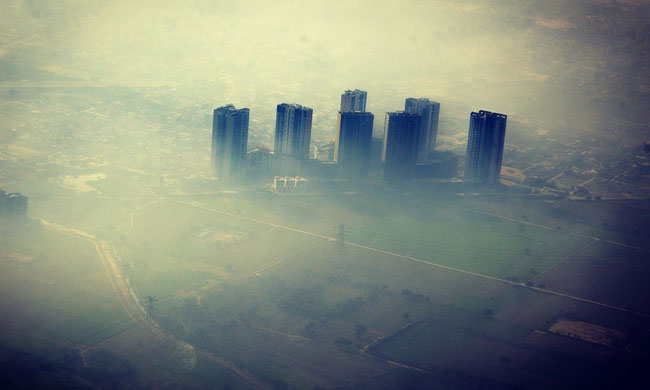 In view of increase in Non Attainment Cities--(From 95 in 2017 to 122 presetly), cities where the Ambient Air Quality, is beyond prescribed norms. The National Green Tribunal has directed the states/Union Territories, to install within one year, assessed Ambient Air Quality Monitoring Stations (AAQMS), which would be connected to a National Portal, connected to server of Central Pollution Control Board (CPCB), and data will be displayed on real time basis.

A bench led by Chairperson Justice Adarsh Kumar Goel said "In default of compliance, SPCB/PCCs, will be liable to pay compensation at the rate of Rs. 5 Lakh per month starting from 01.01.2021.Failure may also be reflected in the ACRs of the Member Secretaries of SPCBs/PCCs."

As per criteria which has been evolved based on population and area of the cities, around 800 CAAQMS and 1250 Manual Stations are required in addition to the existing ones. At present, the proposal is to install 202 CAAQMS, in 114 cities, out of which process to install 152, is underway.

The bench observed "The MoEF&CC has by various notifications put restriction on activities in Coastal areas, Flood plains, Taj corridor Eco-sensitive zones, etc. in view of ecological sensitivity and impact of such activities on the environment if such activities are carried out in unregulated areas. This needs to be extended to the NACs in view of impact on public health and environment to give effect to the Precautionary' and 'Sustainable Development' principles."

The tribunal further directed State/UT's to review master plans, which may now be carried out in the light of the ongoing studies, within six months. Also immediately evolve a mechanism for shifting industrial units from residential areas. If not complied with concerned States/UTs will be liable to pay compensation at the rate of Rs. 5 lakhs per month after the stipulated timeline. The compensation may be recovered by the States/UTs from the erring officers and appropriate entries may also be made in the ACRs of the concerned Heads of the Departments.

Responding to the setting up of public grievance redressal mechanism, which only 38 cities have developed it. Tribunal said, "The system may be developed for the remaining NACs and report furnished by the SPCBs/PCCs to CPCB within two months. In default, SPCBs/PCCs concerned will be liable to pay compensation at the rate of Rs. 2 lakhs per month, from February 1, 2020."

Observing that afforestation is one of the mitigation measures against air pollution. Tribunal suggested to Ministry of Environment Forest and Climate Change and concerned States/UTs whether a part of CAMPA funds can be utilized for special afforestation drive in 122 NACs.

Also suggestion is made for authorities to consider including Emergency Response System (ERS), in case of curbing Air Pollution, as part of disaster management in the State Disaster Management Authorities, which may be placed in public domain.