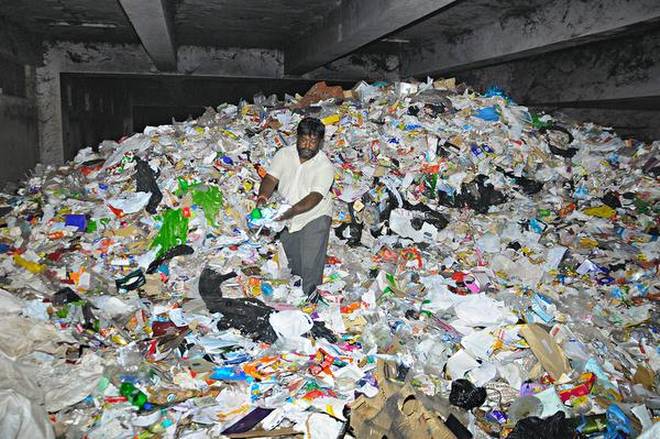 The National Green Tribunal (NGT), Principal Bench has directed the CPCB (Central Pollution Control Board) to implement a proper mechanism for plastic waste management, on a plea filed by petitioner Amit Jain.

The NGT was considering a remedial action against cheap waste paper and the import and export of waste for firing of brick kilns. As per Amit Jain, almost 900,000 tons of hazardous waste is being imported.
In the earlier hearing, CPCB suggested potential remedial measures to the Principal Bench, such as, restriction on import of plastic waste and proper management of hazardous waste, and had also issued certain guidelines. The NGT had then directed the Board to restrict the import of plastic waste, and submit an 'action taken' report on the implementation of its guidelines on plastic waste management.
The Report submitted by the CPCB acknowledged the lack of proper mechanism for plastic waste management, which was either being dumped in open or, burnt in brick kilns, resulting in pollution. The Bench observed that, the only action taken by CPCB was further issuance of directions to Ministry of Environment, Forest and Climate Change (MoEF&CC) to deal with the issue of import and export of hazardous and other wastes.

The NGT Bench headed by Justice Adarsh Kumar Goel, Chairperson, was not convinced by the efforts of the CPCB and was of the view that mere submission of report was not adequate action. The Principal Bench told the Board to oversee the compliance of its directions and, to take up the matter of illegal import with the concerned authorities, being a statutory regulator.

In conclusion, the NGT's order required the CPCB to take further steps in the matter and file the report before the next date of hearing by e-mail at [email protected]
The matter will be next heard on 16th October, 2019 for further consideration.
TO DOWNLOAD THE ORDER, CLICK HERE.
Tags#National Green Tribunal #NGT Principal Bench #Restriction on import of hazardous waste #Mechanism for Plastic waste management #CPCB
Next Story
Similar Posts
+ View more
Law Firms
+ More