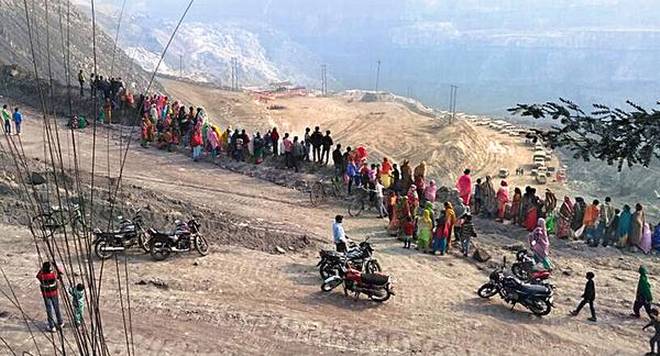 The NGT has directed the state authorities of Jharkhand to take action against the damage being caused to the hills of Raj Mahal (Sahebganj Dist.), Jharkhand by illegal mining and operation of stone crushers.

The NGT, Eastern Zone Bench (EZ) initiated proceedings in the matter, based on a letter sent by one Ramchandra Chaurasia. The Tribunal (EZ) directed the Jharkhand State Pollution Control Board (JSPCB) and the Divisional Forest Officer, Sahebganj, to jointly look into the matter and take appropriate actions.

The Tribunal dealt with a similar issue in another matter (Syed Arshad Nasar v. Union of India & Ors). In Syed Arshad Nasar, a Joint Committee comprising of representatives from the CPCB (Central Pollution Control Board), MoEF&CC (Ministry of Environment, Forest and Climate Change), SEIAA (State Environment Impact Assessment Authority), Jharkhand, was constituted by the Tribunal to look into the matter.

The Committee formed in Syed Arshad Nasar, submitted an inspection report dated 6th june 2019 on the issue in the present case as well. Certain recommendations formed a part of the report, such as immediate closure of abandoned mines, arrangement of pollution control systems near site, increasing the number of technical staff engineers in JSPCB, and immediately stopping illegal stone crushers from causing menace to the ecosystem and other sensitive flora and fauna.

In view of the deficiency in the report, the Tribunal (EZ) directed the Committee to furnish a further report with specific details of non-conforming stone crushers and mines. JSPCB was also told to take action against non-conforming stone crushers and mines such as assessing and recovering compensation for damage to the environment on 'Polluter Pays' principle. JSBCP was directed to submit a report on action taken within a month.