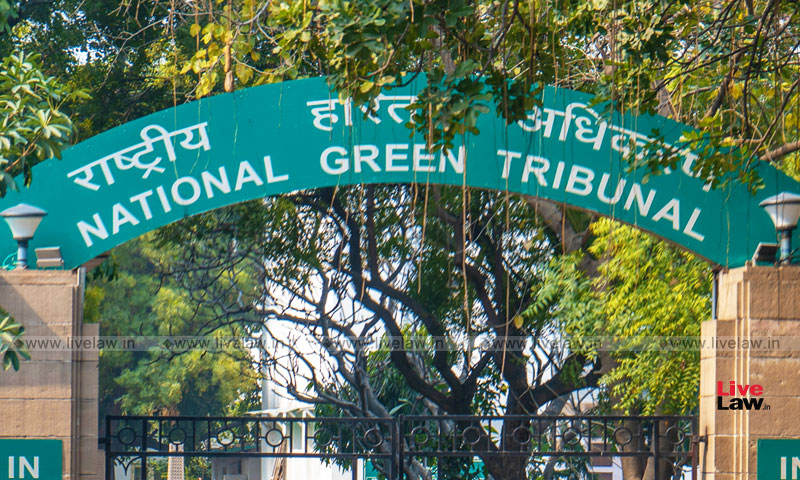 The Principal Bench of National Green Tribunal has imposed a penalty of Rs 35 Crore on the Jammu & Kashmir administration for failing to prevent the discharge of untreated sewage into the Doodh Ganga, which is a major tributary of river Jhelum, and Mamath Kull (stream) in Kashmir valley's Srinagar and Budgam districts.

"It is seen that there are serious lapses on the part of the Administration in waste management and in failing to control illegal mining which has resulted in huge damage to the environment and public health. Remedial action is inadequate on the ground. The same is more in the nature of future promises without much accountability for the past failures," the bench headed by NGT's Chairperson Justice Adarsh Kumar Goel said in the order dated October 14.

The bench said, "Following the recent orders on the subject, we fix compensation for discharge of untreated sewage in the drain at Rs.32 crore and for failure to process solid waste at Rs.3 crore. We had earlier levied interim compensation of Rs. 3 Crores which may be adjusted."

It added that remaining of Rs. 32 Crores be deposited by the State "in a ring fenced account to be operated as per directions of the Chief Secretary for restoration of the Environment which will include preventing discharge of sewage in unscientific manner in drains or otherwise and improving the water quality of the drain. Part of the amount may be utilized for restoration of legacy waste dump site and for remediation of the leftover legacy waste."

Observing that accountability must be fixed on the principle of 'polluter pays', the bench said the nagging problem of waste management stares the administration in the face and remains unresolved to the detriment of environment and public health. The lack of good governance and determination is responsible for the situation which needs to be remedied soonest, it added.

"First change required is to set up a centralized single window mechanism for planning, capacity building and monitoring of waste management at the State level. Of course, local authorities have to do their duty and stock taking at the district levels may continue but subject to supervision and control of such mechanisms. It should be headed by an officer of the rank of Additional Chief Secretary with representation from concerned departments – Urban Development, Rural Development, Environment and Forest, Agriculture, Water Resources, Fisheries and Industries," it said in the order.

It added the panel's functions should include preparing a comprehensive blueprint, periodic review of progress in bridging the gaps in sewage and solid waste management and establishing continuous interaction with the stakeholders, including experts and institutions, concerned departments, community members and all other stakeholders.

In the case filed last year, RTI activist Dr Raja Muzaffar Bhat apprised the NGT that rivers Doodh Ganga and Mamath Kull have been subjected to pollution of the pesticides emanating from apple orchards, discharge of untreated sewage and dumping of municipal solid wastes from the area falling under Srinagar Municipal Corporation and Municipal Committee of Budgam.

The State was also held liable to pay interim compensation of Rs. 3 Crores to be spent for restoration. However, the authorities still failed to prevent the discharge of untreated waste into the rivers.

"A part of legacy waste has been removed but there is nothing to show that the same has been scientifically processed/handled," the NGT noted in its order.

The UT administration in response had told the NGT that it had prepared an action plan. However, the NGT said there appears to be need for change in approach "in realising that remedial action cannot wait for indefinite period nor loose ended-timelines without accountability"

"It appears to be necessary to brain storm with available experts and other stake holders in the State at different levels, evolve models for both solid and sewage management which can be fast replicated, initiate special campaigns with community/media involvement in the larger interest of protecting environment and public health with determination for prompt action," it emphasised.

The NGT noted that 116.23 MLD of untreated sewage is being discharged into the Doodh Ganga and only about 90 MTs of legacy waste has been removed from the banks of Doodh Ganga using men and machinery of Municipal Committee Chadoora which also remains unprocessed.

"Thus, there is violation of SWM Rules, 2016 which lay down timelines for taking steps which have already expired without such steps having been taken. Further, there is violation of judgment of Hon'ble Supreme Court in Paryavaran Suraksha Samiti Vs. Union of India, supra, requiring steps for setting up of necessary STPs within the timeline mentioned therein which have expired," it said.

Huge damage has been caused by illegal mining but beyond stopping illegal mining and recovering small amounts, compensation commensurate with the damage already caused has not been recovered, it added.

"There is nothing to show that compensation recovered covers the cost of restoration with a deterrent element having regard to the value of illegal mining. The State PCB in coordination with the concerned Departments may take further action in this regard failing which the State itself will be liable to pay compensation for failing to perform its duties," warned the NGT.

The NGT further said that while addressing the issue on bridging the gap in management of the solid waste, its segregation at source and its earliest processing nearest to the point of generation with defined destination is imperative.

"In particular, adequate compositing/vermicomposting/bio-methanation centers need to be set up and upgraded nearest to the source of generation of wet solid waste, listing people's involvement This may also require de-centralized waste processing facilities. Waste generators can themselves be required to process the waste under guidance and handholding by the Administration, with the assistance of identified empaneled service providers and such details may be posted on State's/Center's GeM portal," it observed.

Instead of creating more dumping sites for only dumping of waste generated on a day-to-day basis, waste processing plants of adequate capacity should be set up so that no further legacy waste is generated, the bench said.

"Legacy waste sites must be maintained free from fires and safety of workers engaged should be ensured. Such sites may be fenced with row of trees or wall, as may be viable, for aesthetics, preventing foul smell and safety," the NGT observed.

The NGT has also emphasised that sanctity and significance of natural storm water drains needs to be maintained.

"It is evident from the data that huge amount of untreated sewage is being discharged into rivers or otherwise has to be avoided and managed without mixing in storm water drains/rivers/waterbodies," it said.

Even where STPs of adequate capacity have been set up, the capacity is not fully utilized and standards of water quality are not always met, the NGT said and directed the authorities to look into the aspect.

"The restoration measures with respect to sewage management include identifying sites for setting up of sewage treatment and utilization systems, upgrading systems/operations of existing sewage treatment facilities to ensure utilization of their full capacities, ensuring compliance of standards," it added

The NGT in the order also said that it is the constitutional responsibility of the State and the Local Bodies to provide pollution free environment and to arrange necessary funds from contributors or others. "Being part of the right to life, which is also a basic human right and absolute liability of the State, lack of funds or other resources such as land (sites for waste management) cannot be pleaded to deny such right," it said.

Seeking an action taken report in pursuance of the order particularly with reference to setting up of decentralised and centralised STPs and stopping discharges from waste discharging points to Doodhganga and Mamath Kull, the NGT has asked Principal Secretary, Urban Development, J&K to remain present on the next date through VC.

"Further, 90 MTs shifted solid waste to other site be remediated including already existing legacy waste and providing status on waste processing plants may be filed," it said while listing the matter for consideration on 24.05.2023.