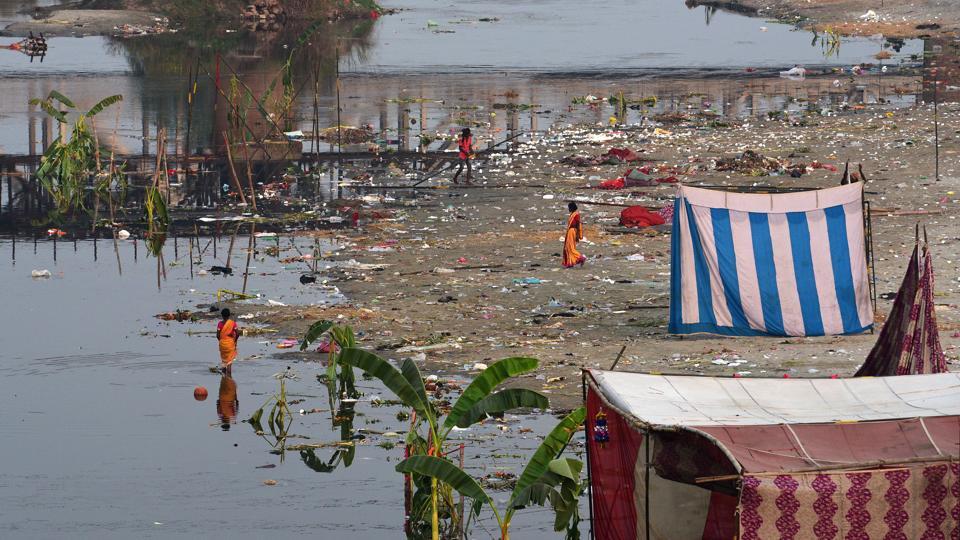 The NGT Principal Bench has directed reconstitution of a Monitoring Committee to deal with the pollution of river Sutlej and its tributaries, and solid waste management issues in the Punjab, by substituting Justice Jasbir Singh (former Judge, Punjab and Haryana High Court), in place of Justice Pritam Pal. Justice Pritam Pal (former Judge,...

The NGT Principal Bench has directed reconstitution of a Monitoring Committee to deal with the pollution of river Sutlej and its tributaries, and solid waste management issues in the Punjab, by substituting Justice Jasbir Singh (former Judge, Punjab and Haryana High Court), in place of Justice Pritam Pal.

Justice Pritam Pal (former Judge, Punjab and Haryana High Court) is the Chairman of the 'Executing Committee' constituted by the NGT. The Committee was constituted with the purpose of overseeing the execution of orders of the NGT to remedy the pollution of River Ghaggar.

The matter was considered by the NGT upon receiving a letter in September 2019 from Justice Pritam Pal. The letter suggested the constitution of another Committee, having regard to the magnitude of monitoring work.

The river Ghaggar originates in Himachal Pradesh and ends in Rajasthan, and is included by the Central Pollution Control Board (CPCB) in the list of 351 polluted river stretches of the country, 'priority – I category'. The 'priority – I category' is one of highest pollution, having BOD (Biochemical Oxygen Demand) of more than 30 mg/l, as against the prescribed standard of 3mg/l. To execute a remedial plan for the river, the NGT has been considering the matter for more than five years.

Considering that the Water (Prevention and Control of Pollution) Act, 1974 prohibits discharge of untreated effluents in any water bodies, the Tribunal has previously issued directions for enforcement of the said statutory provisions – which need to be enforced by the State Pollution Control Boards (SPCBs).

The Tribunal had also directed the constitution of the Executing Committee in 2018, headed by Justice Pritam Pal. The purpose of the Committee was to monitor the progress and oversee preventive and remedial action, so as to restore the water quality of the river Ghaggar to the prescribed level. A report submitted by the Committee mentioned the level of water quality at different locations and also noted depletion of groundwater resources, and a need for utilisation of treated sewage.

Remedial action for restoration of 351 identified polluted river stretches is already under consideration by the Tribunal in a separate matter, wherein the Tribunal had directed the Chief Secretaries of all the States and UTs to monitor the progress and take remedial steps in a time-bound manner. Monitoring Committees for execution of the NGT's orders, with reference to pollution of certain rivers including Ganga, Yamuna and Sutlej, have been set up following earlier orders of the Tribunal. The letter sent by Justice Pritam Pal in September 2019, points out the need for constitution of another such Committee for the effective implementation of remedial plans for the rivers.

In view of the letter, and having regard to the magnitude of work to be undertaken, the NGT has directed the reconstitution of the monitoring committee dealing with the polluted river stretches of River Sutlej and its tributaries, and solid waste management issues in Punjab. The Tribunal also added Ms. Urvashi Gulati (former Chief Secretary, Haryana) as a Member, with regard to dealing with river Ghaggar, and solid waste management of Haryana and Chandigarh.

The matter will be heard next on 22.11.2019 for further consideration.