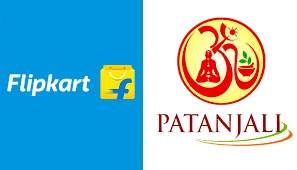 While submitting a report before the National Green Tribunal (NGT), the Central Pollution Control Board (CPCB) has stated that show-cause notices have been issued To Flipkart and Patanjali Peya for the closure of their operation and levying environment compensation.

Notably, this report has been submitted with regard to the tribunal's latest direction wherein the Central Pollution Control Board was asked to submit an action taken report against manufacturers and e-commerce websites who use 'excessive plastic packaging material'.

As per the report submitted by the CPCB before the NGT, it has taken the following Actions in compliance with the Directions of NGT:

(a) Show Cause Notices served for Closure of operations & Levying EC: It has been submitted by the CPCB in its report that two firms namely M/s. Patanjali Peya Pvt. Ltd. & M/s. Flipkart Private Limited, are not registered with CPCB and they have not responded to CPCB's communications on the matter.

Accordingly, the report states, Show Cause Notices under Section 5 of the Environment (Protection) Act, 1986 (dated October 08, 2020) have been issued to these units for the closure of their operation and for levying of Environment Compensation for non-compliance of provisions of PWM Rules, 2018.

However, the report states, they have not provided information for evidence-based assessment of implementation of Action Plan for the fulfilment of Extended Producer Responsibility (EPR) liability.

Accordingly, it has been submitted by CPCB that show Cause Notice under Section 5 of the Environment (Protection) Act, 1986 dated October 08, 2020 (Annexure 111- VI) has been issued to these firms for levying of Environment Compensation for non-compliance of provisions of PWM Rules, 2018.

Since, the report maintains, it will be for the first time that such an Audit shall be conducted, a committee has been constituted to deliberate and suggest a mechanism for conducting Environmental Audit as well as specify the agencies which can be engaged for such Audits.

The report also states that directions under Section 5 of Environment (Protection) Act, 1986 dated October 06, 2020 have been issued to all SPCBs/PCCs for identification of the Brand owners/ producers who are operating without Registration from SPCB/PCC/ CPCB in their State/UT and to take action against the defaulting units as per provisions of PWM Rules, 2018 which may include the closure of their operations, and levying Environmental Compensation.

Further, the report clarifies that CPCB receives applications for Registration under Rule 13(2) of PWM Rules. Applications are examined by CPCB and clarification/information, if any, are communicated to the applicants.

However, the report further says, many such applicants have not responded to CPCB's queries. As the applicants are non-compliant during this period, list of such applicants has also been forwarded to the State Board for taking action against the defaulting units as per provision of PWM Rules, 2018 which shall include closure of their operations, and levying environmental compensation.