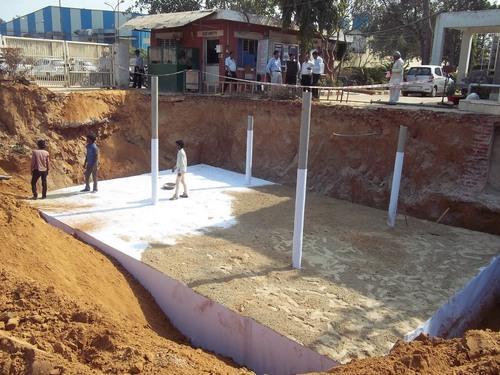 The NGT has issued directions to Delhi Jal Board (DJB), Central Pollution Control Board (CBCB) and Ministry of Jal Shakti for installation of Rainwater Harvesting Systems (RWH) in view of the depleting levels and contamination of potable ground water.

Proceedings were initiated suo moto by the Tribunal, based on a news item dated 19th June 2015 in the Hindustan Times highlighting the problem of water quality on account of contamination of ground water. The Tribunal stressed on a need for a comprehensive plan for ground water management, and regulation of extraction of ground water, apart from revival and rejuvenation of water bodies. Subsequently, the NGT Principal Bench decided to constitute an independent Monitoring Committee, to be headed by Justice S.P. Garg (former Judge of Delhi High Court), to prepare a time bound action plan to deal with the problem.

The independent Committee gave its first report on 18th February 2019 and dealt with the issue of revival and rejuvenation of water bodies. The report suggested measures to check over exploitation of ground water, and mentioned that 15% of Delhi ground water have reached below 40 meters. A detailed action plan involving decentralized sewage treatment plants, a comprehensive plan to prevent illegal use of groundwater by industries and big institutions, etc. was also presented in the report.

When the second report submitted by the Monitoring Committee came up for consideration in the last hearing, it was found that out of 34 units of ground water resources, 22 are 'over exploited' (dark blocks), 2 are 'critical', 7 are 'semi critical' and 3 are in 'safe' category. The report highlighted that over use of ground water for drinking, irrigation and domestic purposes was resulting in rapid depletion of ground water.

On considering the report, it was felt that water bodies needed to be restored by recharging borewells, water shed development, intensive afforestation and campaign. The Committee suggested that all Government buildings have to make a provision for RWH, and DJB has to implement RWH systems in Government buildings not maintained by PWD.

In the report, the Committee informed the Tribunal about the presence of illegal borewells in many schools and found faulty water meters reflecting lower consumption of water than what was actually being consumed, in the NCT. The report reflected the necessity to seal such illegal borewells.

The misuse of water bodies for cultural or religious festivals, which caused a threat to such water bodies, found a mention in the report. It was also observed that free supply of water by the government was resulting in injudicious use of water.

The Principal Bench said that while NGT is dealing with the interlinked issues of water utilization and better management of water, the issue of rain water harvesting has not been specifically taken up for universal remedial action. Accordingly, the Bench expressed its view that the issue of rain water harvesting needs to be taken up for the entire country.

Appreciating the efforts made by the Committee, the Principal Bench issued certain directions to various authorities, while the pendency of the next report. The DJB was directed to prepare an action to ensure that rain water harvesting systems are installed in all Government buildings and group housing societies. Furthermore, as per directions, the existing Government buildings and group housing societies buildings where roof top RWH has not been installed, are required to furnish a declaration of compliance upto 31.12.2019.

The NGT has directed the Committee to give its further report by 30th November 2019. The matter will be next heard on 09th December 2019 for further consideration.