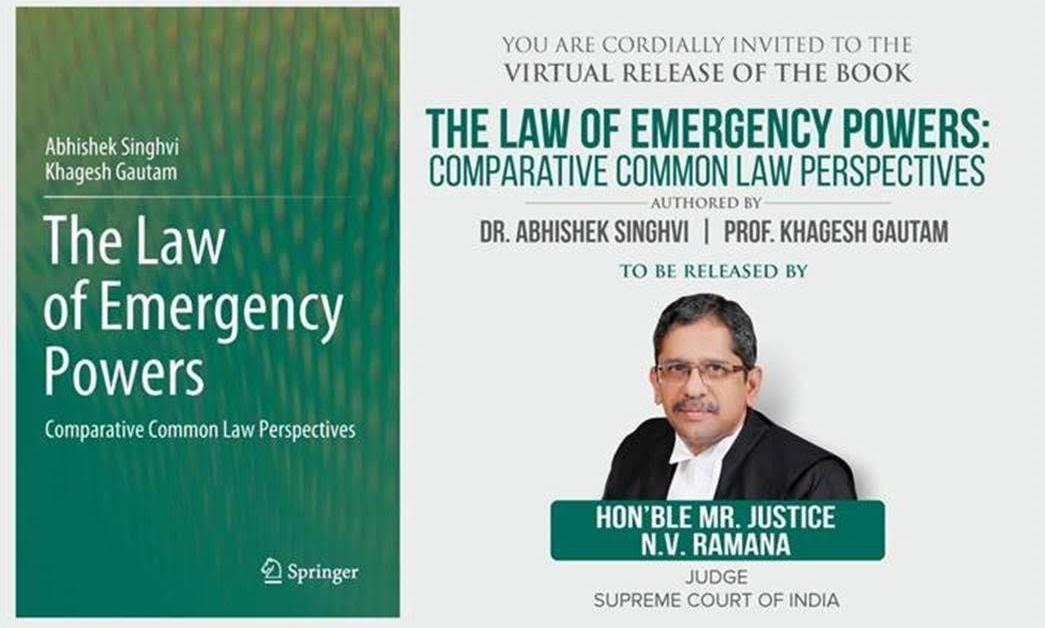 The book covers the various positions on external emergencies as opposed to internal emergencies, economic/financial emergencies, and emergent inroads being made into state autonomy by the central or federal governments, through use of powers like Article 356 of the Indian Constitution.

The book investigates questions in the context of emergency powers as judicially understood in India, USA, and UK. The historical analysis of article 34 of the Indian Constitution, careful balancing of constitutional powers in the event of an economic emergency, the 'post-Bommai' discussion that shows just how effective the Supreme Court's historic 9-judge bench decision in the famous S. R. Bommai case, and other such interesting sub-parts of this book offer deep insight into the law and history of emergency powers in India.

Reflecting on his experience at the Supreme Court Bar, Dr. Abhishek Manu Singhvi, Senior Advocate, Supreme Court of India said, "This work is the result of many years of hard work and patience. The work you see here today was originally prepared as my doctoral dissertation in Cambridge in 1985. The Supreme Court of India is not said the most powerful Supreme Court in the civilized world for no reason. Our Court is the only apex court in the common law world that has declared proclamations of emergency to be unconstitutional. It is not an easy thing to do. When examined in a comparative perspective, we can learn much about the manner in which a constitutional power ought to be exercised and the manner in which it is actually exercised. The wealth of citations and references in this work, and the discussion and treatment of specific issues, I hope, would be found useful by all the members of the Bench and the Bar."

Highlighting some of the aspects of this work, Professor Khagesh Gautam, Associate Professor, Jindal Global Law School said, "Study of emergency powers in India is limited usually to article 356 of the Constitution. This work takes a more comprehensive approach. Not only does this work provide a comprehensive discussion of articles 352 and 356, it finally fills the gap by providing a detailed treatment of article 360 which is perhaps one of the most academically ignored provision of our Constitution."

The event can be accessed live here: