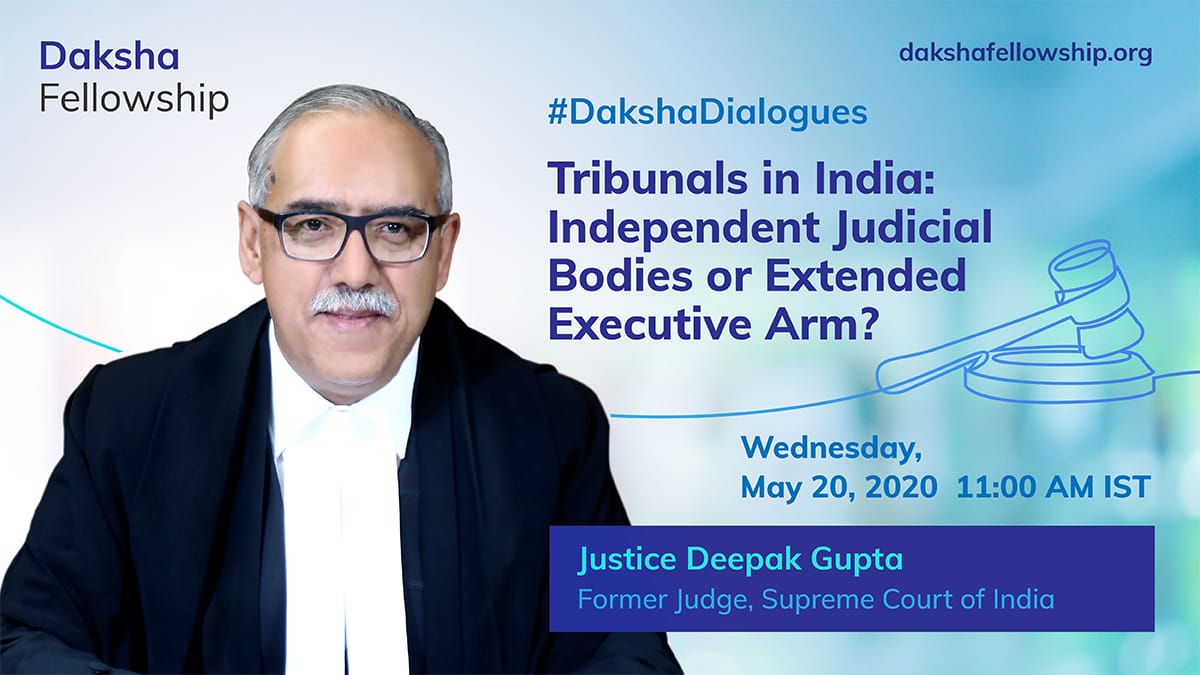 Daksha Fellowship is organizing the next episode of #DakshaDialogues. Justice Deepak Gupta will be in a conversation with Dr. Ananth Padmanabhan, Dean, Daksha Fellowship.

Justice Deepak Gupta, a former judge of the Supreme Court of India, was part of the 5-judge bench in Rojer Mathew v. South Indian Bank. This important case dealt with a legislative measure that struck at the heart of judicial independence – the restructuring of tribunals. The Ministry of Finance had introduced an entire Part XIV in Finance Act, 2017, doing away with the existing process for the selection of members to twenty-six different tribunals. In a single stroke, eight such tribunals were abolished and their functions merged with seven other tribunals without properly taking stock of the capacity and existing worklog in these seven tribunals. He had famously struck a part-concurring, part-dissenting note in Rojer Mathew.