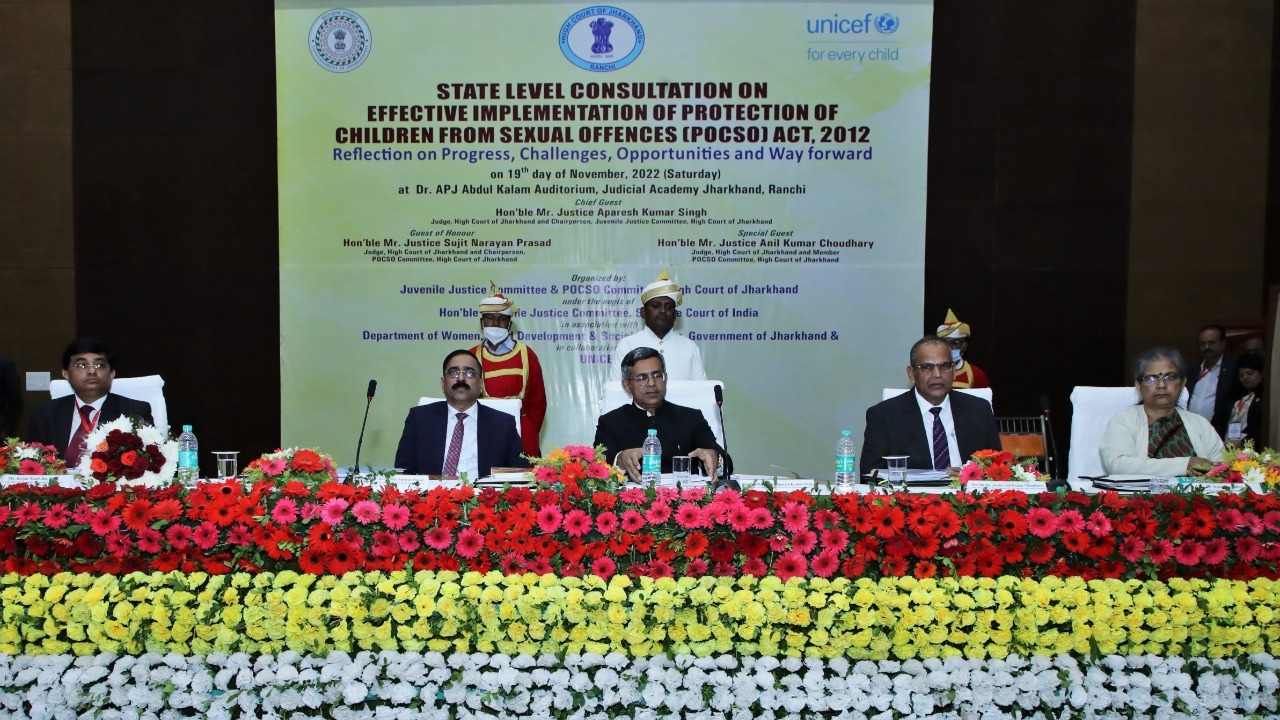 A grand state- level consultation on "Effective implementation of Protection of Children from Sexual Offences (POCSO) Act, 2012- Reflection on Progress, Challenges, Opportunities and Way Forward" was organized by the Juvenile Justice Committee and POCSO Committee, High Court of Jharkhand in association with Department of Women, Child Development and Social Security, Govt. of Jharkhand and in collaboration with UNICEF, India at Dr. APJ Abdul Kalam Auditorium, Judicial Academy, Jharkhand on 19th of November, 2022.

There were three Technical Sessions in the Consultation, Chaired by

Key Highlights of the speech of Justice Aparesh Kumar Singh

Key Highlights of the speech of Justice S.N. Prasad

Key Highlights of the speech of Justice Anil Kumar Choudhary

The Multi Stakeholder State Consultation was a huge success with active participation of officers from all Departments as it was the need of the hour, being ten years of the enactment POCSO Act, 2012. The role of every stakeholder was reiterated in the Consultation and the way forward was also deliberated upon in detail. This Consultation was to define and discuss the best practices in the State of Jharkhand in relation to POCSO Matters and we look forward to the National Consultation of Juvenile Justice Committee, Supreme Court of India in New Delhi next month.